If you’re travelling to Tučepi, the fastest way is via the airport in Split. Along the beautiful coastal road, you’ll drive through the small town of Omiš further south. After about 50 kilometres, you’ll come to a sign with red letters on a blue background – ‘Makarska Riviera’. Follow this to the eponymous town of Makarska and then to Tučepi, which is the future home of the 4-star hotel, TUI BLUE Jadran. Miri and I turned the tables and went back the other way to explore some of the most beautiful cities in the region of Dalmatia for you.

In the shadow of the Biokovo

Like the entire riviera, Makarska lies in the shadow of the towering mountain Biokovo. The views we took in from the promenade were picturesque. While looking towards the Adriatic Sea, we saw the dreamy harbour with its small yachts, well-stocked tour boats, and azure waters. Turning around, we saw the historical buildings of the town in the shadow of the highest peak of the massif, Sveti Jure. Just a few kilometres from the coast as the crow flies is the 1,767-metre mountain. It’s an incredible panorama that a camera can’t do justice to. 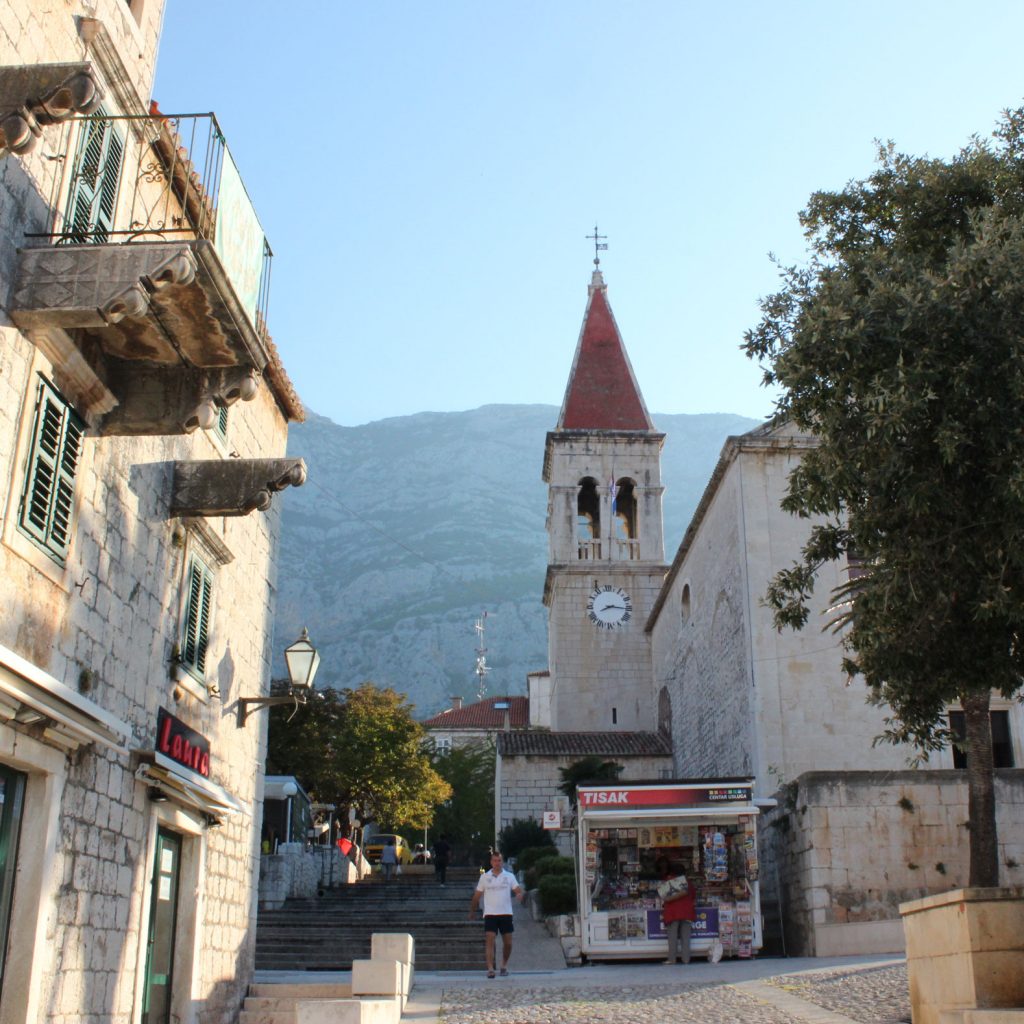 Our travel companion Natalia told us about the ancient Roman settlements, which form the foundations of the city. On the outskirts of the port is a cave, in which you’ll find Deep, the most popular club in the city. Underground-house music brings night owls here regularly. Unfortunately, it was too early for us to hit the dance floor. So we left Makarska after a short visit and continued north.

Pirates of the Adriatic 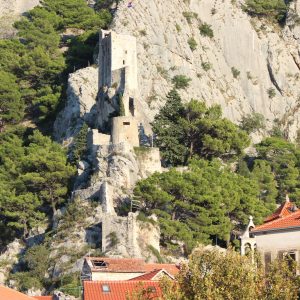 Omiš also has Roman roots, but the true rulers of the place for a long time were the corsairs. As we quickly discovered, the successful pirates left traces everywhere. The Mirabella Fortress, for example, perched above the mouth of the river Cetina, was built in the 13th century. From here, the buccaneers planned out their attacks on merchant ships crossing the Adriatic Sea. It’s less rough today. Locals and visitors alike regularly celebrate pirate nights, during which they follow in the footsteps of pirates. Miri and I chose to stay in our shoes and explore the many streets of the Venetian-inspired old town. After that, it was time for a short break to try the alleged “best burger in all of Croatia”. The Mediterranean version of the patty on a bun, with arugula, feta and zucchini, tastes fantastic. Now well-nourished, we continued our ride towards Split.

The temple built in Split

What caught our attention as our small group approached the unofficial “Capital of Dalmatia” were the socialist buildings, which, like castles, rose to form Split’s skyline. While we moved through the skyscraper canyons with their ramshackle charm, we still couldn’t imagine where a
World Heritage Site could be hidden here.

As we then arrived at the port, however, the historic city centre stood out with its Mediterranean flair. To our left we saw the main square, which, with its neo-renaissance buildings, strongly reminded us of St. Mark’s Square in Venice, and on our right was the Riva waterfront, which brought us abruptly to the Côte d’Azur.    From the snow-white boulevard we went through an underground passage into the Palace of Diocletian. Diocletian was the only Roman emperor who voluntarily stepped down; after doing so, he chose the Croatian coast for his retirement home. According to Natalia, the almost Oriental-style passage, with its numerous small stalls, is so well preserved because the citizens of Split dumped their garbage here for decades, 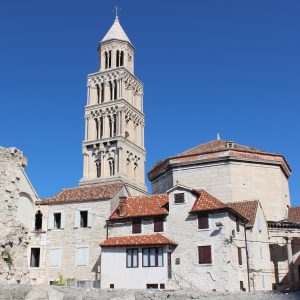 As we stepped out into the blazing sunlight at the other end of the tunnel, we were surrounded by ancient columns and gates in a small square in the middle of the old town. On the right, we found a black sphinx that sits in front of a temple. It was the mausoleum of Diocletian’s Palace, today known as the Cathedral of St. Domnius. We were loving the different architectural styles that have mixed together here over the centuries. Each narrow way and backyard holds a discovery and opens up new insights into the history and life in Split.

With flat feet, a bulging memory card in our camera, and great impressions, we finished off the day with some delicious Cevapcici and made our way home. One thing is certain before the opening of the TUI BLUE Jadran in Tučepi: You will not be easily bored in Croatia!