We went rafting on the trail of the famous fictional Apache chief. The Winnetou movies with Pierre Brice and Lex Barker are cult classics in Central Europe. The Western films based on Karl Mays’ popular novels were shot on the Adriatic coast in Croatia. Today, the region of Dalmatia is a popular tourist destination with its rugged karst landscape. The high-contrast, primeval landscape is not only beautiful to look at, but it’s also full of action. To see if we could be convinced of this, Miri and I were unceremoniously put on a plane to Split.

Rafting on the river Cetina

The possibilities for adrenaline-charged experiences are diverse. Whether climbing the rugged karst mountains, paragliding over the turquoise sea, zip-lining at dizzying heights, or adventurous rafting on the river Cetina – everyone gets their money’s worth here. We decided spontaneously to try the latter. 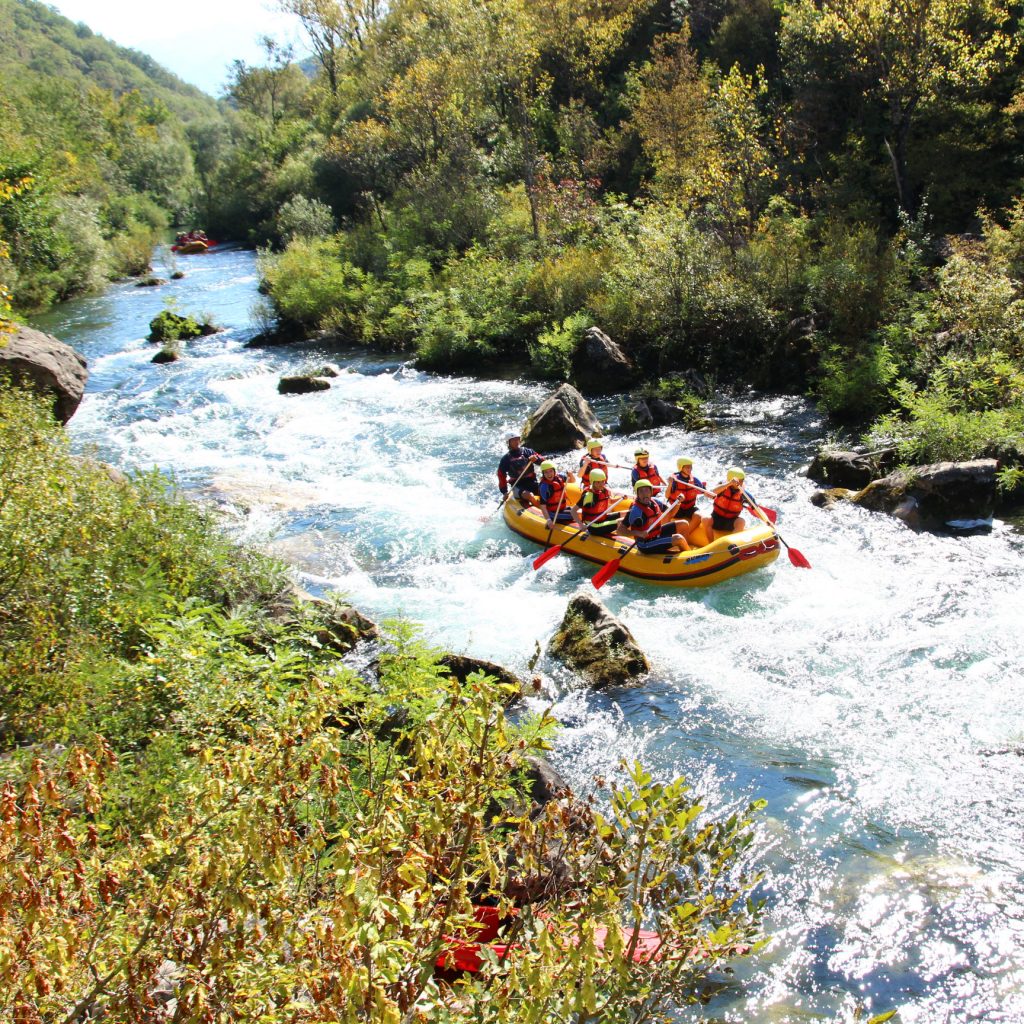 We were picked up early in the morning and drove along the meandering coastal roads towards Cetina. When we arrived at the river, the hostess, Snježana, was waiting for us with open arms. Over coffee and small treats, we got to know our fellow riders and the helmsman, Baćo, who gave off the impression of an experienced mariner. So there was no reason to fear! After that, the new crew of the yellow rubber boat all squeezed into their wetsuits. With a helmet, life jacket, and water shoes on, it was time to go!

With a paddle in our hands, we sailed leisurely at first on calm waters 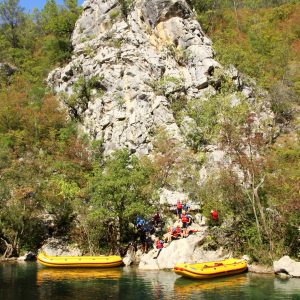 and took in the spectacular scenery, but the peaceful period would soon be over. We crossed into the first rapids, the water sprayed us, and the fun factor was ratcheted up!

After exhilarating segments, we reached a place where we, as beginners, weren’t allowed to keep going. Our route then took us through a dark cave, where we passed a waterfall and climbed up through a rocky passage back toward the daylight. We took a short, less exciting walk down a picturesque mountain path. 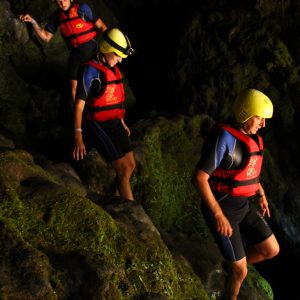 Our group then reunited and we continued our adventures on the river Cetina. What followed was the most demanding part of the tour. Baćo suddenly shouted: “Bomba!” It was time for us to take cover. We were tossed about as a big wave hit the boat. Just as we’d imagined whitewater rafting! It then became gradually quieter, but it wasn’t over yet for the adrenaline junkies. Courageous people could leap off a six-metre cliff into the cold mountain water. We preferred to admire the primal, wild landscape around us. Finally, we passed the famous Winnetou rocks in our boats. When it’s very quiet, you can still hear him, the chief of the Apaches. 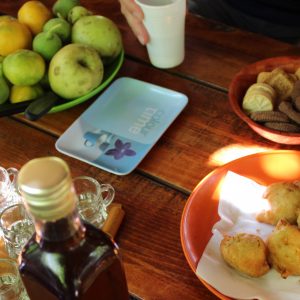 After about four hours, the trip was over. Tired, but with beaming faces, we drove back to the rafting base and socialised with some homemade herbal schnapps.  One thing is certain – we’ll go back to the river Cetina! By the summer 2017, the TUI BLUE Jadran Tučepi will open its doors for you and for us. We have spoken!