Are you familiar with the smell of freshly baked bread? Delicious! That scent wafts through the restaurants at the TUI BLUE hotels in Turkey every morning. Roasting fragrances and notes of fresh yeast make every guest salivate, including me. I followed the fresh bread aroma and found myself in the hotel’s in-house bakery. What did I see there? I’ll tell you now!

Bread is a staple food for us Germans, which we can enjoy in every conceivable form. Wheat, spelt, rye… the beloved grain product can be found on the table several times per week. With over 300 varieties of bread and more than 1,200 types of pastries, Germany is a world champion in bread baking; no other country has as much quality and diversity as we do. This isn’t a given in other parts of the world, and when I come back from trips abroad where bread plays a minor role in breakfast buffets, I realise just how much I missed it. But who knew? My first morning in “The Restaurant” at the TUI BLUE Palm Garden, I was shocked to find a whole shelf full of bread, rolls, and sweet pastries. What a selection! What a fragrance! And everything was set out so nicely. The whole selection of bread was placed in on an upright shelf, as you might see in a local bakery. Warm light shone on the pastries, making them seem almost golden – I was immediately reminded of dense grain fields in the summer. As I was grabbing my choices, I discovered pastries that I had never seen before, which immediately landed on my plate. After all, I had to expand my culinary horizons! I then got some fresh butter from the butter machine (yes, that’s a thing!) and sat at a table on the outdoor terrace. As my gaze drifted back over this whole scene, I recalled that there was a bakery here where all these delicious baked goods were made every day. I went searching and found it quickly. 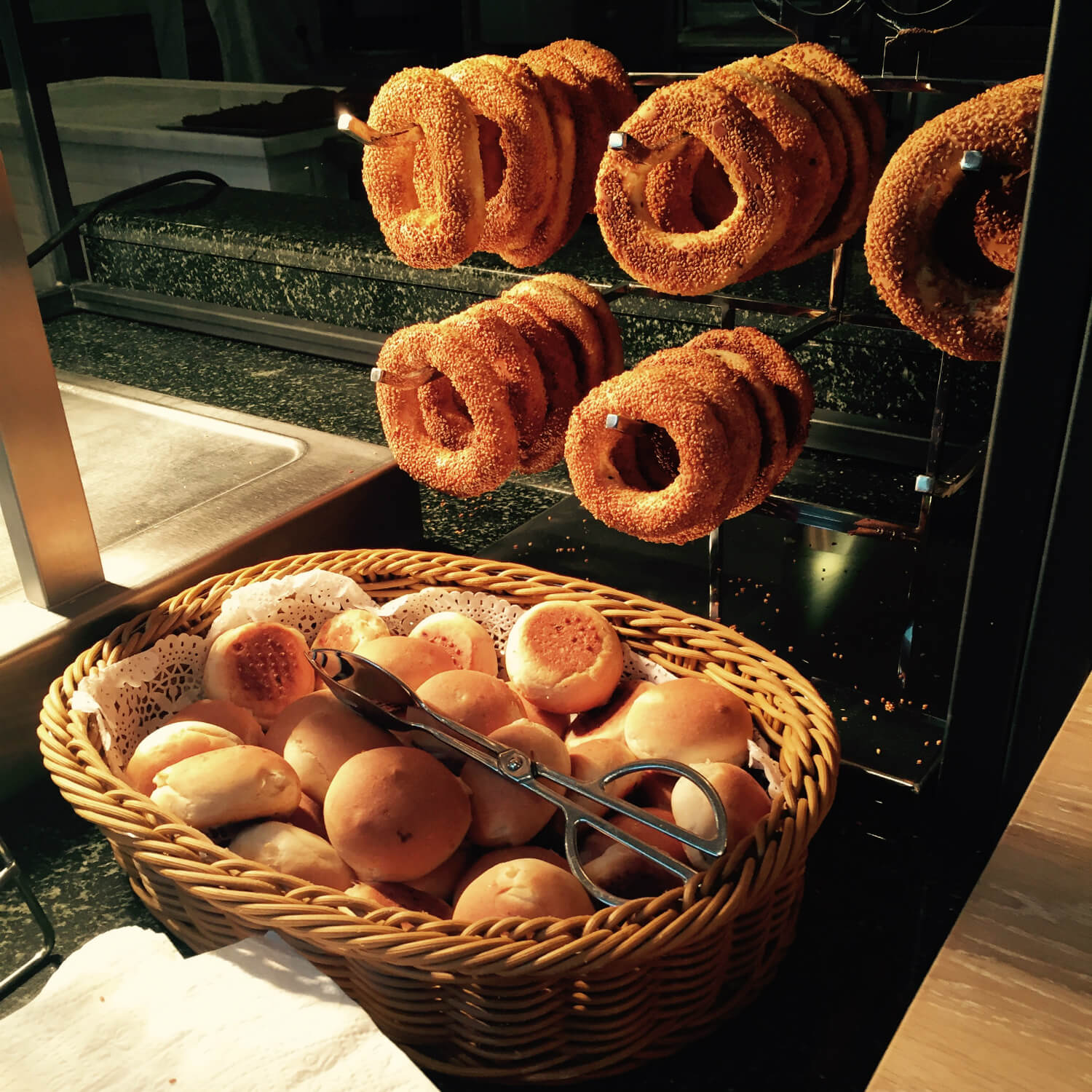 Directly connected to the restaurant was the bakery with its working and storage rooms. Large carts were being pushed to and fro, and I saw some raw bread loaves on stone slabs, sliding into the oven. I then meet Ali* (*name changed), who was diligently kneading and unrolling bread dough. “Look,” he says, “you knead the dough, roll it out, and fold it over and over until you can’t anymore. Then you knead the dough again. By layering it, the dough becomes particularly airy.” With practised hands, he did just that: kneading, rolling, and kneading again. After three rounds, he stopped folding the dough and instead divided it into three equal pieces before forming them into round, evenly thick patties. He dusted them one last time with flour and slid them carefully onto a prepared sheet, which was immediately carried away by a colleague.

Ali asked if I wanted to help him bake balon lavas – Turkish balloon bread. But of course! I grabbed an apron and a hat, because the place had a high standard of hygiene and cleanliness. After I had carefully washed my hands, I was able to start. In the meantime, Ali brought out some new bowls and sieved a mixture of flour and salt into one of them. I wondered why he ran it through a sieve. “Very simple – so it’s less clumpy and very fine.” Then he formed a small hollow in the middle of the sifted flour mound. While he did that, I mixed the yeast and water into a brownish mash, which was placed in a trough and sprinkled with a little sugar to act as a propellant. Ali dusted the yeast with flour and covered the bowl with a towel. Ten minutes later, we pulled the bowl back out and Ali began to slowly mix the flour with the yeast mixture. Meanwhile, I was constantly adding water to make it into a soft, smooth dough. “Would you like to knead once?” I wanted to. With one hand on the bowl and the other in the dough, I gave it my all! But the harder I kneaded, the harder it got. It took endurance! Before I wore myself out, however, the finished dough had to rest again – this time for 90 minutes. This would normally have been a good time to pre-heat the oven and bring a baking stone to the right temperature, but those were already in continuous operation in the in-house bakery. The heat of the baking stone was supposedly necessary for the bread to inflate into a “balloon”, and I was really curious to see what exactly this looked like. First, we brought the dough out, kneaded it again, and divided it into eight pieces. Now, some precise work was necessary. For a perfect result, we rolled out the pastry dough to a diameter of 12 to 15 cm, and a thickness of 3 mm. We coated these with egg yolk and sprinkled sesame seeds over them. And now, into the oven! Ali placed the patties on a baking stone with a swift movement. I watched as the first bubbles immediately started forming, raising the top layer of dough. The baking time depends on how you like it – a bit softer or rather crispy. As soon as the surface of the dough turns light brown, you can take out the bread, which should have completely fluffed up.

Now I was excited! Ali cut open one of the round loaves of bread and an incomparable, delicious bread aroma wafted back at me. The taste of warm bread confirmed that we did everything right! Ali was satisfied. “Now you know the secret of our bread,” he said. And I will not withhold it from you! So once again, here is the ingredient list for 8 servings:

Oven temperature: 275° or the highest level with both top and bottom heat
Time: approx. 3 hours (with waiting time)

By the way, anyone who wants to try their hand at baking and cooking on holiday at the TUI BLUE Palm Garden and Sarigerme Park hotels can do so! During a Turkish cooking course with the hotel manager, you’ll learn how to prepare traditional and modern Turkish dishes, for example pide or mezze (Turkish starters). 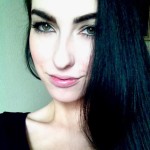