Egypt’s impressive, colourful underwater world is rightly characterised as one of the most beautiful diving destinations in the world. The Red Sea in particular is known to divers and snorkellers worldwide for its water clarity and biodiversity. Plus, the sun shines here almost 365 days a year – optimal conditions to go on a discovery tour!

The TUI BLUE Makadi Gardens and TUI BLUE Makadi hotels (both For Two hotels) are located directly on a private sandy beach in Makadi Bay on the Red Sea in Egypt. The newly built TUI BLUE Alaya (also a For Two Hotel) is located about 257 kilometres from Makadi Bay in Marsa Alam, right on the popular Coraya Bay.

You can reach the most beautiful and best-known diving spots in Egypt by boat from Makadi Bay and Marsa Alam – just inquire at the TUI BLUE Hotels ?
The boat tour alone is a breathtaking experience that lets you discover a lot about the coast and the surroundings around Makadi Bay and Marsa Alam. I have listed the most spectacular diving destinations in Egypt. Dive in with me!

My favourite diving spots in Egypt

Crystal clear water and incredible biodiversity await you here, as everywhere in the Red Sea. The world beneath the waves is colourful and absolutely fascinating – welcome to the aquarium! The sea is teeming with turtles, rays, and colourful fish. A true spectacle of nature!

The Wrecks of Abu Nuhas

This diving destination is also known as the ship cemetery because there are several sunken shipwrecks littering the sea floor. Diverse coral formations have formed on them – a unique diving spot!

Elphinstone Reef is located approximately 20 kilometres from Marsa Alam on the open sea. Shark encounters are commonplace here, and Elphinstone Reef is known worldwide for them. The white tip reef shark is particularly happy to meet visitors here. You can marvel at the rich diversity of marine life on the 300-metre-long reef. The diving spot is very demanding and is only suitable for advanced divers, since the underwater current can become very strong.

At the so-called Dolphin House Shaab el Erg you will very likely meet dolphins while diving. The extensive, horseshoe-shaped reef is also great for snorkelling. It’s always memorable to experience the animals in their natural environment.

The Carless Reef (or Careless Reef, as it is often incorrectly called) is arguably the most famous diving spot in Egypt. And in my opinion, it has fully deserved this title: many moray eels, as well as tuna or sharks can be seen here. The reef plateau with its colourful coral garden is just stunning. It is a bit further out to sea, but the trip there was absolutely worth it for me!

Abu Dabbab is located approximately 38 kilometres from Marsa Alam.
The special highlight about this diving and snorkelling spot is that there is a seaweed meadow under the water within easy reach of the shore. Seaweed attracts many turtles and even manatees. With a little luck, you might meet the sweet sea creatures while “grazing” ?

And last but not least – Makadi Bay!
Just beyond the door of the TUI BLUE Makadi Garden and TUI BLUE Makadi hotels lies a beautiful coral reef. Ideal for snorkelling and diving! That means you can discover the breathtaking underwater world of Makadi Bay practically on your doorstep. I think it’s absolutely brilliant that I can explore the beautiful “house reef” after enjoying a varied and rich breakfast.  And I can do it every day if I want to. Sounds like a good holiday, don’t you agree? ?

Snorkelling excursion: off to the Red Sea

Another highlight of my holiday in Egypt was a snorkelling trip, where I visited the uninhabited island of Orange Bay, among other things. I was totally impressed by the almost untouched island and the play of colours between the white sandy beaches and the crystal clear, turquoise water. With a bit of luck you’ll also meet dolphins during the day trip. When I first encountered wild dolphins on my snorkelling trip, I was absolutely fascinated by the beautiful, intelligent marine mammals. They were curious and swam very close to us – it was an unforgettable experience! At this point, however, I must urge you to respect the sea creatures and not touch them under any circumstances! Of course, sea creatures include not only animals, but also corals. We all want to be able to enjoy the beautiful underwater world for many years to come.

Diving spots in Egypt #My conclusion

Egypt is a true diving and snorkelling paradise! The consistently beautiful weather, the crystal clear water, and the marine biodiversity convinced me that Egypt is a world-class snorkelling and diving destination. Some of you may be wondering now whether Egypt is suitable for beginning divers – absolutely! The mostly low current and the clear underwater visibility are perfect for first-time divers or beginners. Simply inquire at your TUI BLUE hotel – the professionals there will be happy to help you plan your perfect diving and snorkelling excursions. Advanced divers will definitely get their money’s worth in the Red Sea. Shipwreck dives, steep abysses below the waves, turtles, friendly and harmless sharks, and the bustle of many colourful fish of all sizes.  What more could a diver ask for? 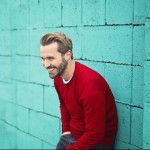 While Oliver is away backpack-traveling for the TUI BLUE editorial office, he likes to ask locals on his travels for new cooking recipes.