Sliding through the clear water and bouncing over the waves. Feeling the wind in your hair and the sun on your skin. This would be nice! So on to the Intro to Sailing at the TUI BLUE Fleesensee.

What Should I Wear to the Intro to Sailing?

The question above all questions. “What should I wear?” Yes, really, I was serious. So I picked up the phone and called Reinhard at Wassersport Fleesensee to ask. He assured me that wetsuits and life jackets were all provided and that I should just bring water shoes, if I had any. Those I happened to have.

A short time later, it was finally time. I chose a long-sleeve wetsuit to make sure I didn’t get a sunburn. The other participants and I accompanied our sailing instructor, Rocco -who played the villain in the play “Müritz Saga” as his other job – to the beach for a brief into to catamarans. My introduction to sailing was underway. My heart was racing beneath the neoprene wetsuit; I was pretty excited.

Rocco assured me that we were only practising small manoeuvres during the sailing introduction today, and would only be learning moving, steering, and stopping. We started with an introduction to the technical nautical terms, such as “jib” (foresail), trampoline (a sitting area stretched within the frame of the spars), “cat” (catamaran), and many more. My head was spinning a bit, and I hoped that I wouldn’t mess up in practise.

Then the cat was in the water and taking off. I sat at the rear, holding onto the rod used to control the cat. We were waiting for the wind to come and blow us out onto the lake. While hoisting the mainsail, we started moving slowly. However, I hardly had time to look forward to the speed, the wind in my hair, and the sun on my face.  The commands from Rocco kept me on-task and I had to concentrate fully to set the sails and steer the small boat. It felt like my first driving lesson in the car – there were so many things to be aware of at once at the intro of sailing. Which direction are we sailing in? Is there an obstacle ahead? Which direction is the wind coming from? And I had to just hold the rudder straight so we didn’t get off course.

How do you park on the lake without an anchor?

Everything was going well so far at the intro to sailing, but not much had happened yet. We left the shore and everything became quieter around us. The wind kicked up noticeably and we gently glided over the shallow waves. Just how I imagined it! I would’ve preferred to enjoy this feeling of freedom the whole hour of introductory sailing, but I was supposed to actually learn something; it was now time to practise steering. This meant it was time to stop the cat and bring it into a parked position. This is a safety manoeuvre that can be used to deal with unmanageable situations.

Rocco gave the orders and helped me with the execution. Now it was getting exciting. Without getting into technical terms, we braked with the help of a u-turn, taking advantage of the wind, which whipped us forward before coming to a standstill. Once the cat was “standing”, Rocco and I switched seats. I crawled forward, over the trampoline, to the bow to operate the jib (the foresail) while Rocco took to the stern. This was a bit of a balancing act for me as the cat swayed with the waves and I didn’t want to go overboard. By changing places, I lost control of the rudder, so we were now riding across the lake without a guide. How does the saying go? I took my hands off the wheel. Quickly, I went after the rod controlling the rudder, which Rocco had surrendered at the stern.

“Can one control a catamaran alone?” I inquired of Rocco. He answered my question: “One captain is sufficient; sailors are unnecessary. Did you know that a catamaran is one of the fastest boats ever, and that all the components are geared toward high speeds?”

I didn’t know that, and I was thrilled because speed was my motivation to participate in the Intro to Sailing. “To sail a catamaran safely, you need a catamaran sailing course. At the end, there’s a test to get your cat license. This allows you to hire catamarans internationally in over 30 different countries. We offer a sailing course here at Wassersport Fleesensee.”

The Wind, the Wind…

“What about windward and leeward?” I asked Rocco. He patiently explained the two terms:  “As a sailor, it’s imperative that you know the wind direction clearly and unequivocally. This includes the two terms of ‘windward’ and ‘leeward’. I have a mnemonic device to help you remember which is the windward side and which is the leeward side: ‘Spit in the wind, it’s back on your chin; spit in the lee, is falls in the sea’.”

I was now safely sitting at the bow and had time to enjoy the fast ride while Rocco took care of the navigation. With astonishment, I realised that we were already approaching land. What a shame; the Intro to Sailing passed so incredibly fast. I really liked the sport, and maybe I’ll see Rocco again at the catamaran sailing class, but first I needed to relax from all that strain in the Wellness Area at the TUI BLUE Fleesensee. 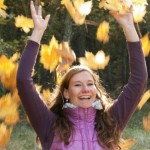 Loves writing and spending days off with excursions to discover new things.