Turkey holiday in Marmaris: 10 places that you should definitely visit

13 Oct Turkey holiday in Marmaris: 10 places that you should definitely visit

Without a doubt, the coastal city of Marmaris is one of the pearls of the Turkish Aegean. Nature, culture and history, and modern city life uniquely combine to form a holiday resort. This attracts about ten times as many tourists as locals to the city every year. Nevertheless, Marmaris has managed to preserve its incomparable character. Once there, I tried to absorb as much of the city as possible and to get to know the wide diversity of the place. Of course, I wouldn’t deprive you of the most beautiful, impressive, and interesting sights for the Turkish holiday, so I’ve listed my top 10 below.

What’s travertine? It’s a special type of limestone that is formed by the escape of carbon dioxide from mineral-rich, flowing waters. That’s exactly what happens in Pamukkale:  Warm, chalky, thermal water bubbles out at about 30 degrees from active springs. 250 litres per second flow along the existing limestone cliffs and shape it ever further. One litre of thermal water contains about 2.2 grams of lime! No wonder the rocks change at a relatively high speed. The travertine terraces are a UNESCO World Heritage Site and can only be found in a few places in the world. If you have the opportunity during a holiday in Marmaris in Turkey, you should definitely plan a visit! 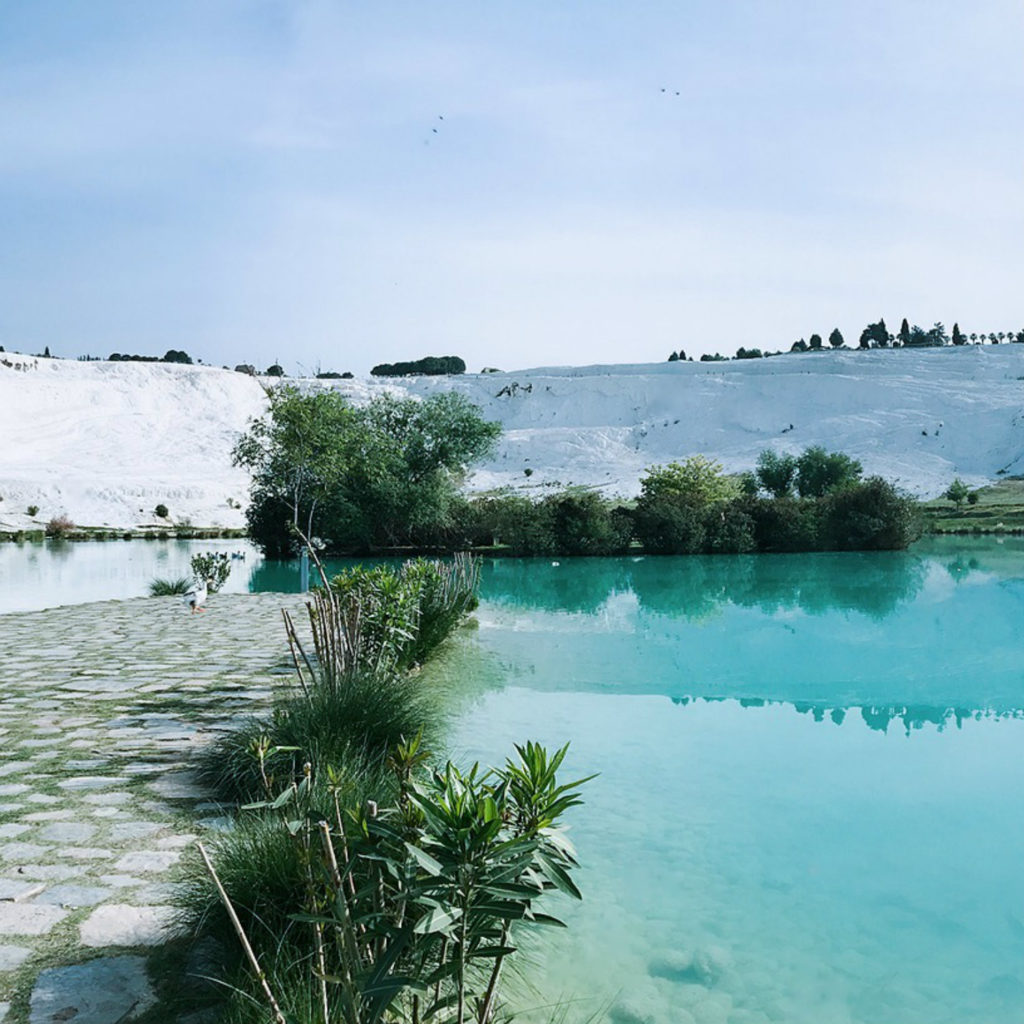 Not far from the travertine terraces, you can experience a piece of Greek antiquity up close. Once belonging to ancient Greece, the remains of this old city now lie within Turkey’s borders. The former cityscape was characterised by fountains, temples, theatres, and thermal baths, which were connected to the underlying hot springs. The water brought wealth to the “holy city”, because it was used to dye wool and thus made weaving and textile trade possible. Other cities such as Knidos, Physkos, or Ephesus are also considered impressive examples of antiquity and partly serve as archaeological sites, where significant archaeological finds take place again and again. 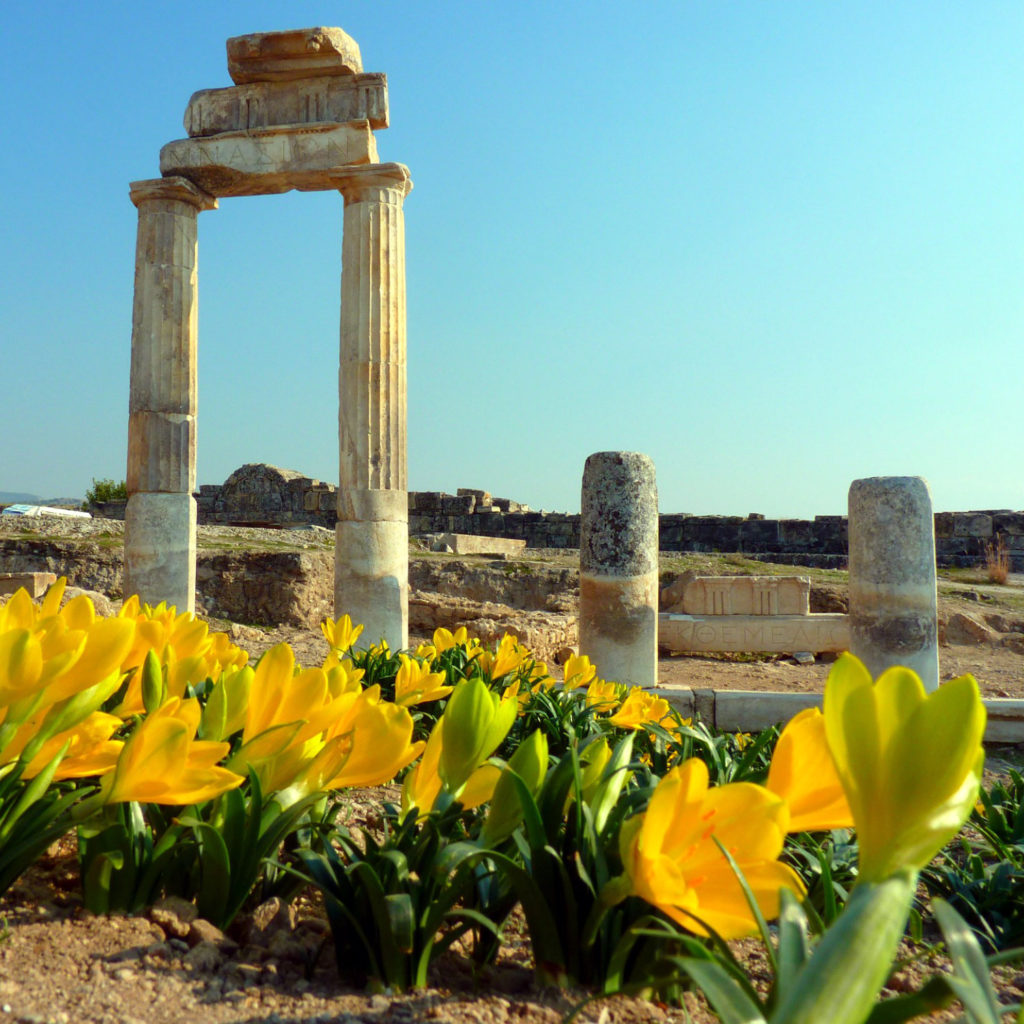 The Hierapolis is reminiscent of Greece

3. The Marinas of Marmaris

If you spend your holiday in Marmaris Turkey, you can not miss the city’s harbour. Unlike other cities, the port in Marmaris is the starting point for a very special city experience. The marina alone has over 600 (!) berths, making it the largest in the Turkish Aegean. Luxury boats and yachts of all models, as well as cruise ships, dock at the protected natural harbour of Marmaris. Follow the hustle and bustle up to one of the excellent nearby restaurants or bars along the harbour promenade. A special highlight is the annual “Marmaris International Race Week”, where around 1,000 participants compete against each other with their yachts and boats. In 2017, the race will take place between October 26th and November 4th. By the way, at that time, the coast of the Turkish Aegean still enjoys a pleasant 20 degrees Celsius – perfect for a boat race or a romantic harbour walk. 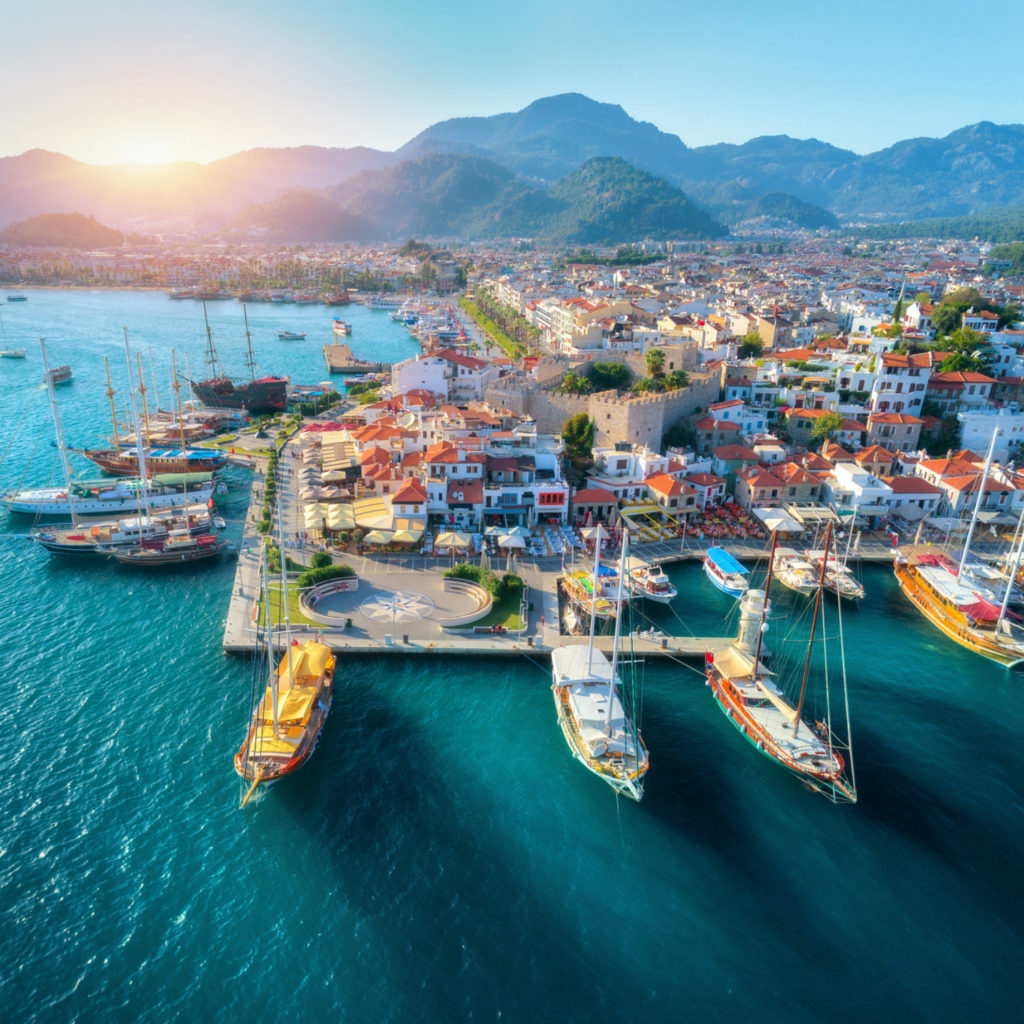 Very close to the harbour promenade lies the Barstreet. This is exactly what the name suggests: Bars, lounges, restaurants, and nightclubs are strung together one after the other and form an exciting entertainment district. Once inside, you can walk almost seamlessly from one building to the next and witness the Turkish style of celebration. And although I’m not typically a night owl, I can’t help but be infected by the vibrant nightlife and the pure joie de vivre of the revelers. This experience is definitely worth the dark under-eye circles the next day! 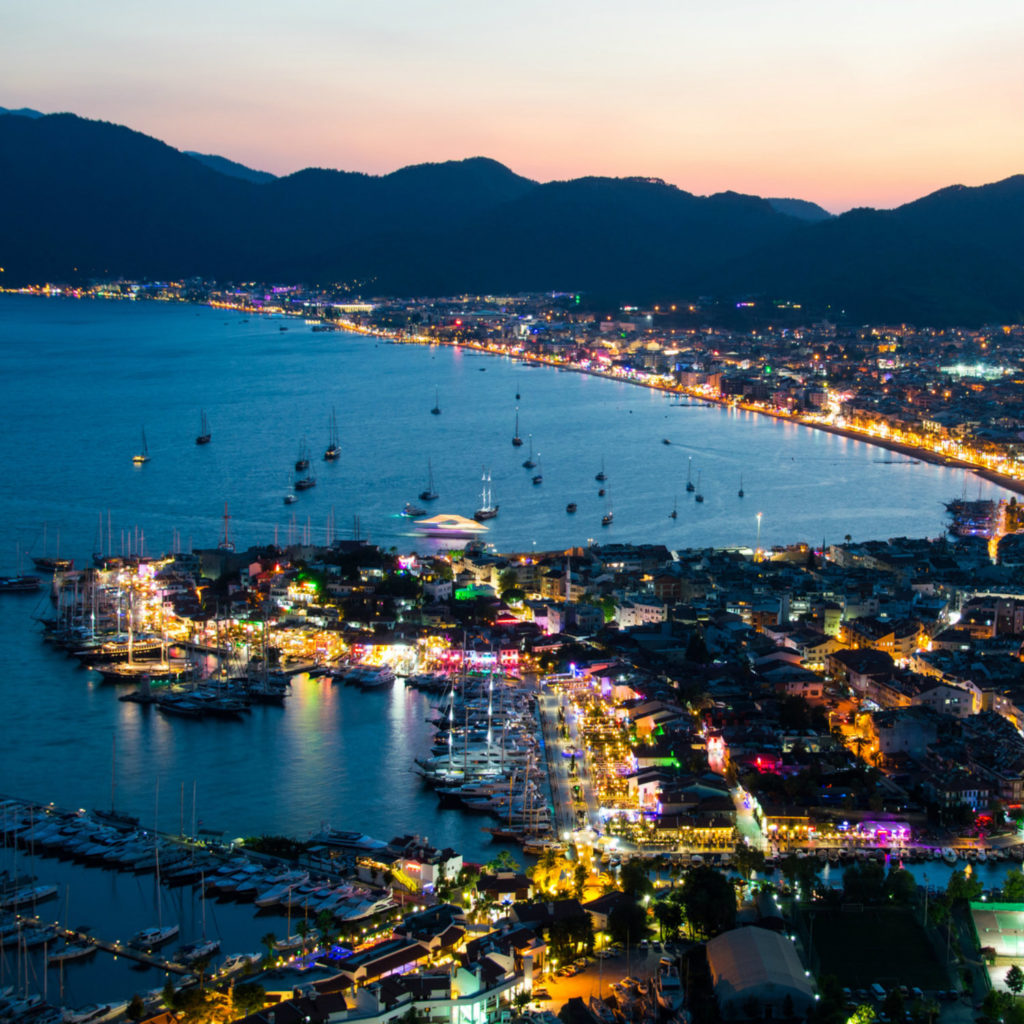 5. In the Footsteps of Cleopatra

If you want to rest after an exciting night of parties or just want to relax, consider a trip to Cleopatra Beach. It is located on the Gulf of Gokova on the southern island of Sedir. You can easily reach the island by gulet, a traditional wooden boat built in the marina. And let me tell you something: Never before have I buried my feet in such soft, white, fine sand! A few steps on the Cleopatra Beach feel like walking on clouds. There is actually an explanation for this: Here, it’s not just normal, coarse sand, but coral sand. Its grains have a rounded shape and therefore feel particularly soft. According to legend, the Roman Emperor brought the sand for his beloved Cleopatra from the Red Sea to the Turkish Aegean – what a sign of love! I wish I could have taken some of the sand home, but beware: this is strictly forbidden. 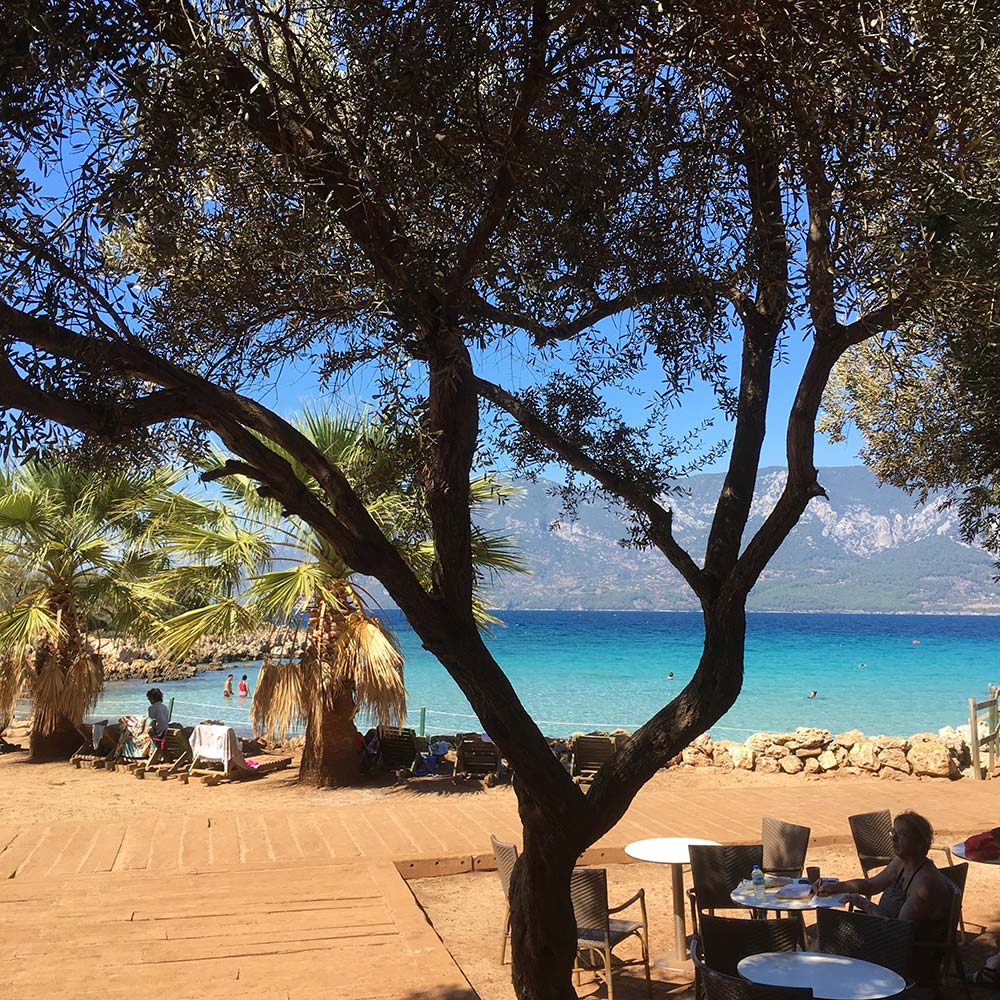 6. Expedition on the Island of Nimara

Another island belonging to Marmaris – pardon, peninsula – offers yet another great attraction. It is located in the south of Marmaris and impresses with its striking natural landscape of rocks and forests of laurel plants, dense evergreens, and fragrant pine trees. Anyone who dares to climb over rocks and hills and hike up the green, meandering, snaking paths will soon reach a small, untouched natural treasure: the Nimara Cave. Massive rocks form the entrance into the hidden cave. Inside, researchers have already found traces of the 20th century BC. This thought alone commands a special respect for this hidden and spectacular place, and I’m glad to have been here. 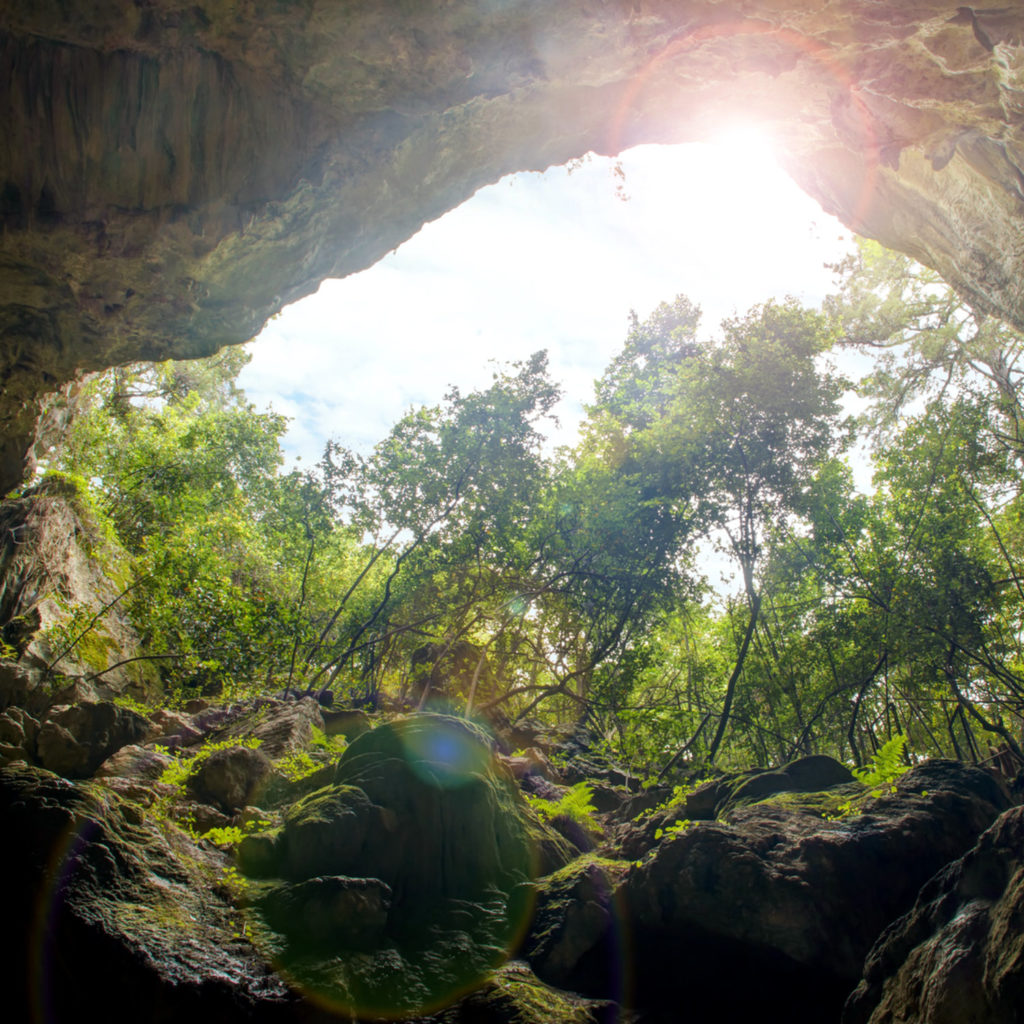 7. Marmaris Castle: The Landmark of the City

If you are interested in the findings and excavations of the archaeologists from the area around Marmaris, then the archaeological museum in Marmaris Castle is a must. The castle is the symbol of the city and has already survived several attacks: First built by Sultan Suleiman the Magnificent in 1522 to commemorate his victory over Rhodes, it has been destroyed again and again over time. But instead of leaving the ruins to themselves, the inhabitants of the city built the castle again and again. Since 1991 it has been open to visitors and a popular destination. 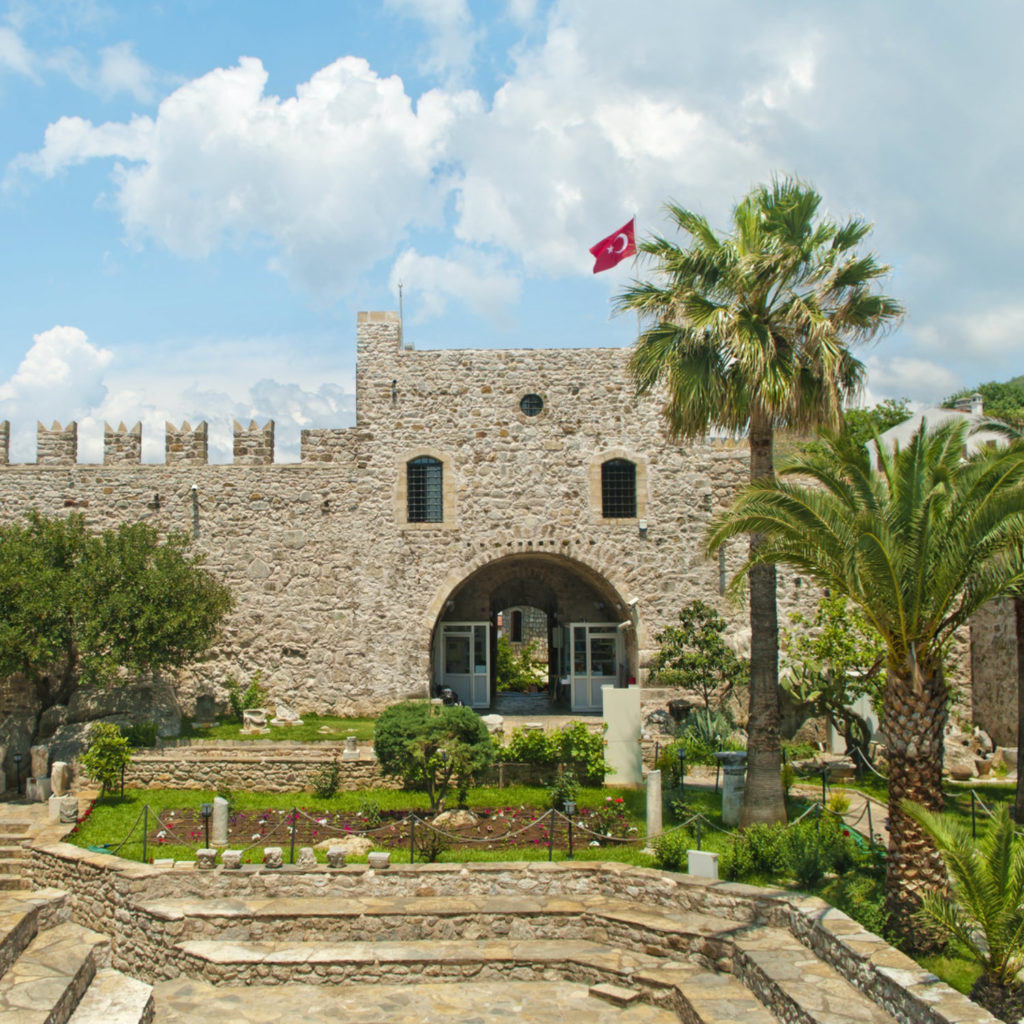 8. No Turkish Holiday is Complete without Bargaining and Trading in the Bazaar

The citizens of Marmaris already have experience with reconstructing important buildings and districts. Even the traditional bazaar on the edge of the old town had to be rebuilt after a devastating earthquake in 1958 – at which time a roof was added. Today, the bazaar is what it once was: loud, colourful, and full of people haggling with the dealers for the best price for a hand-woven rug, a painted vase, jewelry, leather goods, or spices. Here’s what I learned from firsthand haggling: If you agree to a price right away, some traders are even offended – the negotiation is a tradition and should be respected. My advice: move away from the main stalls at the bazaar and push yourself into one of the side streets. Here you will find real treasures – apart from the fake designer clothes and cheap souvenirs – that are worthy to bring home as a holiday memory. 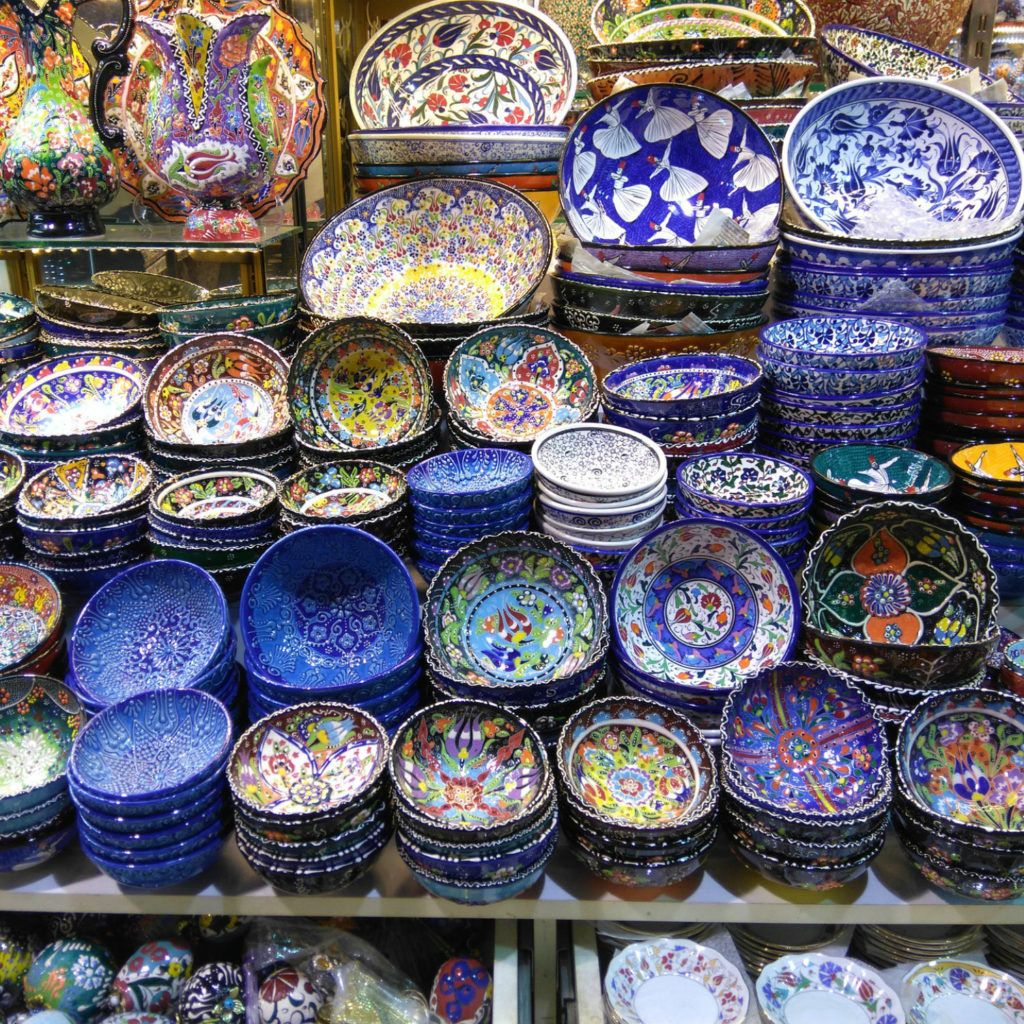 Handicrafts at a Turkish bazaar

9. Clear the Stage for the Amphitheatre

Speaking of souvenirs: What would a Turkish holiday in Marmaris be without decent holiday photos? An absolute dream backdrop for your souvenir selfies can be found at the amphitheatre near the city centre. Standing on the highest level, you can enjoy the wide view of the sea, the harbour, and the city, and thus be guaranteed the perfect holiday photo. The amphitheatre is also worth a second look thanks to its attractive design, and, if you like, you can watch various performances of plays and shows, which are put on regularly. 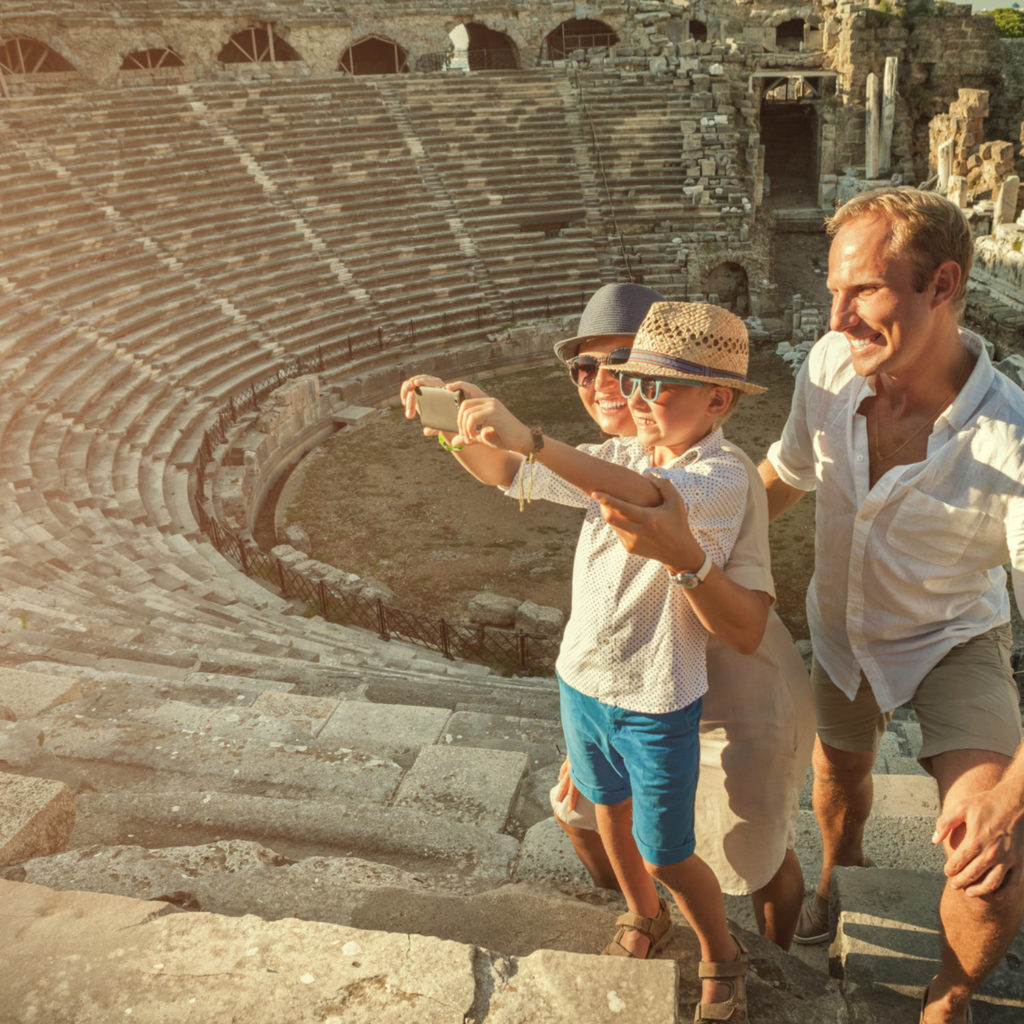 The amphitheatre is becoming a popular place for selfies, fotolia © Soloviova Liudmyla

A (natural) spectacle of a special kind also takes place at Turtle Beach in Marmaris. The turtle species Caretta caretta makes its home on the beach at Günlük National Park, and it’s protected by the Turkish government. Here she lays her eggs and buries them in the sand – with a little luck, observers can watch in due time (and from a safe distance) when the eggs hatch. The protection of the turtle and its surrounding habitat is an important issue for my colleague Miri: she was on-site in the turtle rehabilitation centre and made friends with some of the turtles there.

Ten wonderful places, ten exciting stories, ten opportunities for an exciting Turkish holiday in Marmaris. From April of 2020, you can start your sightseeing tour from the new TUI BLUE Grand Azur which is located directly at the beach in Marmaris town. 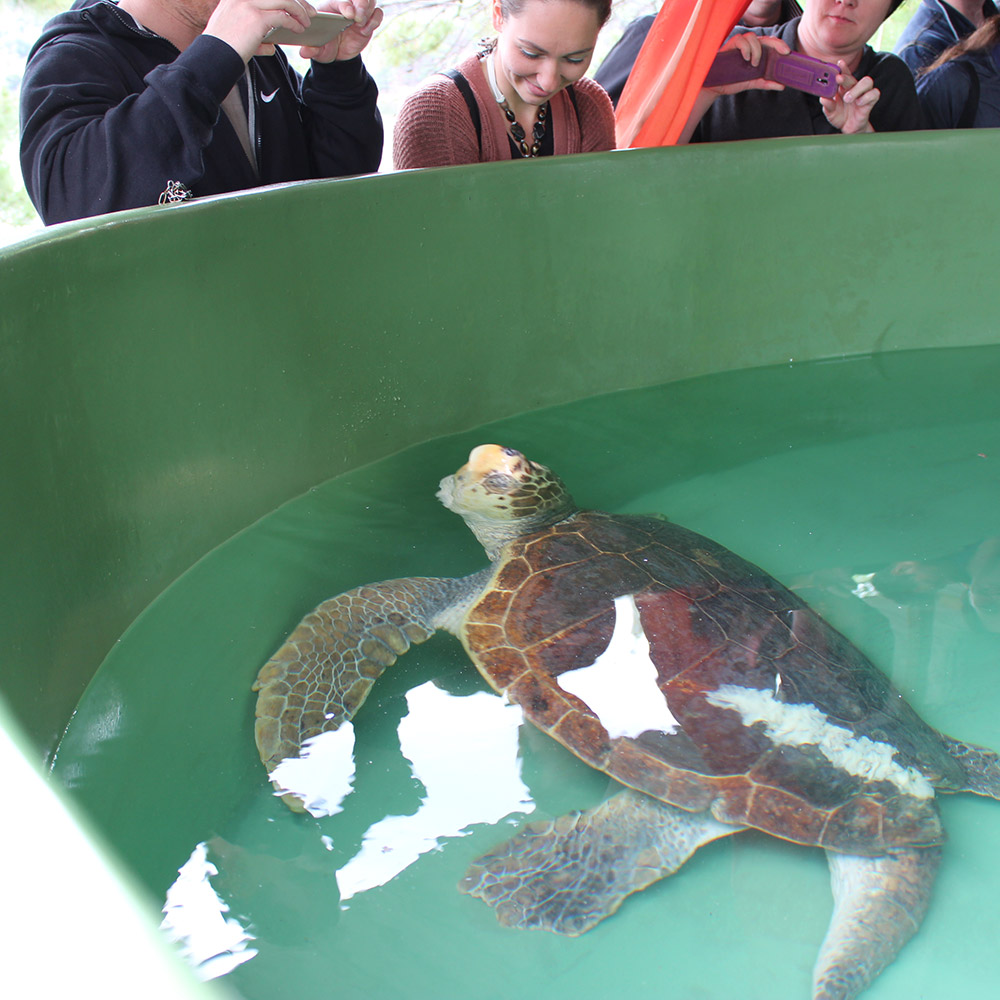 Turtles at your fingertips near Turtle Beach