Where is it hot in October to holiday? Best october destinations in Europe 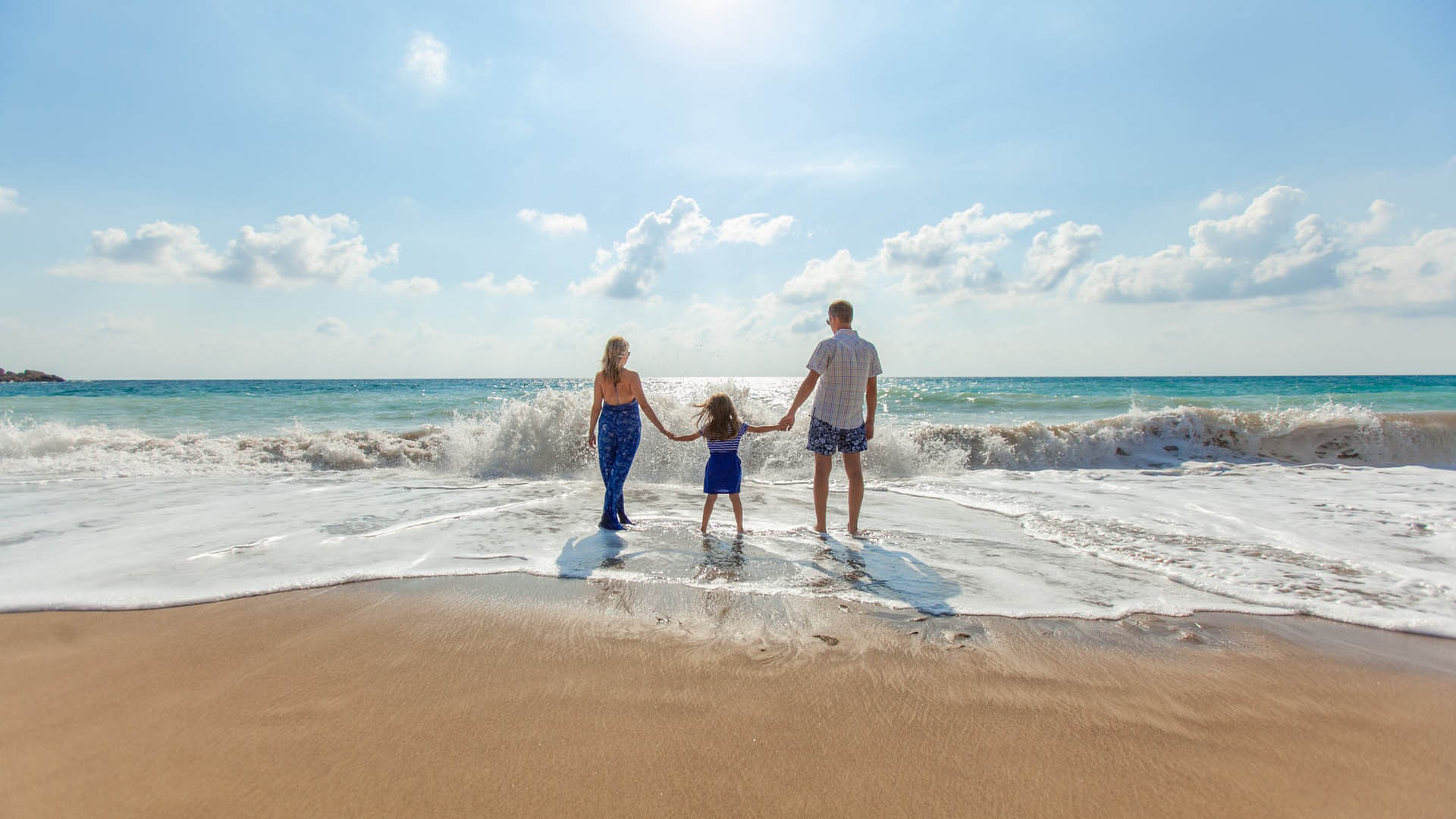 21 Sep Where is it hot in October to holiday? Best october destinations in Europe

By October at the latest, Central and Northern Europeans wish for summer to return. Don’t worry, there are many destinations around the Mediterranean just a few hours away by plane, where it is hot in October to holiday. So warm, in fact, that you can still go swimming.

Check the Foreign travel advice of the UK government for the latest travel restrictions and info about quarantine.

Tip: If you want to enjoy the warm temperatures to the full, choose a hotel with swim-up pool rooms or hotel rooms with a private pool.

Where are the warmest places in Europe in October?

Actually, the warmest place in Europe in October is the southern coast of Cyprus. If you count the destinations around the Mediterranean, Egypt is in first place for a hot holiday in October half term.

The cheapest place to go in October is Turkey. The season is almost over and the favourable exchange rate for Europeans means that the value for money is very good. Attention: Prices are more expensive during school holidays like half term. If you are a little flexible, it may be worthwhile to choose a departure airport in a region where there are no school holidays. 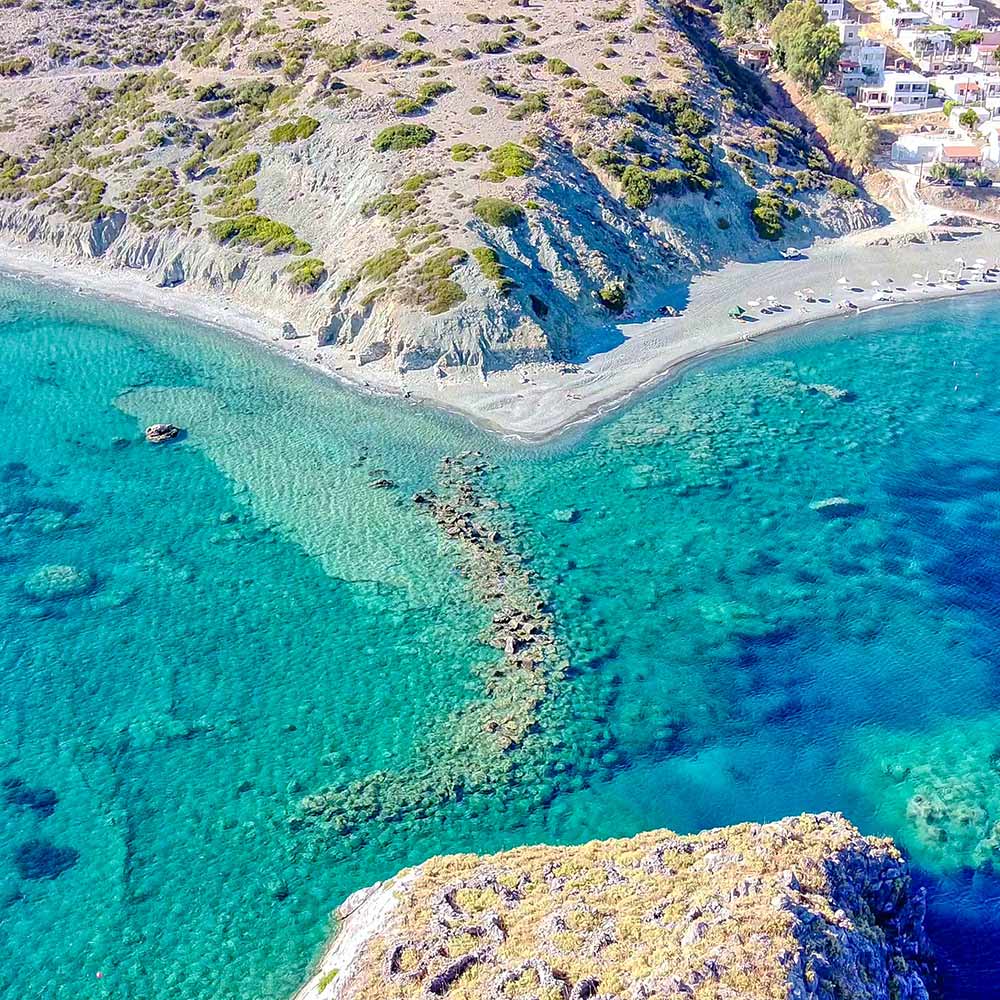 Crete: The colour of the sea alone is convincing (© Evangelos Mpikakis/Unsplash)

Average temperature in October on Crete:

One of the best and not so far away destinations where it is still warm in Europe in October is the Greek island of Crete. The month of October is the perfect time to travel because the temperatures are warm enough for a beach holiday but not too sweaty for sightseeing. There is much to discover on the southernmost and largest Greek island. Warm temperatures can also be found on other islands such as Rhodes, Kos or Santorini. Crete, however, has the highest chance of high temperatures during October half-term.

2. Spain: Where’s the warmest place to visit in Spain in October? 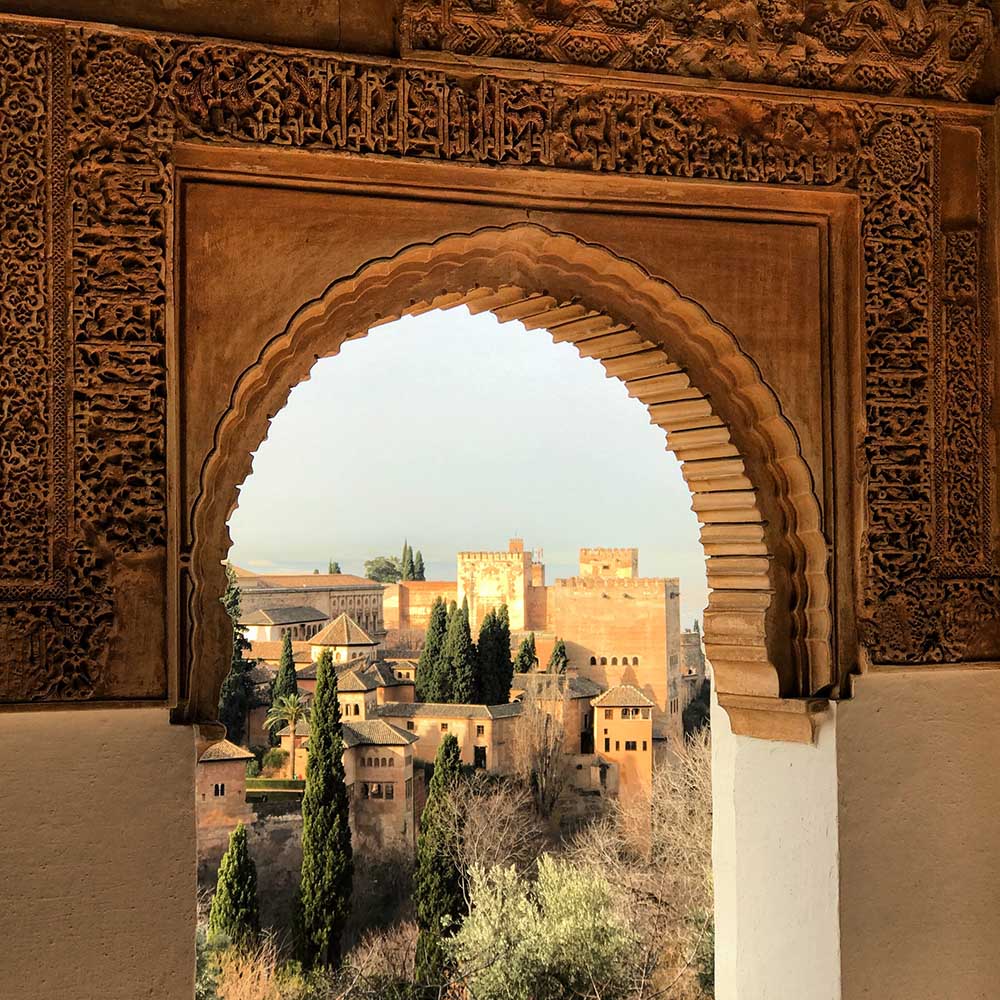 Average temperature in October on the Costa de la Luz:

Andalusia in the south of Spain is the place where to go in Europe in October for sun. The Costa de la Luz and the hinterland of Cádiz are among the warmest regions in Spain.

Pleasant temperatures, although not necessarily perfect bathing weather, can be found on the Balearic islands of Mallorca, Ibiza and Menorca. October is particularly ideal for hiking in Mallorca, where you can enjoy a lot of sunshine.

The Canary Islands score with mild temperatures all year round. The volcanic islands are a popular destination for hikers and active holidaymakers in autumn. The warmest Canary Island is Tenerife. For surfers, windy Fuerteventura is a dream. 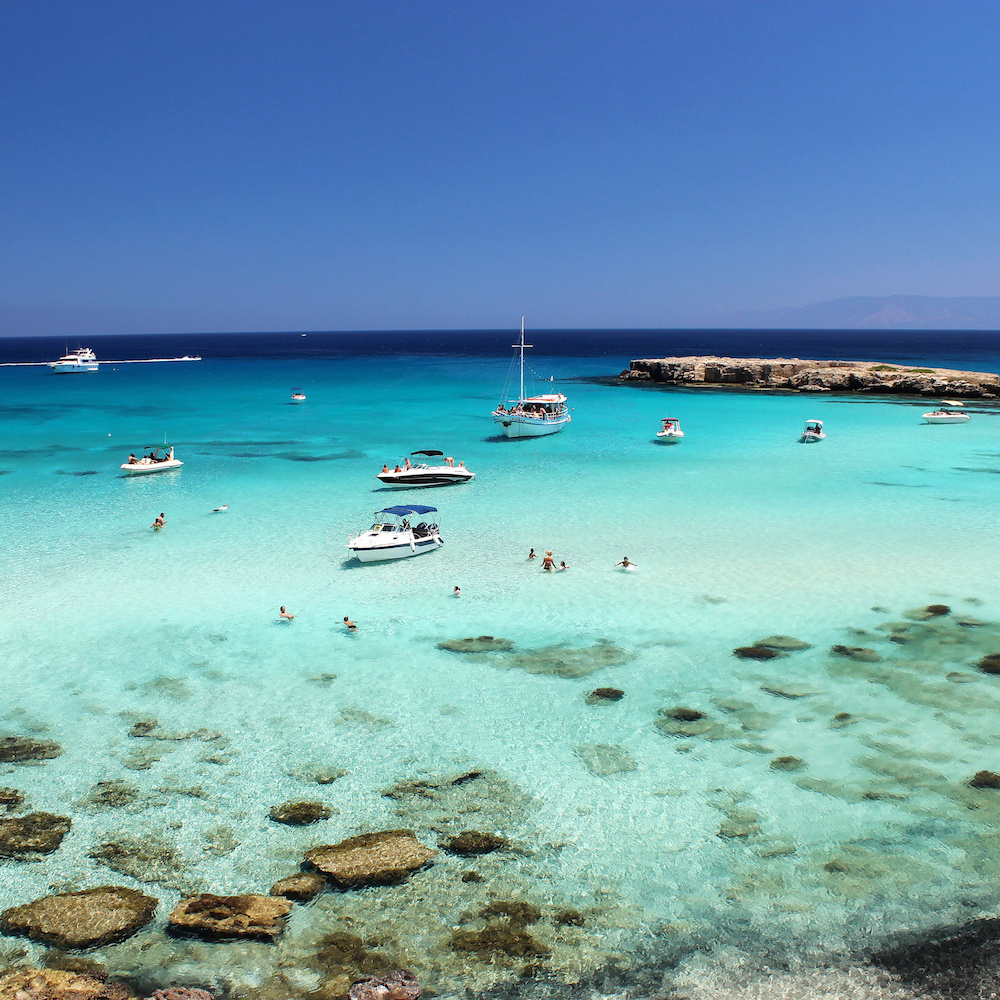 Wow! The “Blue Lagoon” on Cyprus, one of the most beautiful beaches – Adobe Stock, © natalya

Average temperature in October on the south coast of Cyprus:

Best weather in October in Europe is definitely to be found in Cyprus. On the “Island of the Gods” you are practically guaranteed good weather. As a beachgoer in Cyprus in October, you can expect a water temperature of 25 degrees Celsius, golden beaches and many cultural monuments to discover. The island even has an almost 2000-metre-high mountain to offer and the world’s only still-divided capital.

4. Portugal: Active in the Algarve 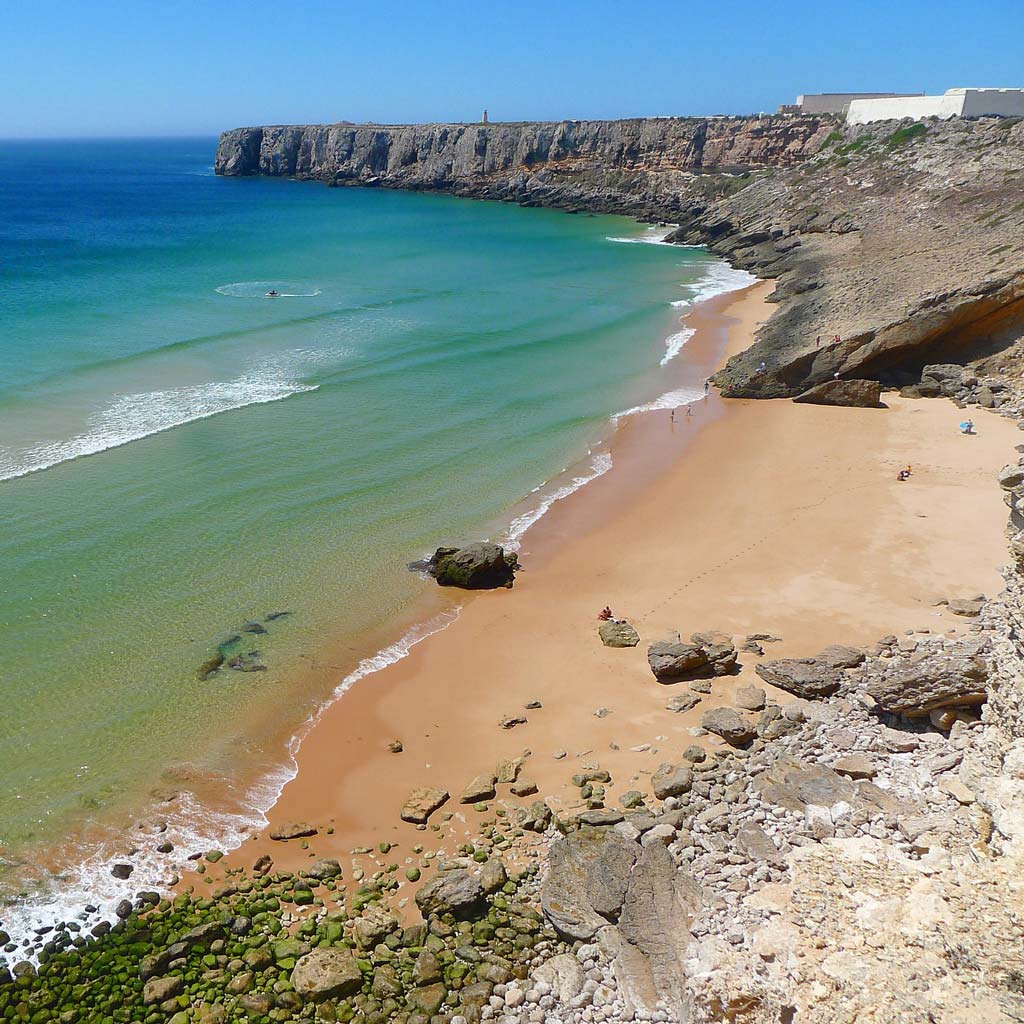 Average temperature in October in the Algarve:

Ok, the Atlantic Ocean in the Algarve is never as warm as the East Aegean, even in high summer. But there is plenty to do and see in southern Portugal in October at pleasant temperatures. City trips, hidden sandy beaches in the rocky Algarve, unique landscapes in the sandy Algarve and of course the great Portuguese cuisine. How about a surfing course or a long hike along the coast? Mild temperatures make the Algarve the ideal destination in October.

Adults-only hotel in the Algarve 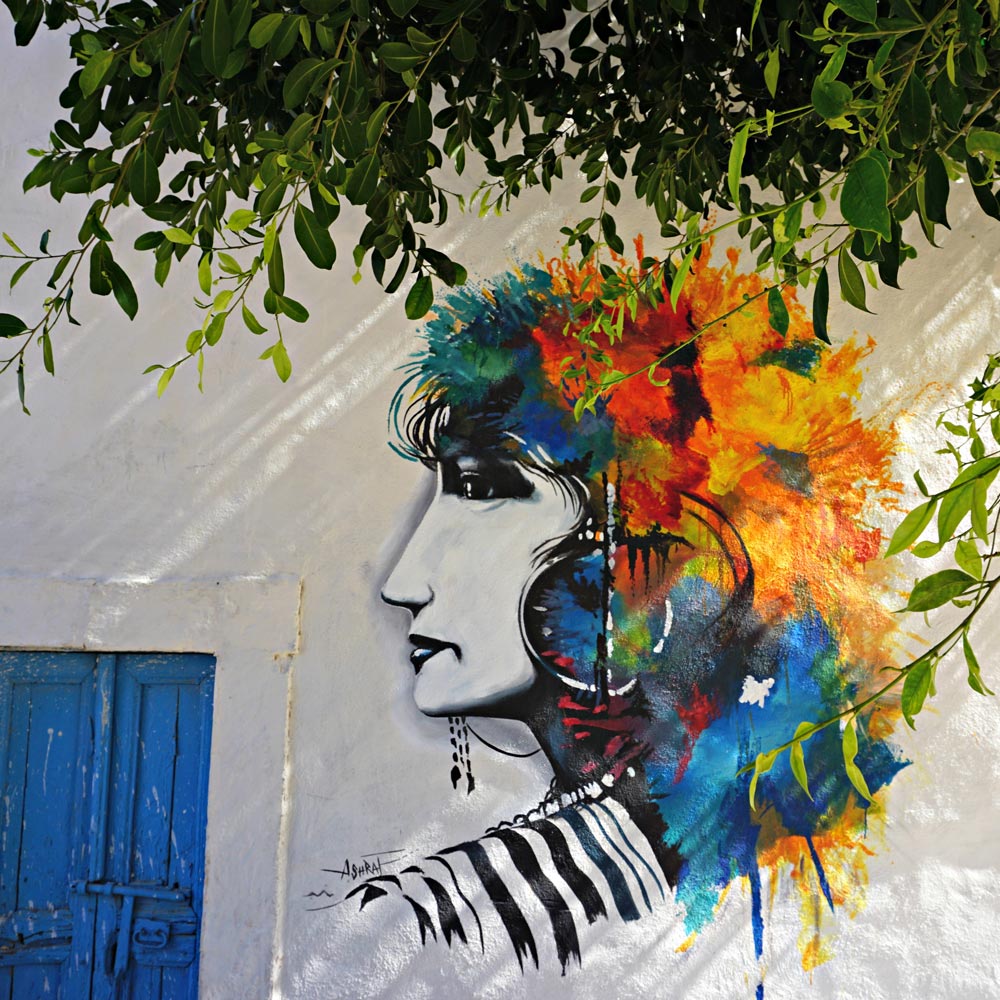 The famous murals of Djerbahood

Average temperature in October on Djerba:

The weather in Tunisia is just right for a holiday in October. The oppressively hot summer months are over, and the southern Mediterranean beckons with warm temperatures. The island of Djerba in southern Tunisia is particularly blessed with many hours of sunshine. Not least the varied Tunisian cuisine and the excursions into the desert make Tunisia one of the best travel destinations in October.

6. Turkey: Cheap seaside holiday in October on the Aegean and Riviera 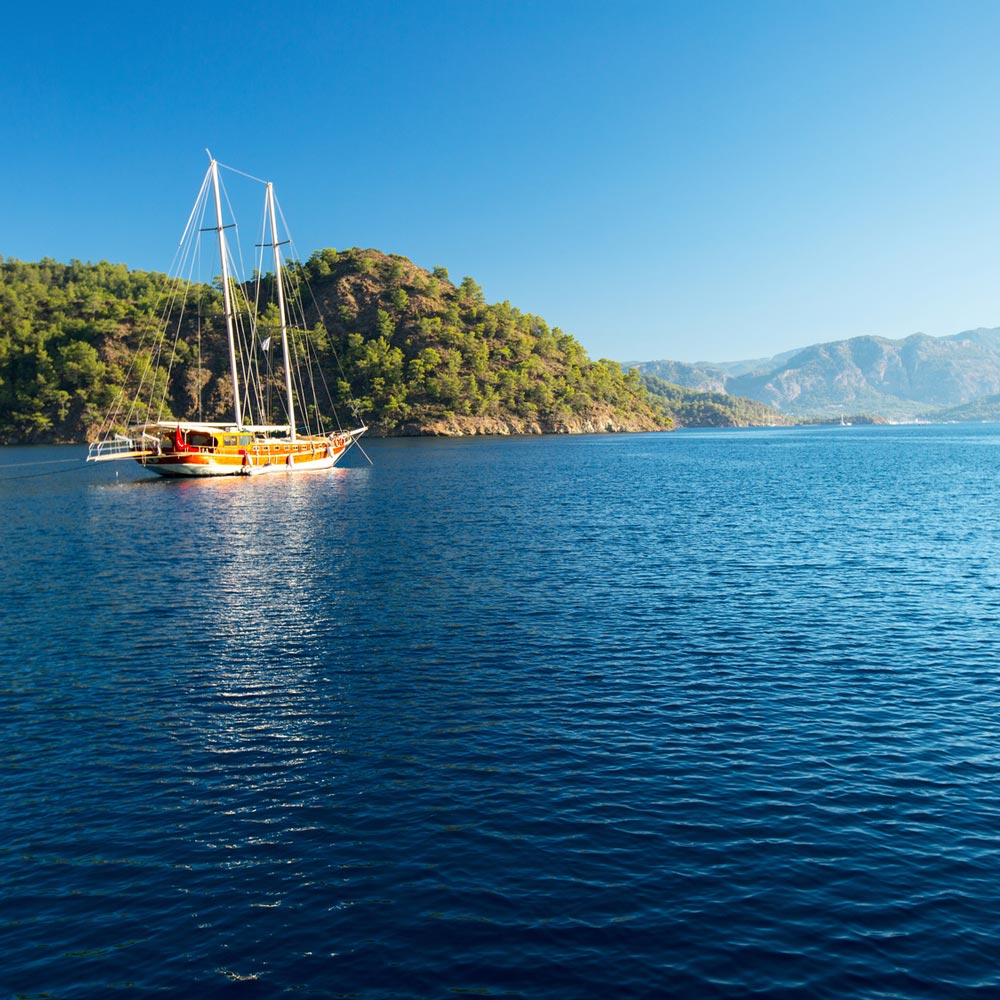 Average temperature in October in Antalya:

I have been to Turkey several times in October and found the temperatures just right for visiting archaeological sites, bazaars and for sporting activities like a mountain bike tour. The sea on the South Aegean around Marmaris, Sarigerme and Fethiye is definitely a place where you can still swim in October in Europe, at 23 degrees Celsius.

You can also expect these temperatures and lots of sunshine on the Riviera between Antalya and Alanya. The Turkish cuisine alone is worth a trip to Turkey. In October, you almost have the beaches to yourself. October is the perfect month to travel to Turkey for a relaxing holiday. Not to forget: The unbeatable value for money.

The best adults-only and family hotels in Turkey 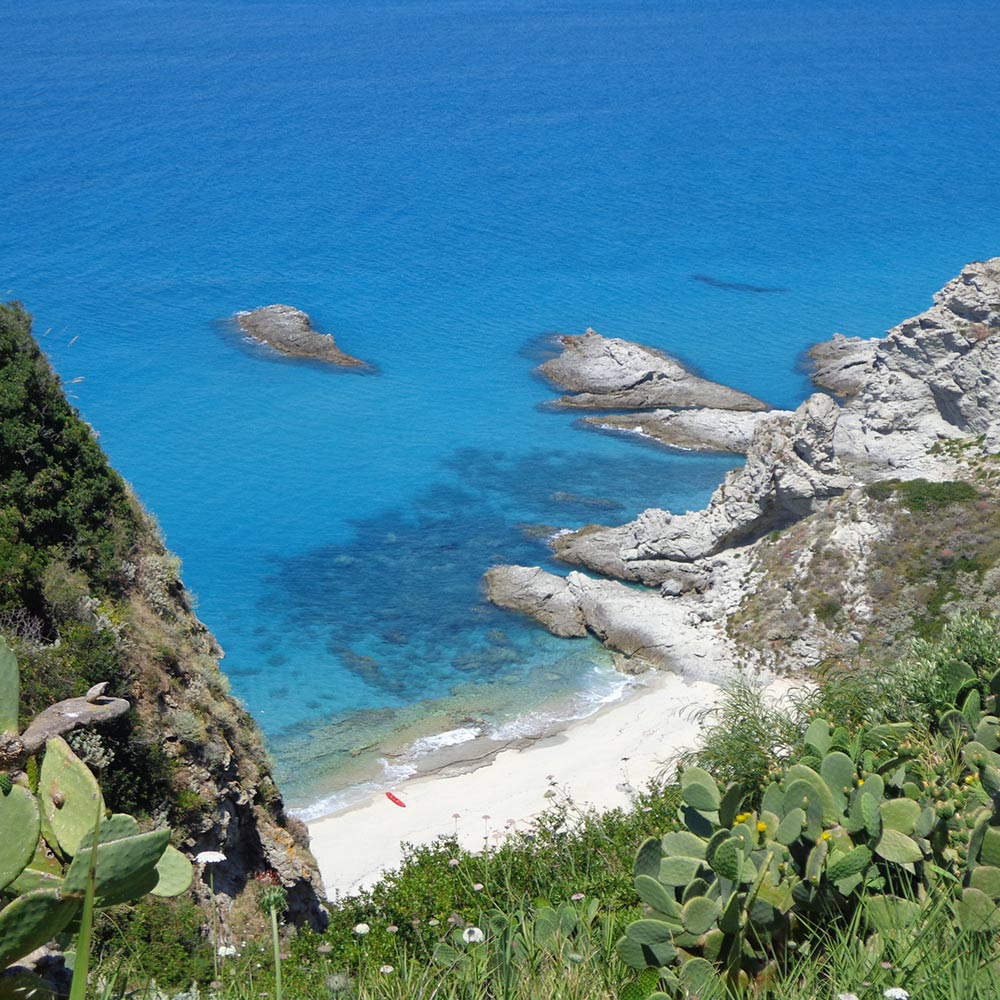 One of the attractive beaches between Tropea and Capo Vaticano

Average temperature in Taormina/Sicily in October:

One of the destinations where it is still warm in Europe in October and which is a longer drive from central Europe or a short flight away is Bella Italia. In the south of the boot, the weather is perfect for a holiday in October. The Amalfi Coast is once again tourable without crowds, Calabria‘s white beaches and turquoise sea you’ll have almost to yourself and Sicily is nice and warm and sunny, so you can choose between a beach holiday, sightseeing or climbing Mount Etna. 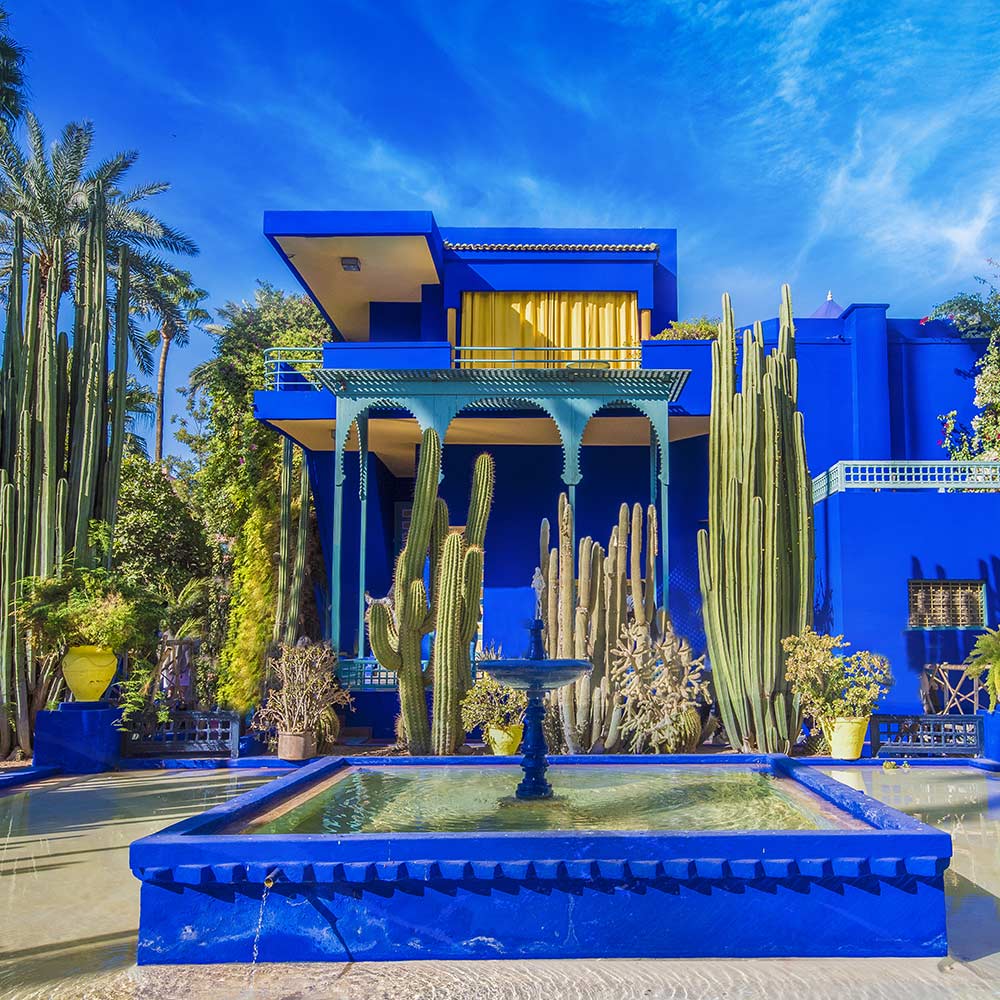 The tropical garden Jardin Majorelle, one of the many sights in Marrekesh

Average temperature in October in Agadir:

Not part of Europe, but one of the hot destinations in October. A few hours away by plane, a foreign exotic world full of colours, winding souks, oriental spices, history and, of course, good and above all dry weather awaits. In the  summer months, it would be unbearably hot in cities like Marrakech. The best thing to do is to combine a city trip to the royal cities of Fez, Meknès, Rabat and Marrakech with a subsequent beach holiday on the Atlantic in Agadir.

Where is it hot in Europe in October? 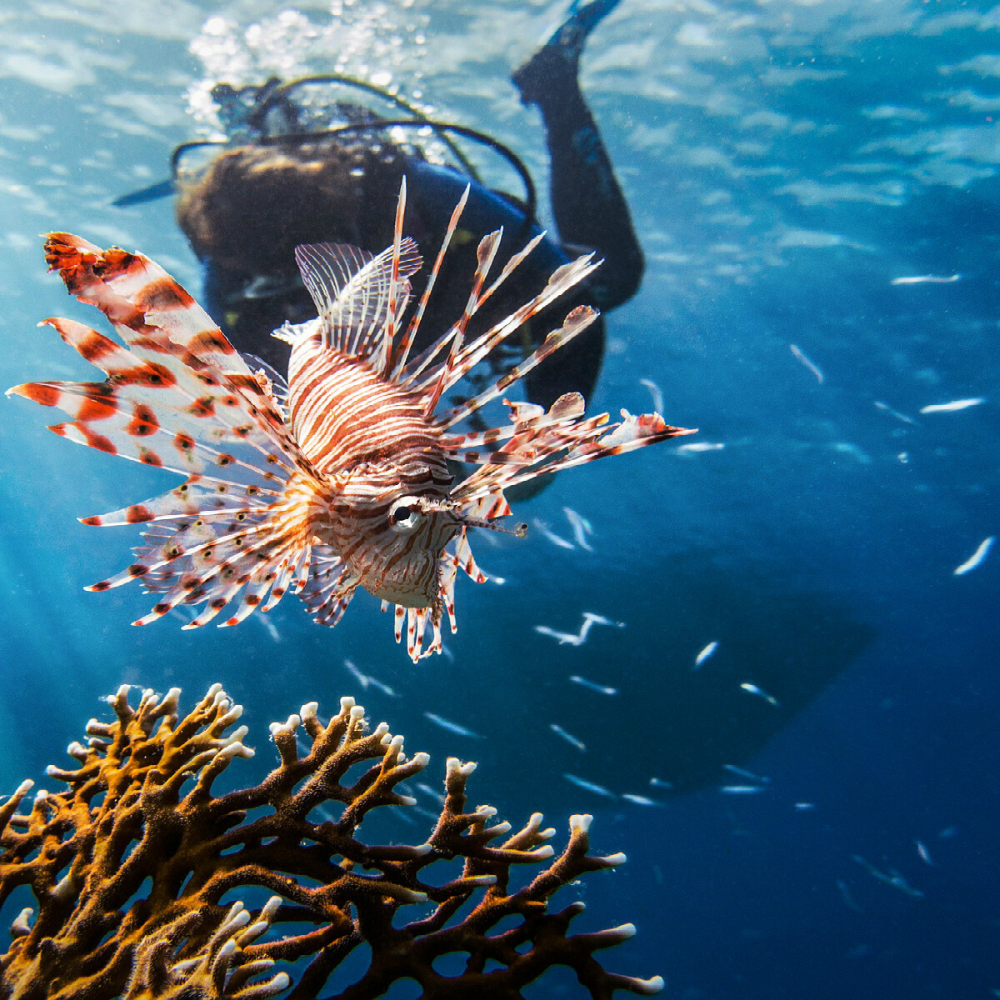 Definitely in Egypt. Although it is not part of Europe, this country is as far away as the Canary Islands for a Central European in terms of flight time. Some people might find it too hot in Egypt in October, with daily averages of 30 degrees. Thanks to the hot temperatures, the water is almost bathtub temperature. Those who like to go sightseeing and don’t tolerate heat well should postpone their Egypt holiday to November. The temperatures are more pleasant then and year-round sunshine is guaranteed.

The Croatian coast is deliberately not listed here as a destination in October because it is already too cold to swim and the weather is no longer as stable as in summer. The weather is just right for hiking and sightseeing. However, many hotel resorts in Croatia end their bathing season in mid-October, making a hotel holiday more difficult.

Are you travelling with children and want to know which destinations are particularly worthwhile during half-term? Read more about the best destinations for the autumn holidays.