Six reasons why you should holiday in Djerba

20 Oct Six reasons why you should holiday in Djerba

Have you ever done a holiday in Tunisia? If not, you should definitely add it to your “must-see-before-I-die” list, because Tunisia is wonderful! In particular, the offshore island of Djerba in the East of the country has already enraptured me and many others who have visited. Learn why this destination is so exciting and what you can expect during your holiday in Djerba in my list of six reasons for a holiday there.

1. Good weather is guaranteed during holiday in Djerba 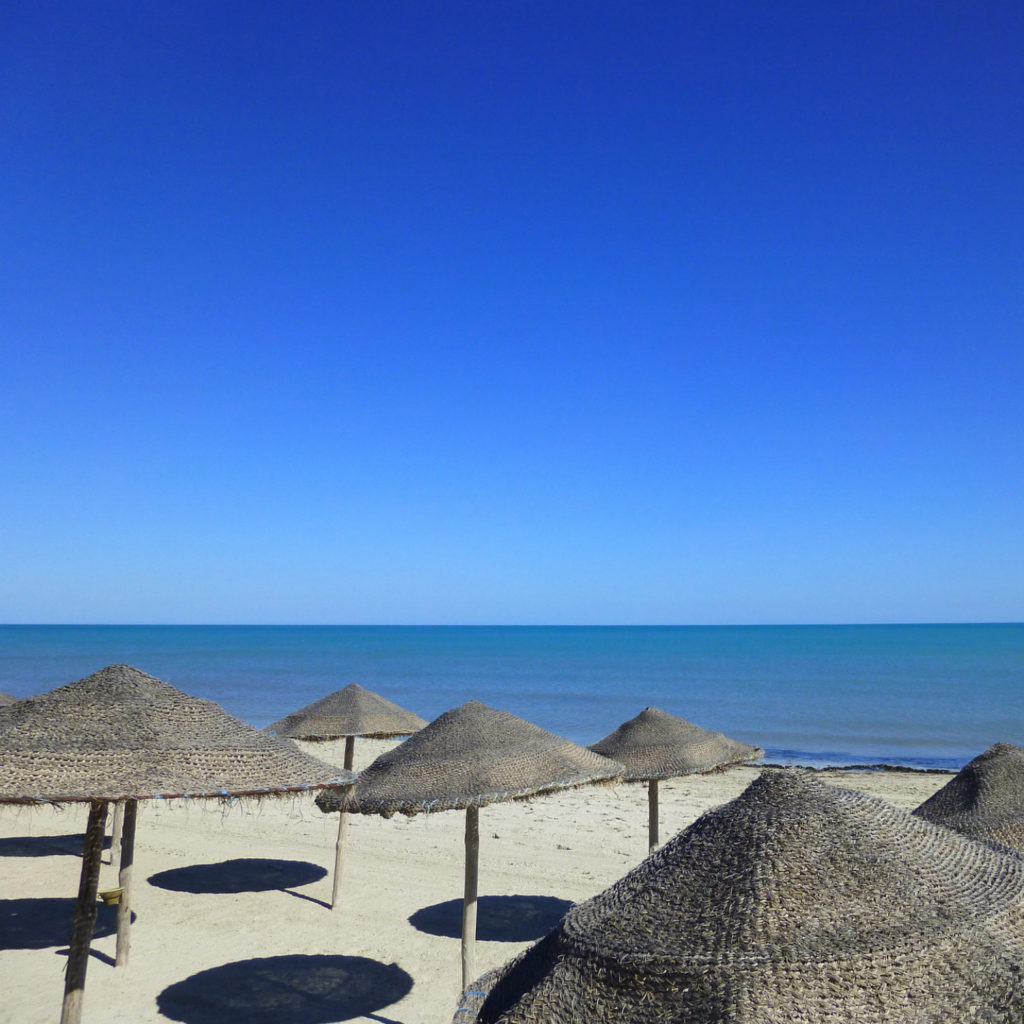 It doesn’t get any bluer! Cloudless skies over Djerba

332 sunny days a year with more than 3,000 hours of sunshine – this is something you can bank on. Due to its pleasant climate, Djerba is a great holiday destination in both winter and summer. With a water temperature of about 20°C, bathers can swim in the Mediterranean even in November. And in contrast to the usual suspects – the Canary Islands and the Balearic Islands – the long, white sandy beaches of Djerba aren’t carpeted in beach towels, but are relatively quiet. Score a point for Djerba, I’d say! 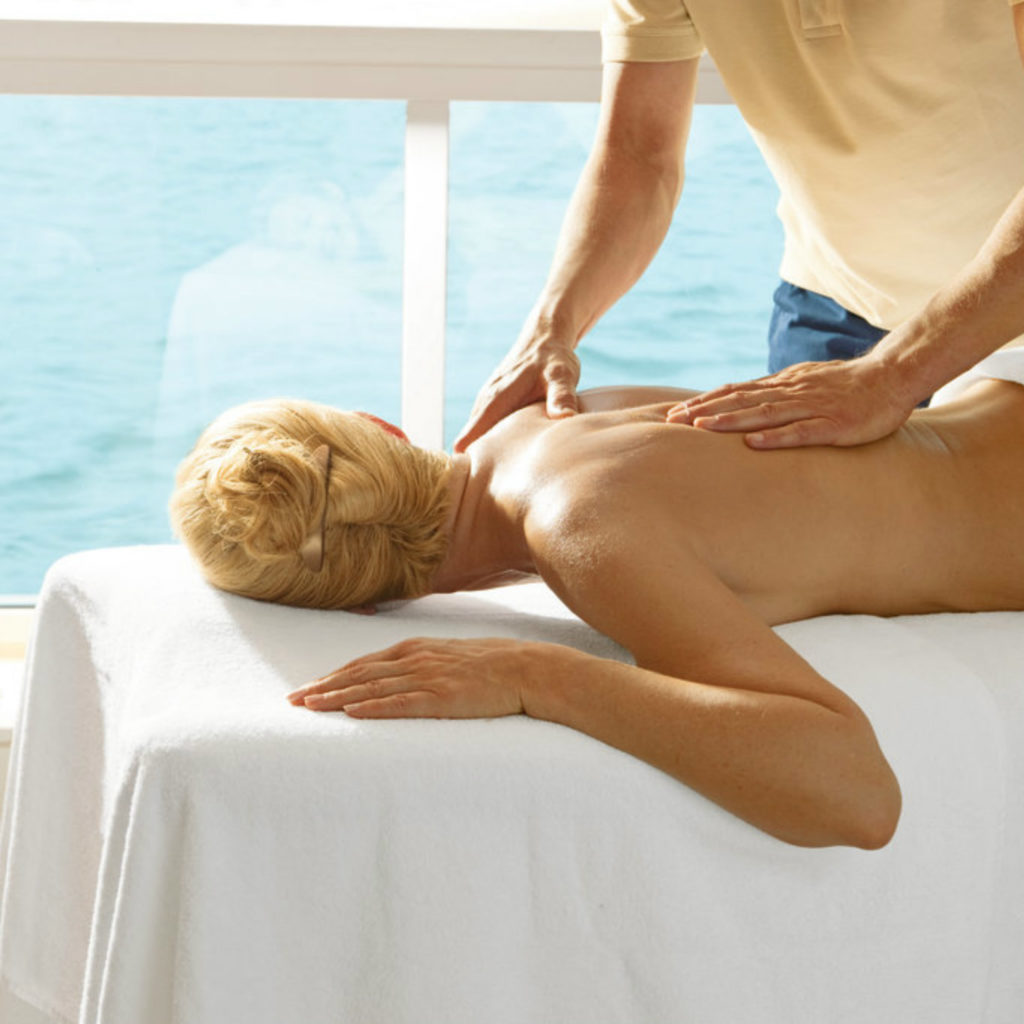 The healing properties of seawater are the basis for Thalasso treatments

Did I just hear “Thalasso”? Actually, Tunisia is the second largest provider of Thalasso treatments in the world after France. If the term doesn’t mean anything to you, let me explain: Thalasso includes therapeutic treatments with seawater, sea salts, and sea air. Accordingly, real Thalasso centres are usually within walking distance of the sea and use only fresh, untreated seawater, according to the official criteria. Centuries ago, an English physician discovered the beneficial effects of the sea. Today, hydrotherapy treatments, baths, seaweed wraps, or special massages are applied to relieve discomfort, to promote bodily regeneration, and to achieve greater well-being. And since I try out new treatments religiously as a self-proclaimed wellness fanatic, I found myself on the massage table as quickly as someone said “Thalasso treatment”. After a sea-salt peeling, I felt like a new person! You should also try it out! 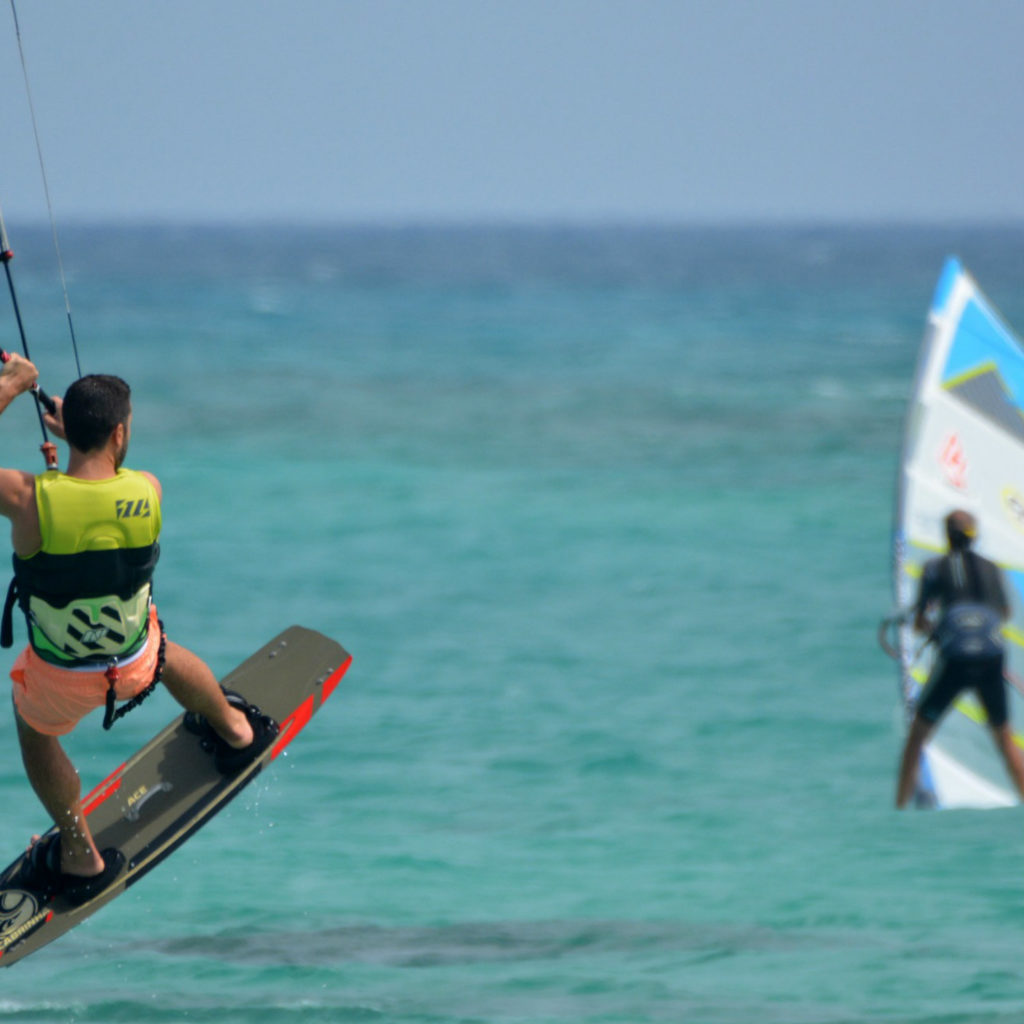 Djerba is the perfect spot for water sports enthusiasts.

While we’re talking about sea water… Anyone who holidays in Djerba and doesn’t clamber onto a surfboard, SUP board, jet ski, or other water sports equipment has only himself to blame. Djerba’s coast is a hotspot for water sports! Kitesurfing, windsurfing, sailing, and diving down into the exciting underwater world of Djerba are absolute musts. The gently sloping sandy beaches and clear waters make it easy for beginners in particular to jump on a board for the first time without fear. So at least pack the snorkel set and jump into the sea – adrenaline kick included. 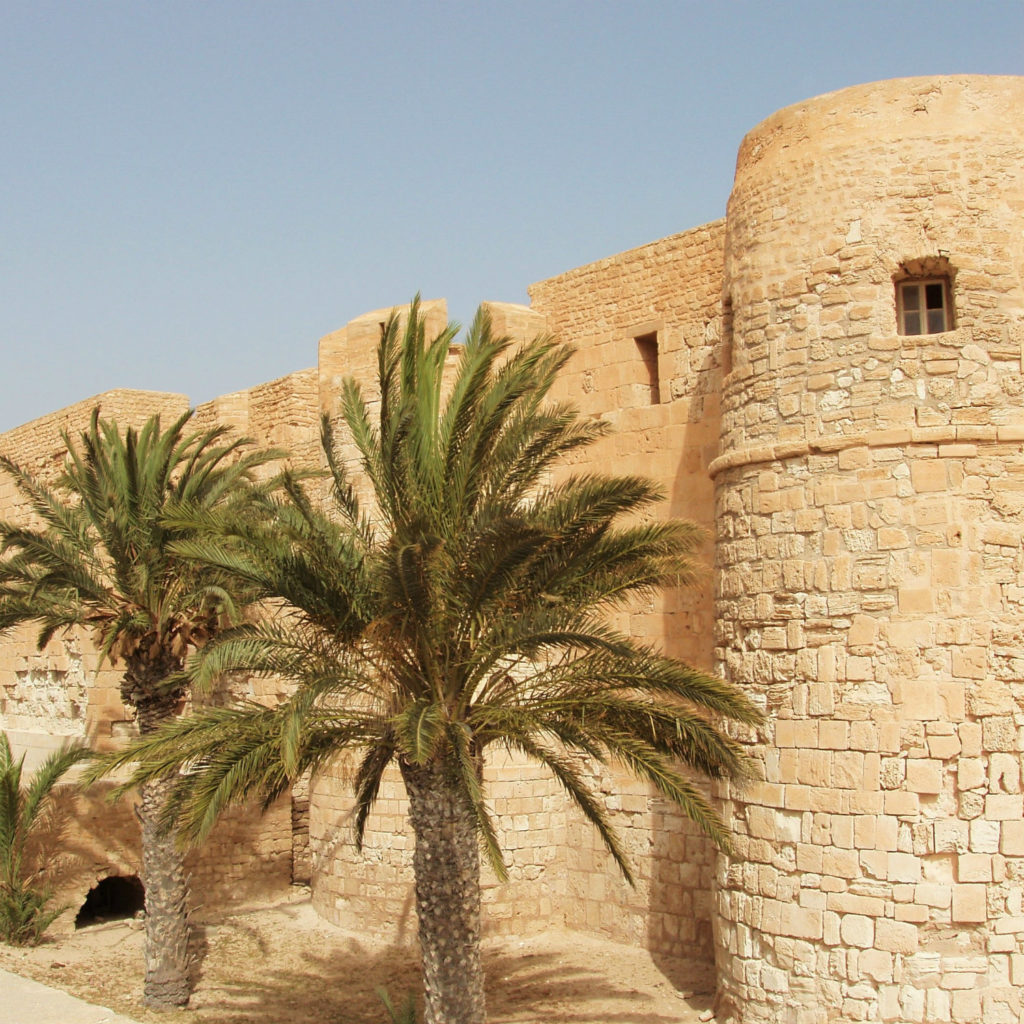 In my humble opinion, some important criteria for any resort are art, culture, and cuisine. Djerba sweeps these categories as well! If you’re interested in art, don’t miss “Djerbahood”. The street art project has brought together over 150 artists from around 30 different countries. More than 250 impressive works have been created on walls of houses and buildings. The most famous artist of Djerba, Jilani, exhibits his own works and those of other local artists in his house Dar Jilani. Definitely worth a visit! Also, the Al Ghriba Synagogue southwest of Houmt Souk – the oldest synagogue in Africa – is worth seeing, as is the medieval fortress of Bordj el-Kebir in Houmt Souk. Close to the Roman dam, which connects the island of Djerba with the mainland, there is also the archaeological site of Meninx. Midoun attracts those looking for treasures at the bazaar or to haggle at the market for delicious specialties. Specifically, the Tunisian patisserie with its sweet temptation is an absolute dream for a sweet tooth like me! Apart from that, Tunisian cuisine is mainly influenced by periods of earlier colonisation. A bit of French cuisine and a few pages from the Arabian recipe book create a delicious, usually well-seasoned selection of Mediterranean dishes. Couscous, red sauces, lamb, beef, or fish are often part of the food. Sound good? You should try it! 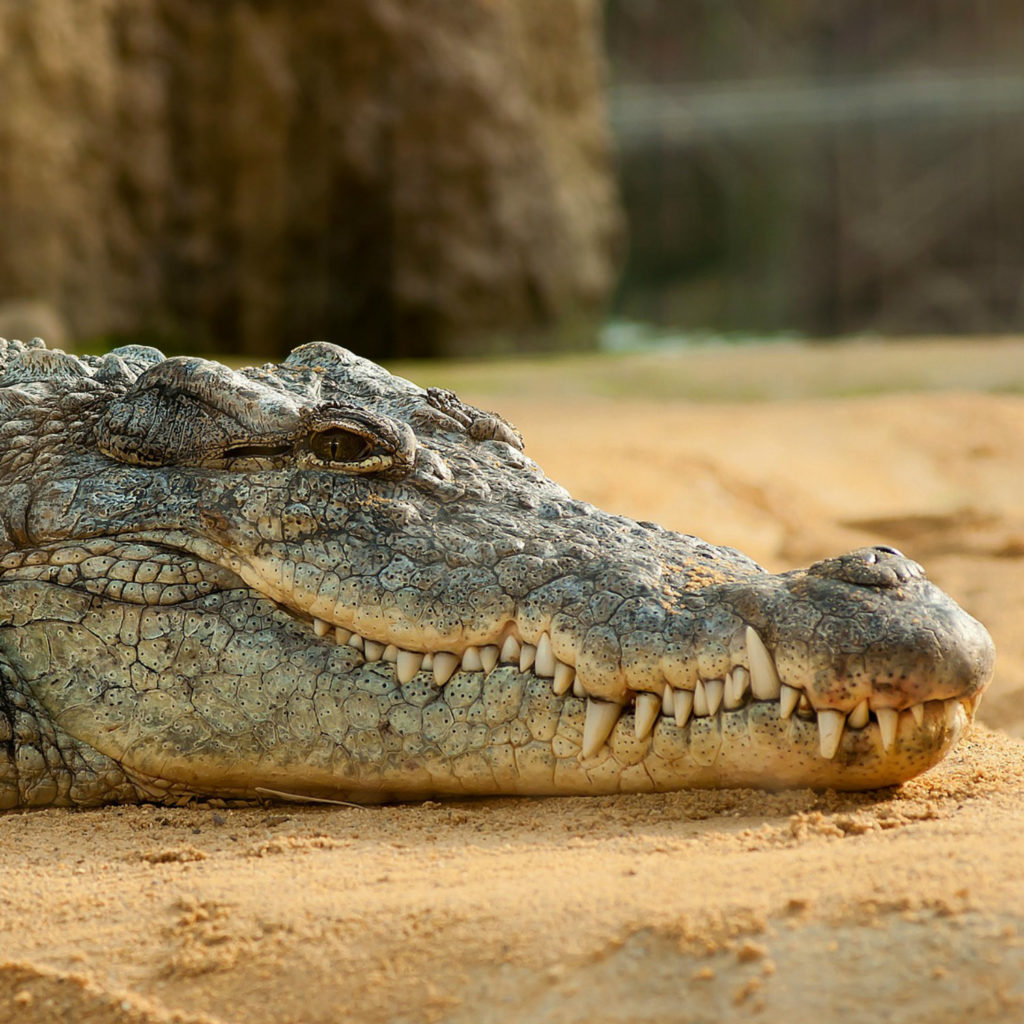 At the crocodile farm Animalia, Nile crocodiles can be observed up close

Djerba isn’t called “Gateway to the Sahara” for nothing – its proximity to the world’s largest dry desert creates arid areas of fine sand dunes. At the same time, Djerba has one of the most beautiful oases: a lush grove of palm, olive, fig, and pomegranate trees is also part of the island. I was pretty amazed at the Djerba Explore Parc by the crocodile farm Animalia, where around 400 Nile crocodiles – some several metres in length – earned my respect. The highlight is getting to feed the animals, and anyone who watches instantly understands why the animals are considered excellent hunters. Much more relaxing, but no less interesting, are the wild flamingos that can be seen on the flamingo island of Ras R’mel. Between December and March, the bright pink birds settle on the sandbanks in front of the promontory in large groups. A phenomenon that you also shouldn’t miss! It is especially fun to whizz through Djerba with a buggy.

6. From strangers to friends 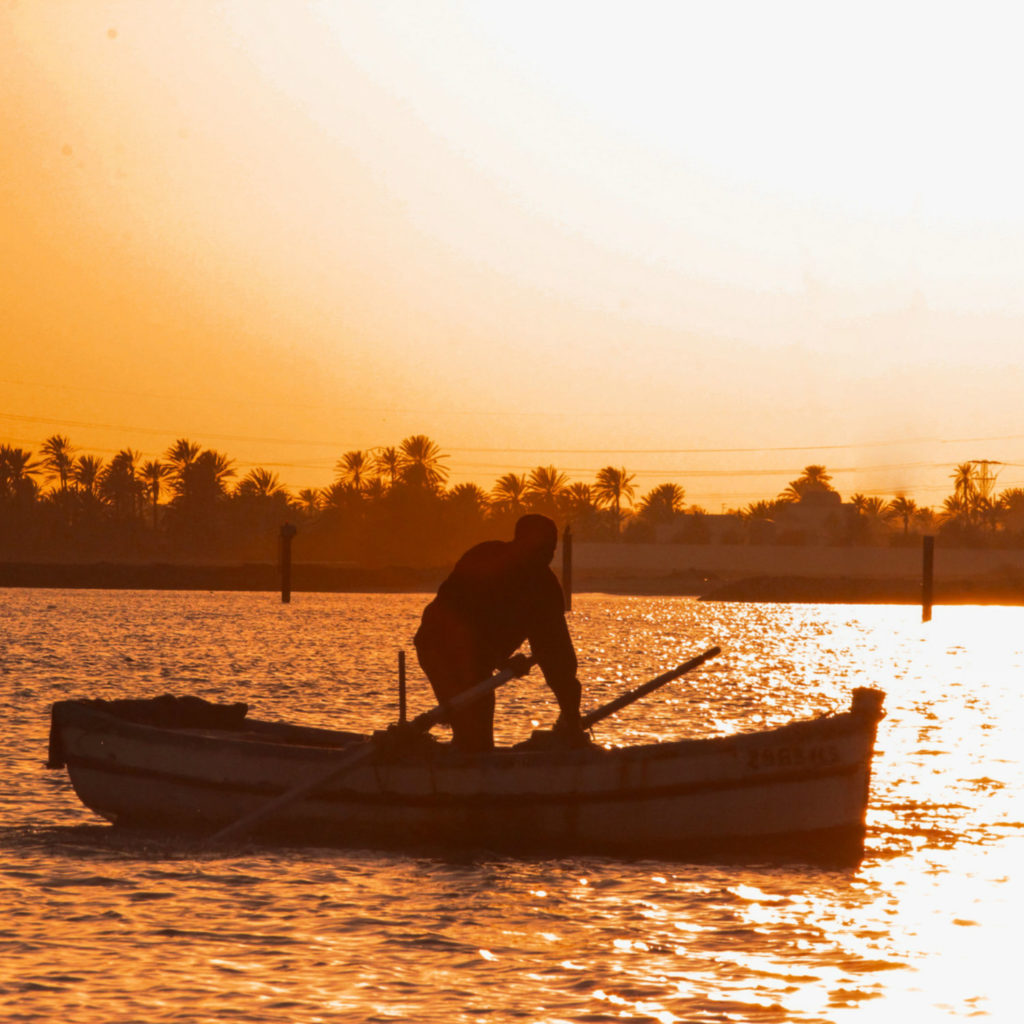 Get to know the country and people on Djerba – it’s worth it! ¦ Source: fotolia.de © Ridha

The Tunisians understand how to make guests feel welcome like no others. As excellent hosts, they always make sure that you don’t lack anything and they value friendliness, attentiveness, and polite manners, but understandably expect the same from their guests. Just so you know exactly what that means in a country like Tunisia, here’s a little crash course: You should not reject a private invitation to visit, or only for a very good reason, because this is considered a sign of respect. Anyone who receives a gift is welcome to reciprocate – but not with money. When greeting with a handshake, you should always ask first about the health of the person and their family before the conversation changes to another topic. Since the country is Islamic, revealing clothes or displays of affection are not welcome in public – restraint is called for here. If you follow these simple rules, you can have an unforgettable time on Djerba and make new contacts easily. You will soon have the opportunity to do so when the new TUI BLUE Palm Beach Palace opens in March 2018 on the northeast coast of Djerba. Then you can let yourself be enchanted by the land and the people of Djerba as I have, and you’ll certainly find even more reasons why a holiday on the island is an absolute highlight that everyone should experience at least once.