Hurghada or Sharm el Sheikh – where is a holiday worthwhile? 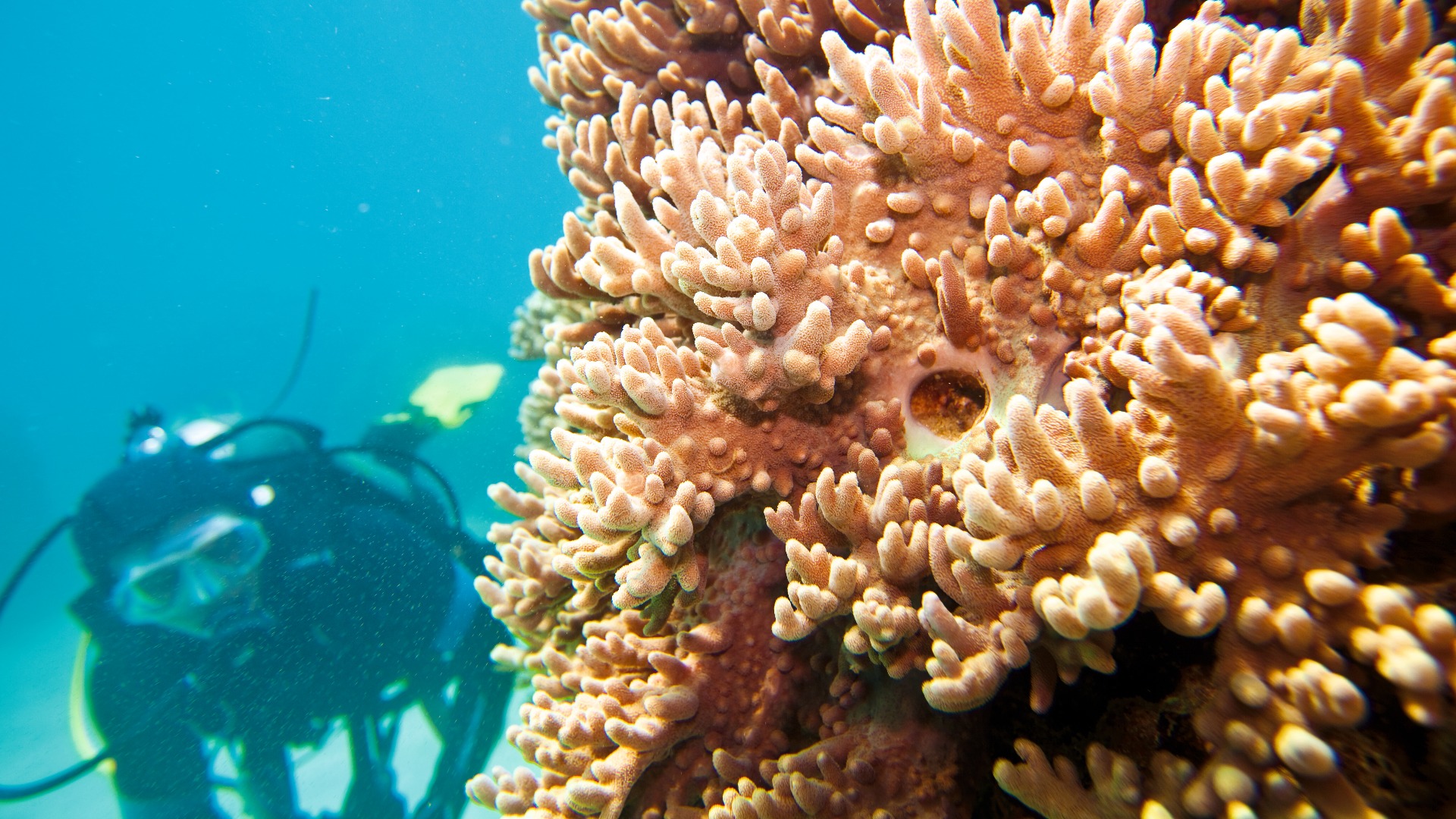 02 Dec Hurghada or Sharm el Sheikh – where is a holiday worthwhile?

Hurghada – Here’s where the action is

Hurghada is probably Egypt’s best-known holiday resort and is thus also considered a true metropolis and tourist region with 150,000 inhabitants. The place is one of the most important economic centres of the country and lies directly on the Red Sea halfway between Cairo and Marsa Alam.

Attractions in Hurghada: In Hurghada you will find many large hotels, a large mosque worth seeing and, in addition to beautiful beaches, many shopping opportunities and other attractions such as shows or concerts and a large aquarium. Something you have for example further south in Marsa Alam or Port Ghalib not or not to this extent. 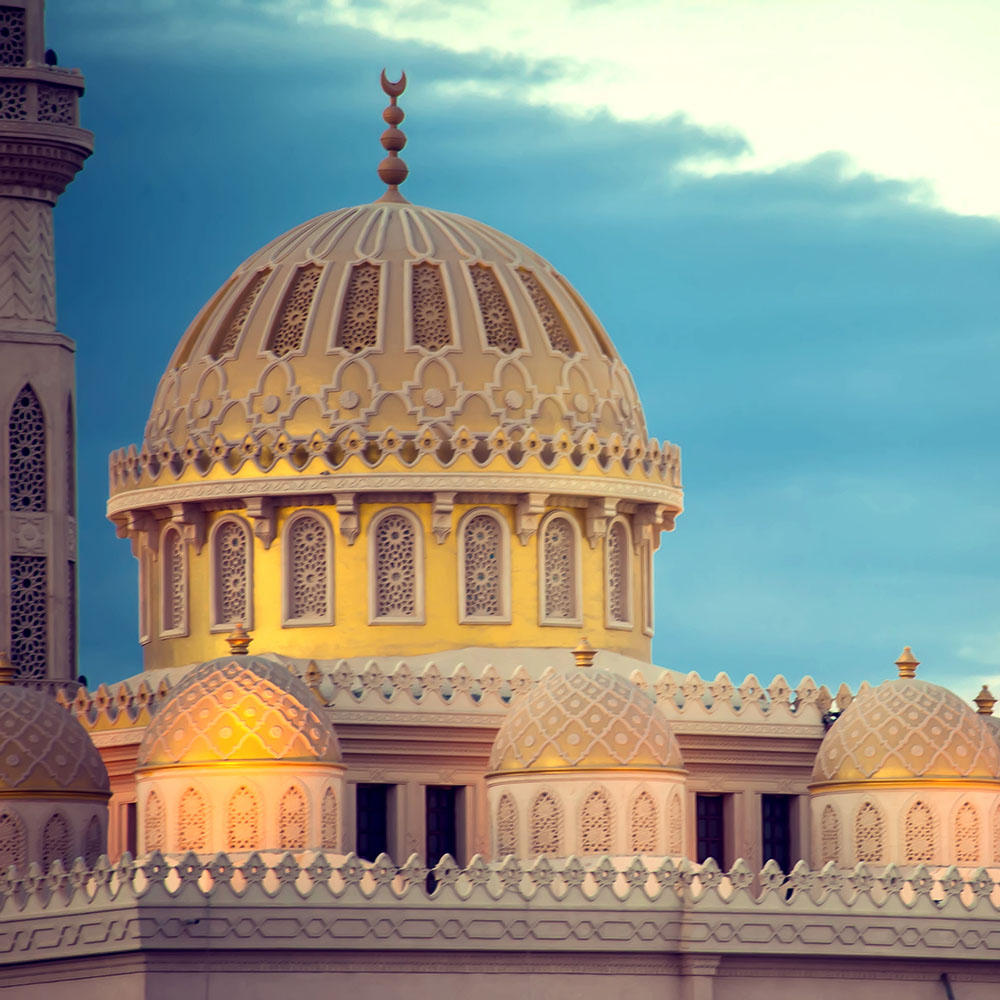 Also worth a trip – the mosque in Hurghada

Excursions in Hurghada: Cairo and the pyramids of Giza are only half a day’s journey away, and Luxor and its temples are also worth a trip. On the way through the desert you can also stop at the Bedouins and enjoy the delicious flat bread and a cup of tea.

Diving in Hurghada: Hurghada offers nearby reefs, house reefs and also wreck diving. Whether you are interested in diving, diving beginners or advanced divers, there is something for everyone here. Also snorkelling is very good in Hurghada.

But due to mass tourism, the underwater world has unfortunately already been destroyed in many places, nevertheless you will find a few beautiful corners and colourful fish everywhere. 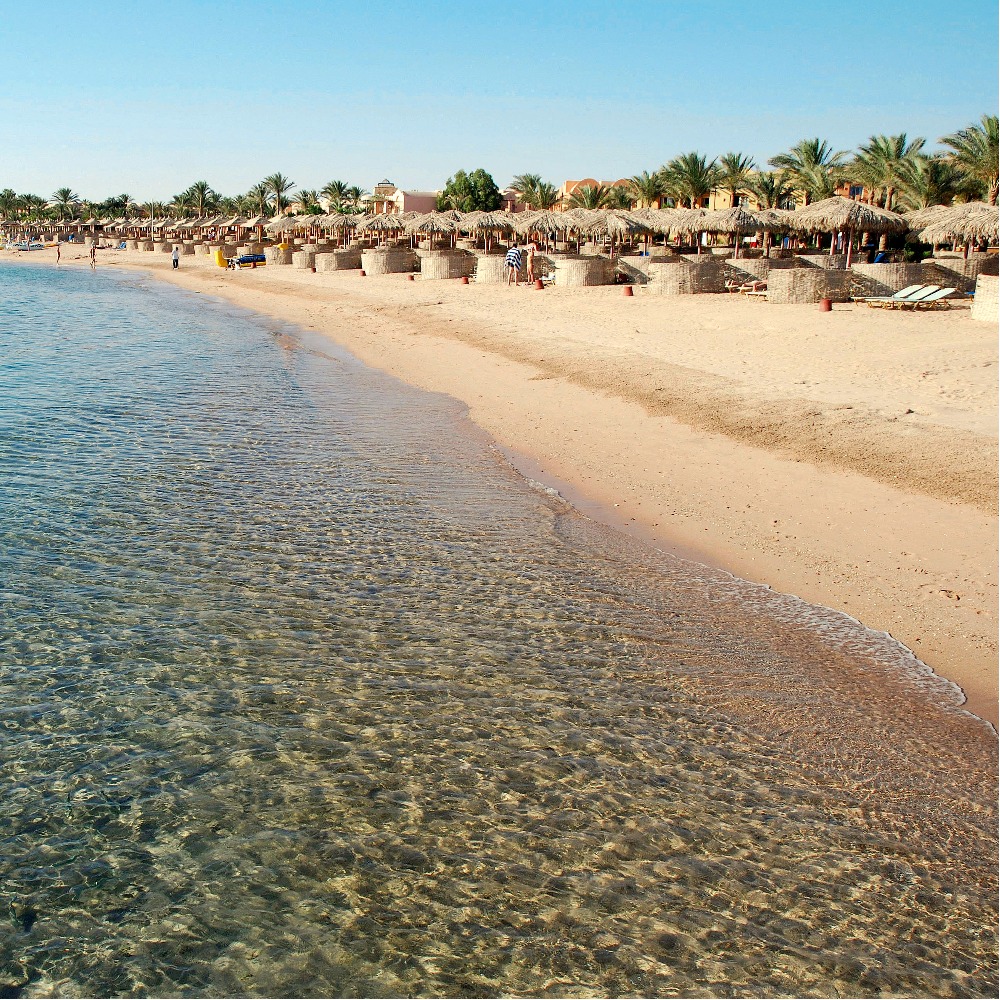 The beach at TUI BLUE Makadi in Makadi Bay

Tip: For those who don’t need the hustle and bustle of the big city and want a quiet and clean bay for snorkelling and diving and still close to town, I recommend Makadi Bay 30 km south of Hurghada. Here there are first-class all-inclusive hotels, a golf course, a water park and of course a house reef.

The small town of Sharm El Sheik is located on the southern tip of the Sinai Peninsula, which borders Israel, and is also a well-known tourist area. Locally, there are numerous hotels, restaurants and souvenir shops, as well as good bus connections along the coast.

Attractions in Sharm El Sheikh: Be sure to pay a visit to a bazaar and go to the Old Market in the old town of Naama Bay, where you can also visit the fabulous mosque. 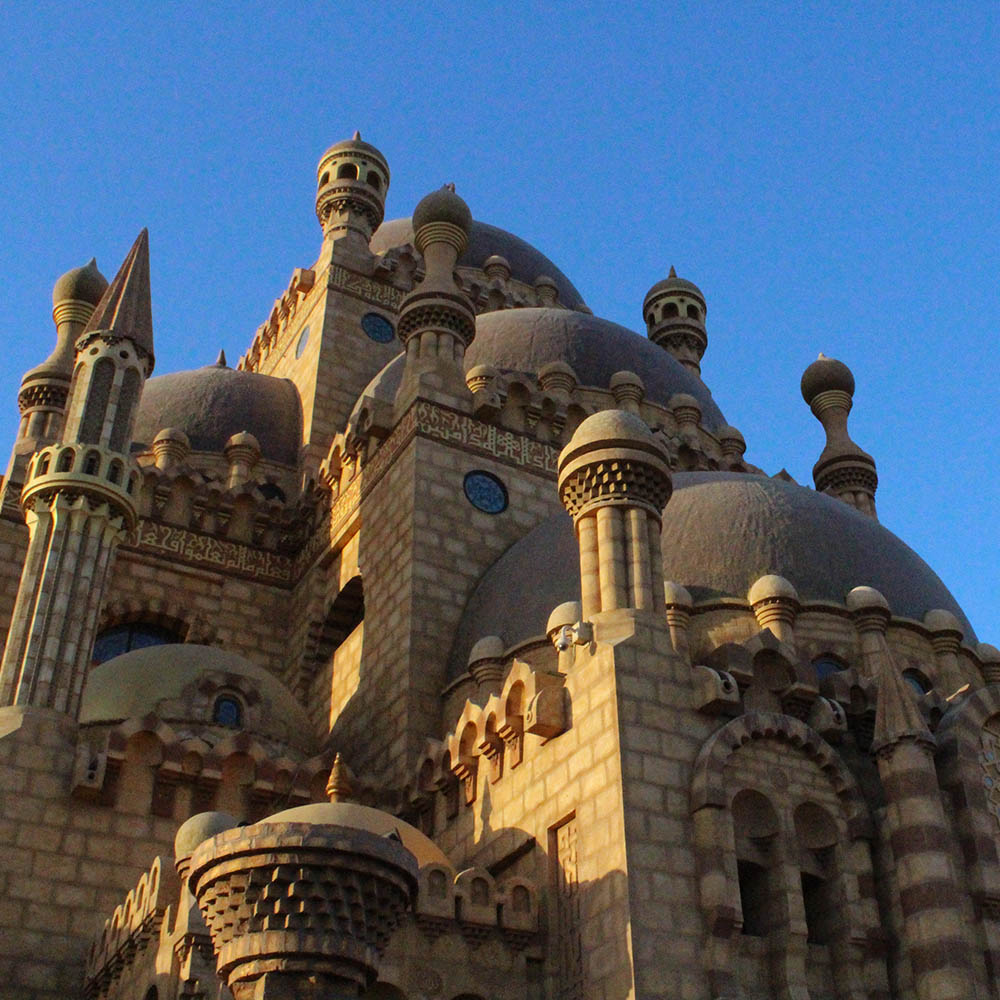 The mosque in Sharm el Sheikh

The SOHO Square shopping centre also has many restaurants, bars and cafés, and you can play squash, tennis or bowling. If you want to escape the heat, you can even go ice skating there.

Despite this, simply because of its size, Hurghada offers more leisure activities than Sharm El Sheikh. So the point goes to Hurghada.

Excursions in Sharm El Sheikh: The famous Catherine’s Monastery, hidden in the mountains, is a must-see when in Sinai! The National Park Ras Mohammed attracts with a bike or boat trip and there you can observe the unique flora and fauna in the mangrove forest. 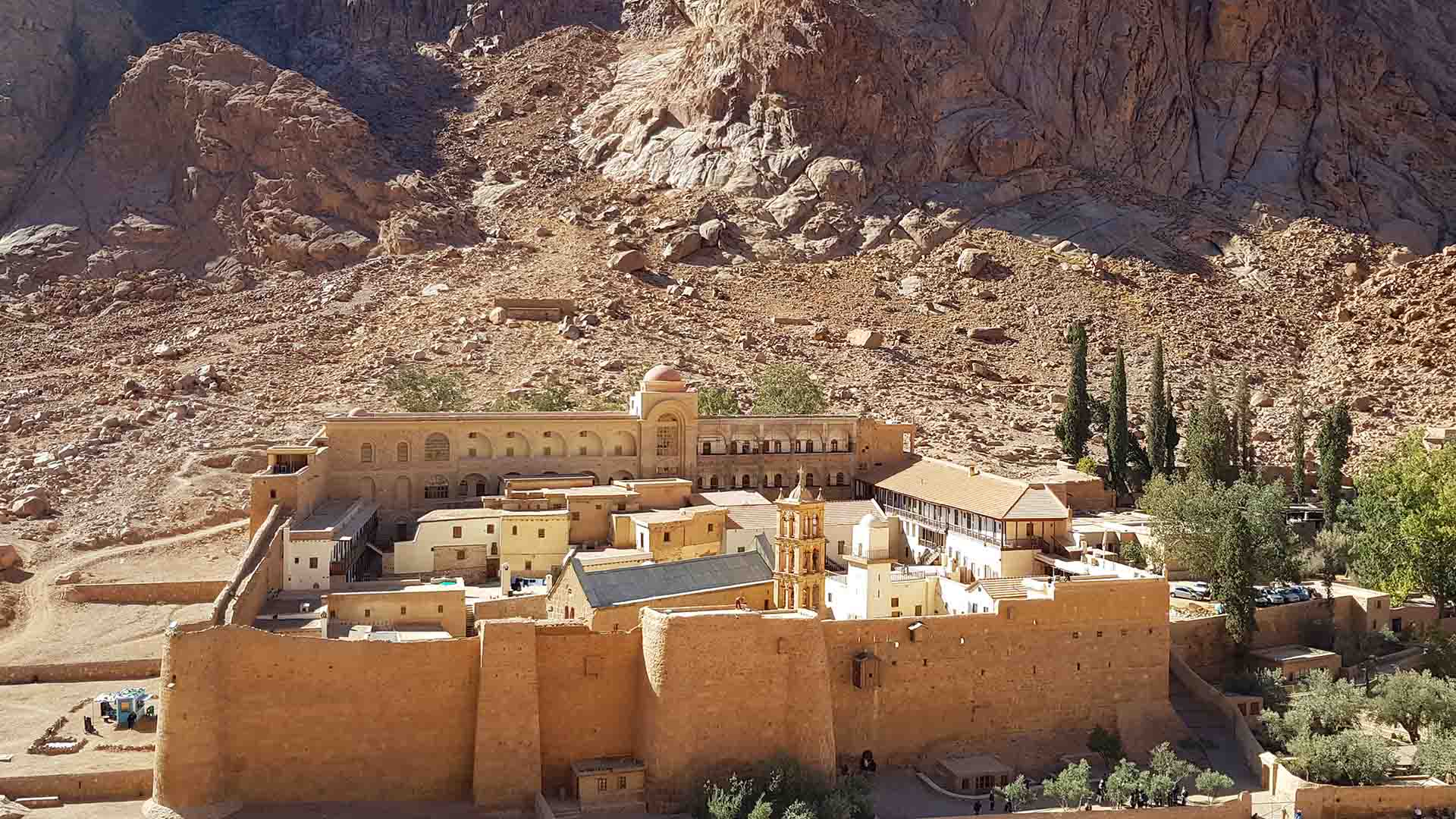 A trip to the desert is always worthwhile, whether it’s a quad tour during the day or at night to look at the starry sky – you’ve never seen so many stars!

Cairo and the pyramids of Giza are practically as far away from Sharm El Sheikh as from Hurghada. However, it is further to the pharaonic sites on the Nile from Sharm El Skeikh than from Hurghada. Of course, there are still excursions lasting several days. This costs accordingly and involves a lot of driving. If you want to visit the royal tombs, Luxor, Aswan etc., a combination of a Nile cruise and an extension week in a hotel on the beach is the better option (also in combination with Hurghada).

When it comes to excursions, Hurghada and Sharm El Sheikh don’t take much away. 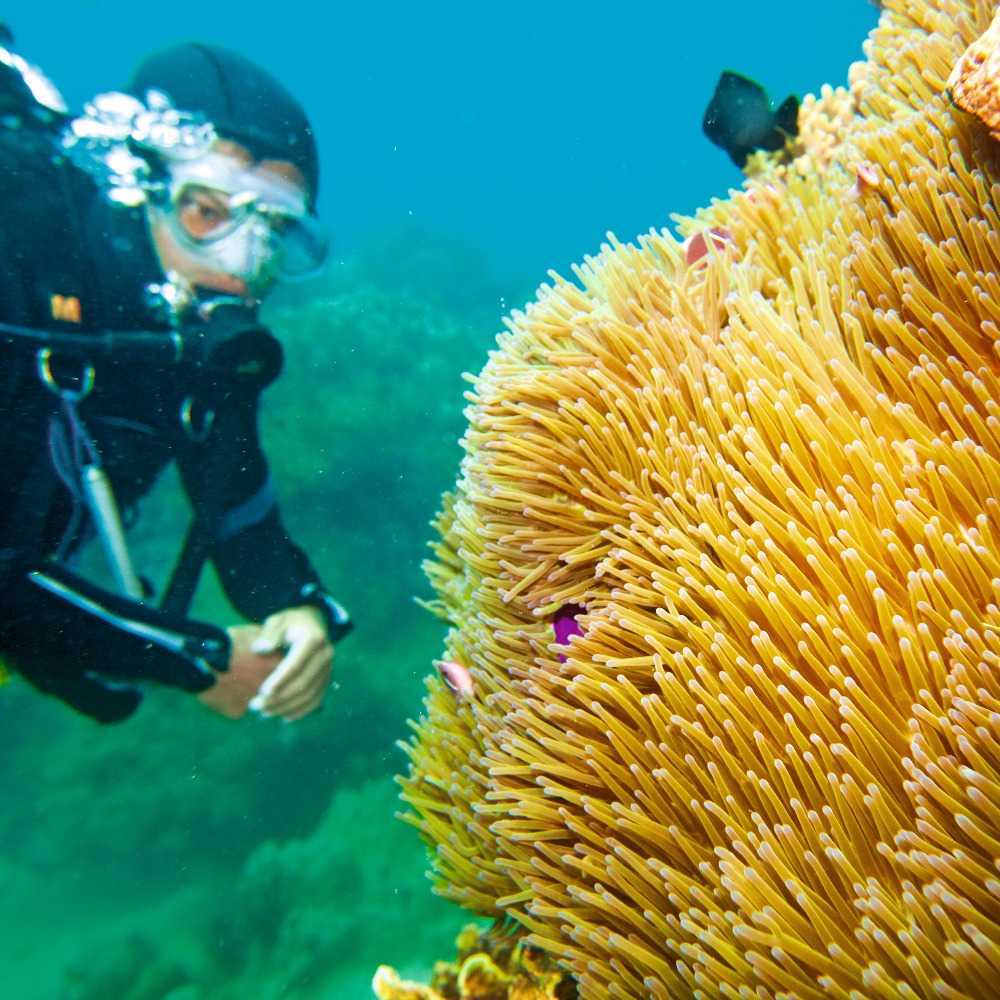 There are colourful underwater worlds to discover here

Diving in Sharm El Sheikh: The Ras Mohammad National Park, the Strait of Tiran, the islands between Sinai and Saudi Arabia and many other spots offer wonderful dives. The underwater world is still intact here and it is more colourful and lively than around Hurghada. Snorkellers can easily reach the house reef from the jetty of their hotel. This point definitely goes to Sharm El Sheikh.

If the underwater world is your main focus, Sharm El Sheik stands for particularly good water quality and many intact coral reefs, i.e. the perfect starting point for snorkelling or diving. Some hotels have house reefs, otherwise there is the possibility to book excursions to see turtles, seahorses, clown fish and co.

Hurghada is particularly suitable for diving beginners, but has fewer intact reefs than Sharm El Sheik.

Which holiday spot is better in the end?

What convinced you more, Hurghada or Sharm El Sheikh? That depends entirely on your preferences. Both places are definitely worth a visit and offer many excursions and activities as well as diving schools. I would say Hurghada is for those looking for more action, Sharm El Sheikh for a quieter holiday or with a focus on diving and snorkelling.

When is the best time to travel to Sharm El Sheikh and Hurghada?

After only about four to five hours of flight time, you can reach the year-round warm country of Egypt from many European airports. The months from September to November are the best for diving, with excellent visibility conditions. The summer months are often very warm and in winter there is often a fresh wind blowing over the Red Sea.

But the winter months are especially popular as a time to escape the nothern European cold and soak up some sun.