Fury in the Slaughterhouse rocking the Fleesensee

06 Apr Fury in the Slaughterhouse rocking the Fleesensee

“Come see Fury in the Slaughterhouse perform live tonight in the TUI Bar,” said an invitation in my hotel room at the TUI BLUE Fleesensee when I arrived. Who are they again? No, it doesn’t have anything to do with Samuel L. Jackson killing cattle. The band is actually quite famous and has sold millions of albums in the last 30 years. “I’m probably too young to have heard Fury’s greatest hits,” I thought to myself. I went to YouTube and listened to a few songs. It turns out that some of them are really well-known, like the catchy anthem “Will Not Forget These Days.” A few weeks before, Fury in the Slaughterhouse had played in front of 30,000 fans in Hanover. And now they were here in the hotel bar? Why? The instruments of Fury in the Slaughterhouse without sound

30 years of Fury in the Slaughterhouse

The six-member band is celebrating its 30th anniversary this year, and has gone on tour in Germany. Of course, a musical group has to find a place to rehearse and prepare for a few days, and for that they had chosen the TUI BLUE Fleesensee. Tasting room, restaurant, bed, spa… all in one building. Even rock bands like to live comfortably, regardless of whether or not they end up smashing their hotel room.

There was a small stage in the TUI Bar that would be rebuilt in the middle during the afternoon for Fury in the Slaughterhouse. Again and again, someone from the band would scurry past. “Is that one of the members of Fury?” A few tourists would whisper to themselves. “Yes, I think so.” The bar filled up with guests who had followed the exclusive invitation to the spontaneous concert, curious and unsure of what to expect. The band gathered and started up. I was expecting rather worn and broken rock musicians à la Mick Jagger, but the six men actually looked quite inconspicuous and approachable. You could reach out and touch them since they were right there in the middle of the room, where guests could take pictures and film with their phones. 30 years and not a bit tired – Fury in the Slaughterhouse

And off they go!

Our social media manager, Dirk, made everyone on social media jealous that they couldn’t be there. The songs “Bar des Boulistes”, “Words”, “Then She Said”, “Down There”, and “Cry It Out” weren’t familiar to me. But many guests knew the lyrics and sang along. The lead singer, Kai, belted with feeling, sometimes with melancholy, sometimes with power. The Furies played around the with audience between songs, with Thorsten carrying the saxophone-playing Christian on his shoulders at one point, to the hooting of their fans. The bearded Gero danced through the rows to the piano. Obviously, the fans and musicians could have a lot fun with an intimate gig like this.

Christof is everything, really!

Were they going to end after five songs? The audience loudly demanded an encore. We were rewarded with “Trapped Today, Trapped Tomorrow” and “Kick It Out”. After that, the Furies didn’t disappear, but sat at the bar to have their pictures taken with fans and patiently sign autographs. I talked for a bit with Thorsten, who sings and plays guitar for Fury, and his brother Kai looked really similar. I found out that, before his breakthrough with Fury in the Slaughterhouse, he had worked as a paramedic. Well, I guess rock stars are just normal people. The Furies continued partying at the hotel bar until late in the night. The next morning, we ran into them at breakfast, and they looked no more exhausted than Dirk and I. 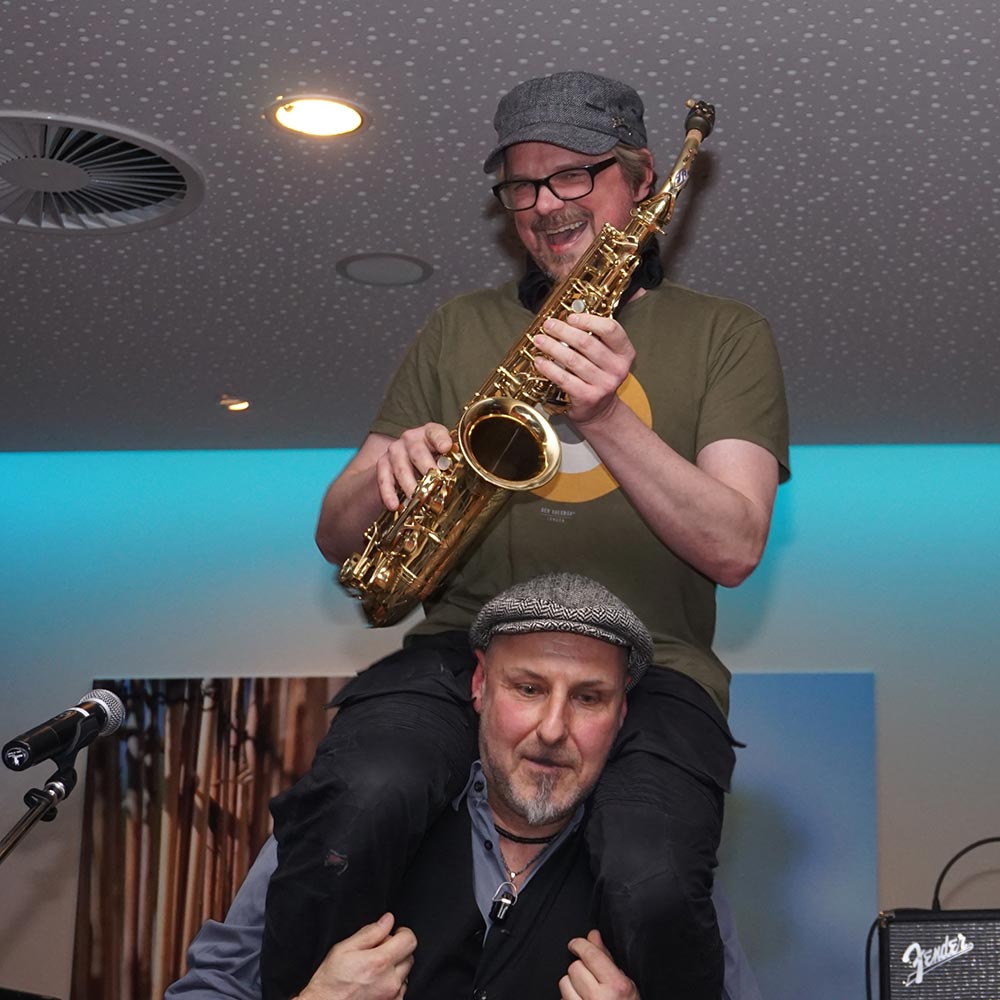 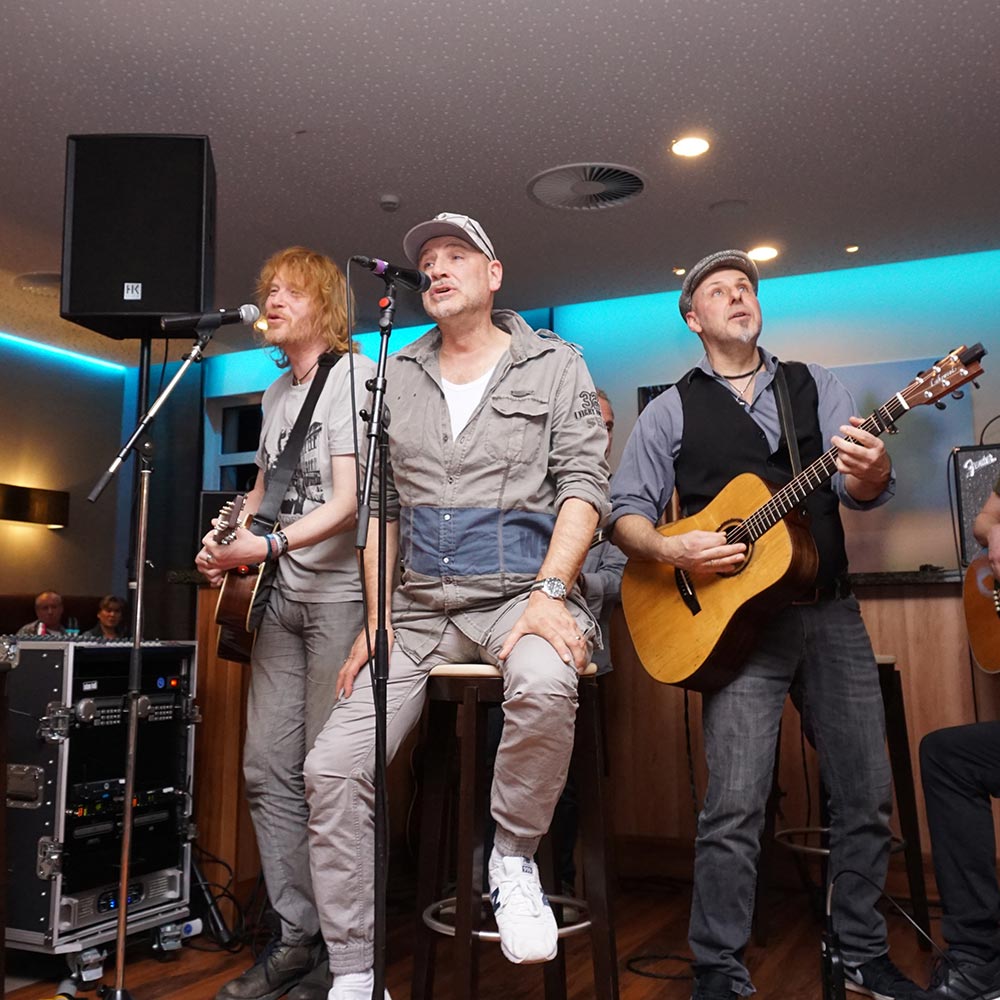 The three from the petrol station 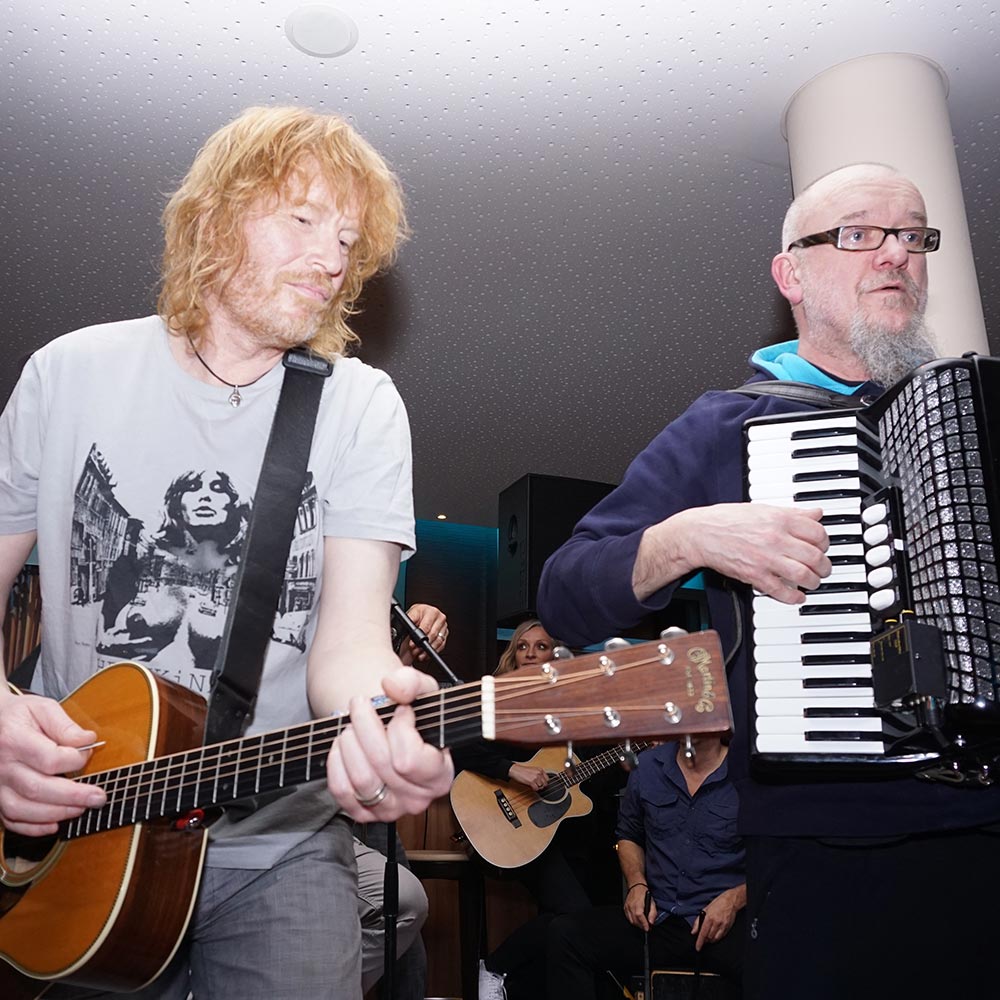 Christof and Gero in their element

What’s next? Lady Gaga at Il Castelfalfi? Ed Sheeran at the TUI BLUE Schladming? Who knows… 😉 The hotel rooms are all still intact.

Experience Fury Fury in the Slaughterhouse

When Miri isn't working on the TUI BLUE website or the blog, she's traveling around the world. She loves good food, hammocks, and kitschy sunsets.