Not Just Fish: The Cuisine of Mecklenburg

05 Oct Not Just Fish: The Cuisine of Mecklenburg

If you think of culinary specialties on the Baltic Sea and in Mecklenburg-West Pomerania, you probably immediately think of – that’s right: fish! And no wonder: the excellent location to the Baltic coast and the countless inland waters puts fish dishes on every menu in Mecklenburg. But the cuisine of Mecklenburg has more to offer than just fish. Meat and game dishes, as well as regional agricultural products, are also specialties that are happily served for dinner at the TUI BLUE Fleesensee.

Basically, hearty meals such as fish, meat, or game are combined with sweet side dishes or ingredients in Mecklenburg. I’ve tested the Mecklenburg cuisine, and I’ll tell you my absolute favourite dishes. Let yourself be inspired!

Right from the Cutter to the Hotel Kitchen on the Fleesensee

Fish is and remains the culinary leader in Mecklenburg. Freshly caught herring, cod, eels, pike-perch, or salmon make their way directly to the beautifully arranged plates in the restaurant. If, like me, you like to spend your holidays on the Fleesensee, you definitely shouldn’t miss out on the delicacies of the fish dishes. Smoked fish tastes particularly good: smoked mackerel or trout… awesome! As an appetiser, I recommend the Stralsunder fish pot – a classic offering of Mecklenburg cuisine. 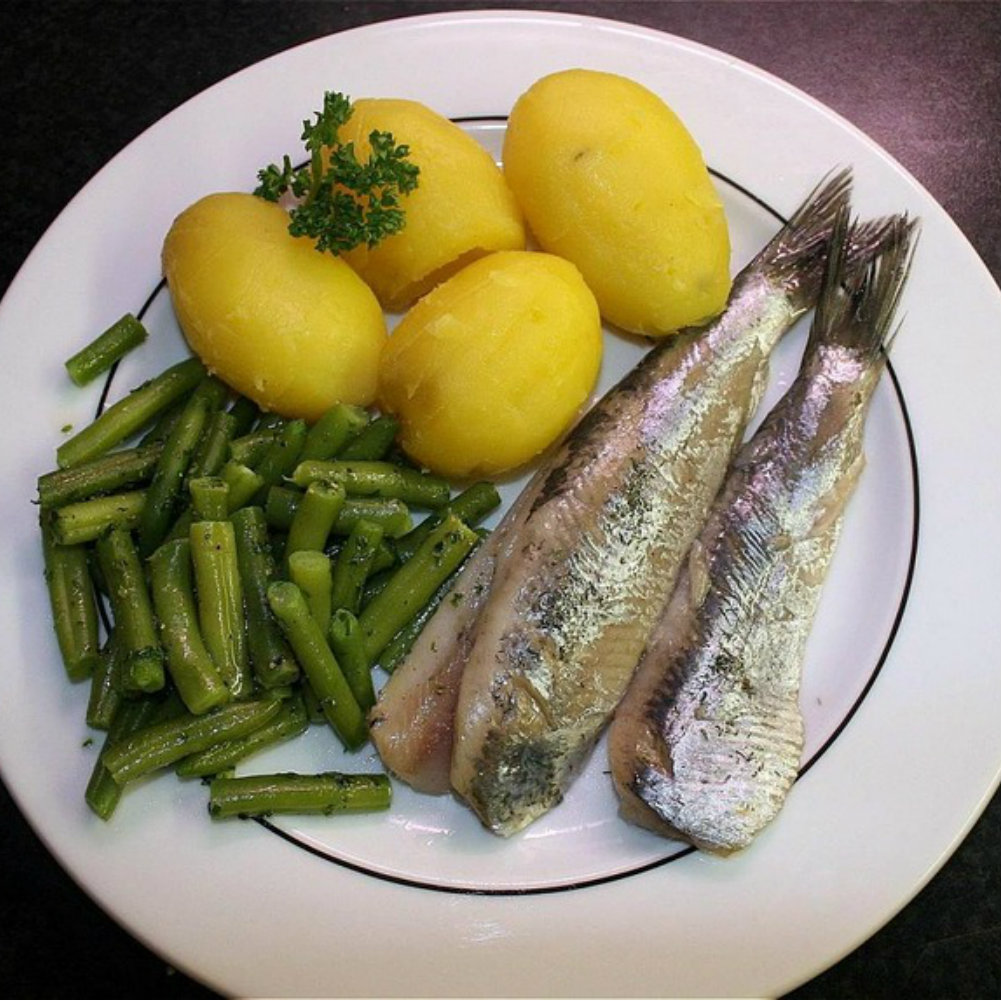 Anyone imagining the cuisine of Mecklenburg thinks of fish. Herring with potatoes and green beans is a typical dish in northeastern Germany.

Mecklenburg Cuisine – The Best Regional Meat from the Baltic Sea

In addition to delicious fish dishes, the people of Mecklenburg can hardly do without meat and game. Because of the game-rich coastal forests, guests can enjoy tasty game dishes at the TUI BLUE Fleesensee. Meat dishes such as Gestowte Wruken (a pork belly with turnips) or Schweriner Grützwurst are part of the local diet. After an active day full of wonderful experiences, the delectable delicacies of Mecklenburg cuisine naturally taste twice as good. How about cycling in the Mecklenburg Lake District or water skiing on the Fleesensee before dinner? Give it a try!

You know that feeling too? You look at the menu and don’t know what to order because everything looks delicious? My tip: the plum roast. Classically, this was a thick pork roast roll filled with baked fruit.

First, chop the plums, mix them, with the sausage meat and season. Cut a pocket in the pork and stuff with the plum-sausage mixture. Chop the soup vegetables. Heat the lard in a roasting pan and fry the meat. Add the soup vegetables and sauté. Bake the whole thing in the oven at 200° C for 45 minutes. Clean the Brussels sprouts and cut off the stalk. Simmer in salt water for about 20 minutes and then drain. My insider tip: pour a hot plum sauce over it before serving for a very special touch. 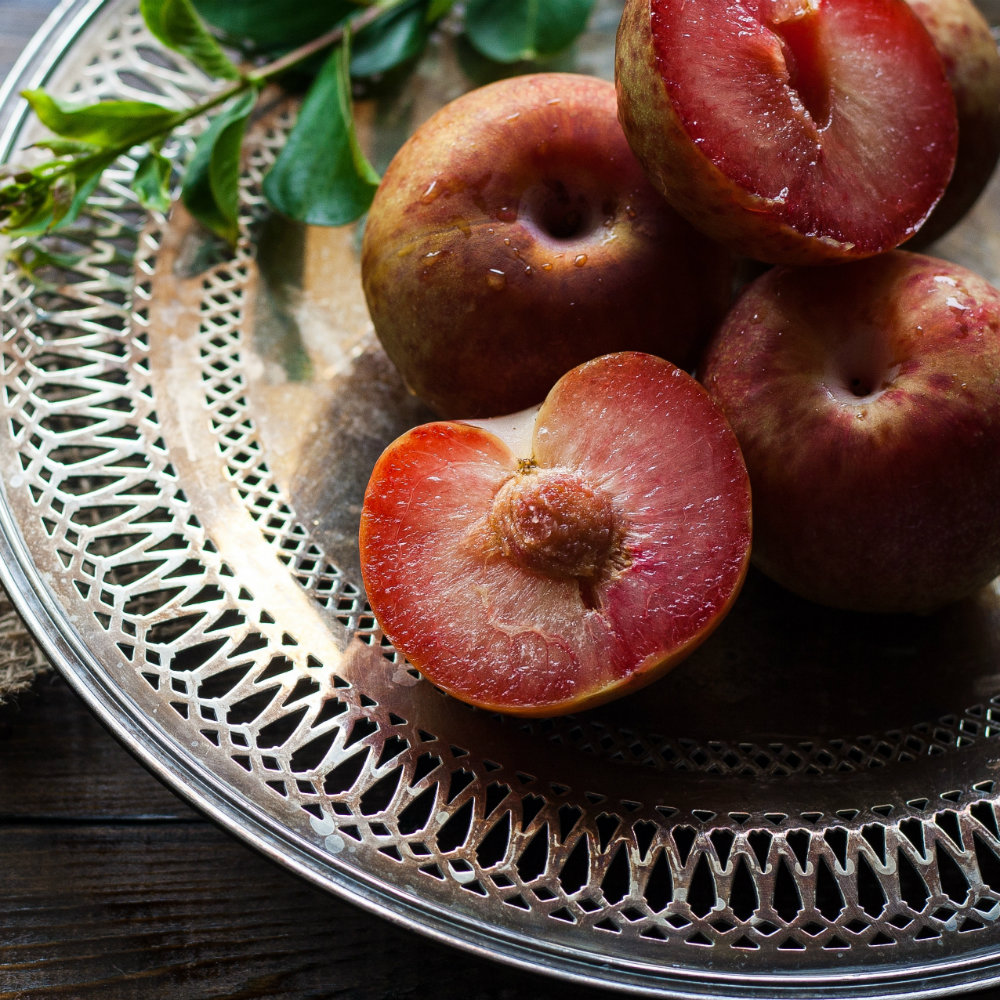 What makes the rib roast special in Mecklenburg are the plums ?

Tüften, the Gold of the Earth in Mecklenburg

The farmers here describe their potatoes as “Tüfte”. They’re the staple food in Mecklenburg-West Pomerania and shouldn’t be missed as an accompaniment to hearty meat or fish dishes. Kale, beets, or dried fruits are also cultivated regionally by farmers in Mecklenburg. Fresh and regionally grown simply tastes twice as good. 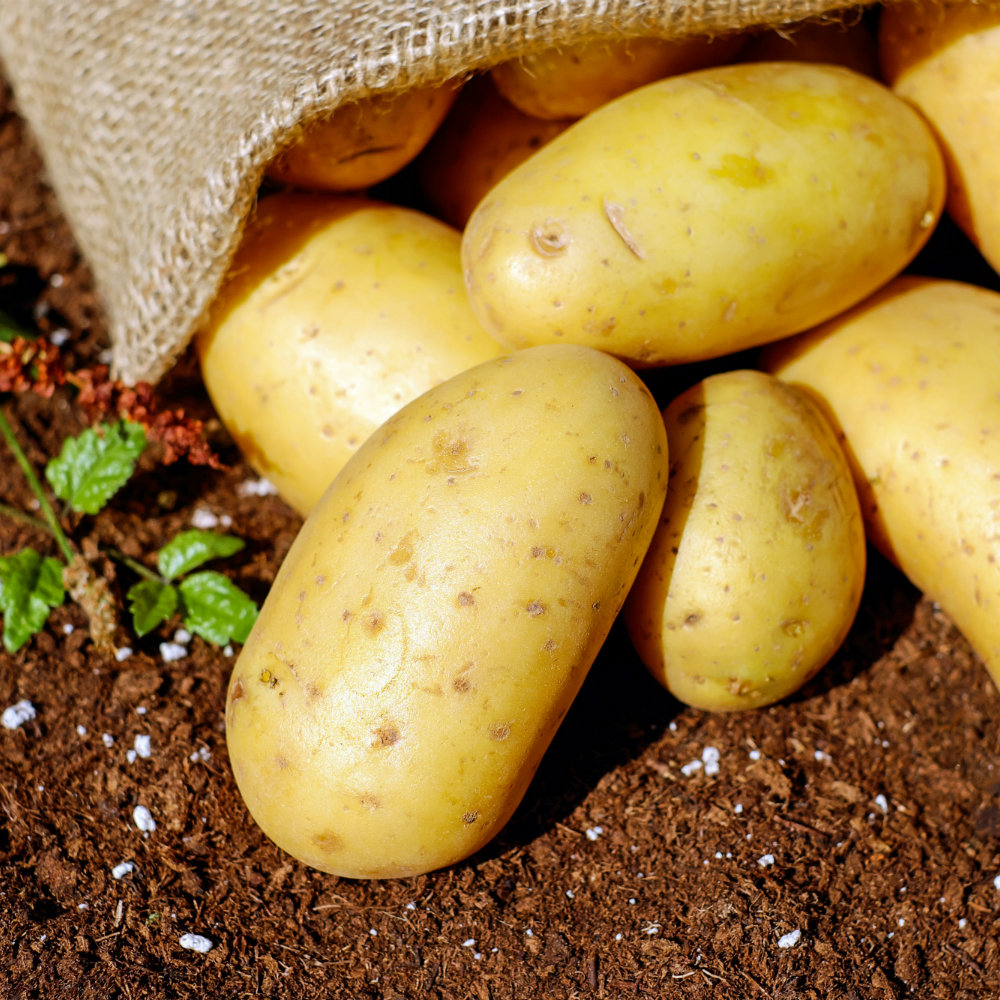 The sweet conclusion of every dinner. Mecklenburg cuisine promises several traditional desserts, which can be found on almost every menu at a good restaurant. My absolute favourite: Rode Grütt, or better known as “rote Grütze”. In Mecklenburg, the dessert is made from fresh berries. The whole thing is finally flavoured with cinnamon and served with a delicious custard. Sooooo good 😉

One of my favourite desserts from Mecklenburg cuisine: Rote Grütze

Ever heard of Klütersuppe? No? Then you have to try this dessert. It’s a fruit soup with “Klüten”, or small dough balls made from flour. Classically, sour cherries are used for the soup.

Here’s a simple recipe for making it yourself:

Klütensuppe
For 2 servings, you need:

For the soup:
1 jar of sour cherries
1 packet vanilla sugar

Mix the ingredients for the Klüten into a dough and let it set for 10 minutes. Knead again and leave the dough to set again for 10 minutes. While the dough is setting, bring the sour cherries to a boil in a large saucepan and add the vanilla sugar while stirring. Once the dough is ready, form small bite-sized dumplings and add them one at a time to the soup.
Of course, you can also eat the soup super cold during the summer.
Good luck and bon appétit!

If you’d also like to be pampered in a delicious restaurant with seasonal delicacies from the cuisine of Mecklenburg, then the culinary offer at the TUI BlUE Fleesensee is for you. An absolute treat, I promise! 😉