The summer is over in Europe, but the beaches on Djerba are still at their best. If I want to go to the beach, the beach of Sidi Jmour is my first choice. Sidi Jmour is also very popular with other islanders, because the beach is a bit isolated, quiet and away from the tourist centres of Djerba. The sand here is white as snow and infinitely soft. The water invites you to linger and splash around in every imaginable shade of blue while the waves clap the shore with white foam crowns. 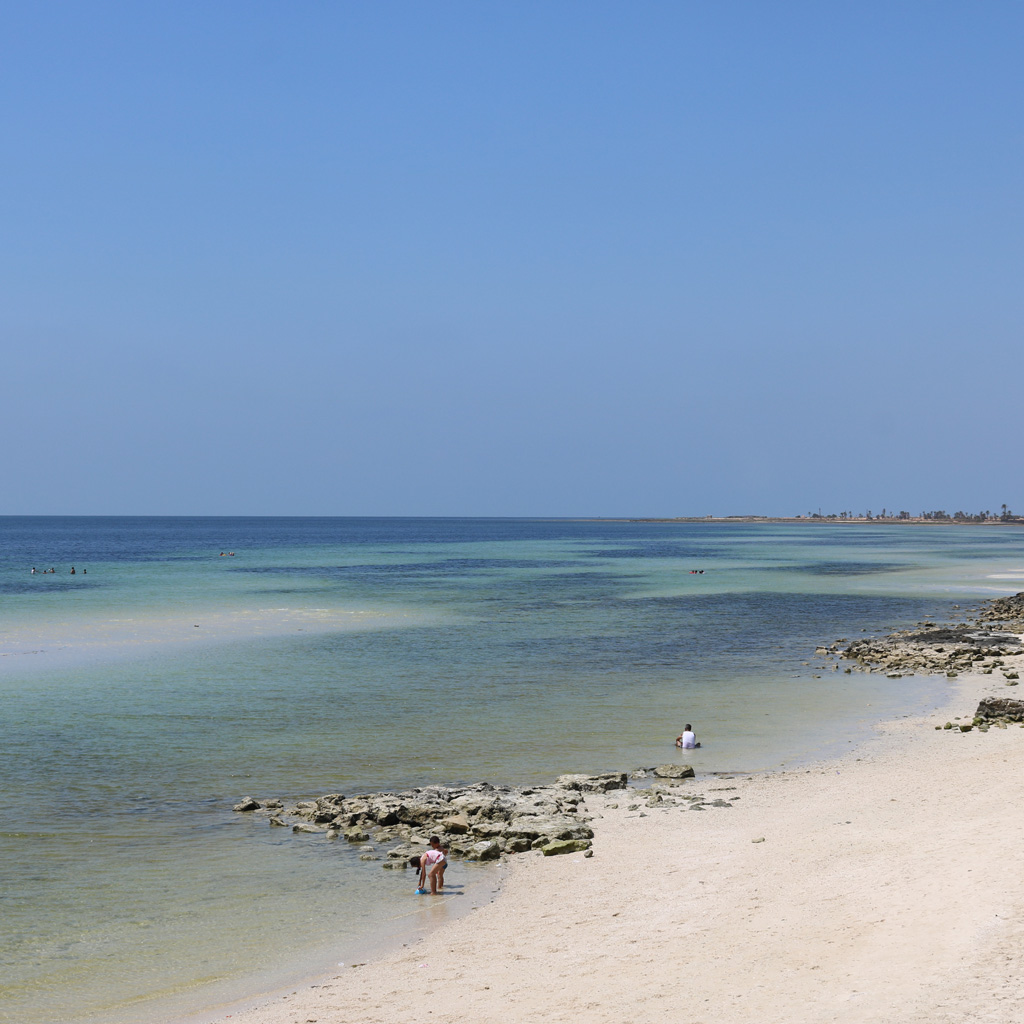 The sea shines in all its shades of blue.

It’s a beautiful place with its incomparable charm and is a must for romantic moments. It always makes me dream… The TUI BLUE Palm Beach Palace is located only about 28 kilometres from Sidi Jmour and a taxi there costs about 20 Tunisian dinars, about six euros. But the beach of Sidi Jmour isn’t the only beautiful thing here – there’s much more to discover! 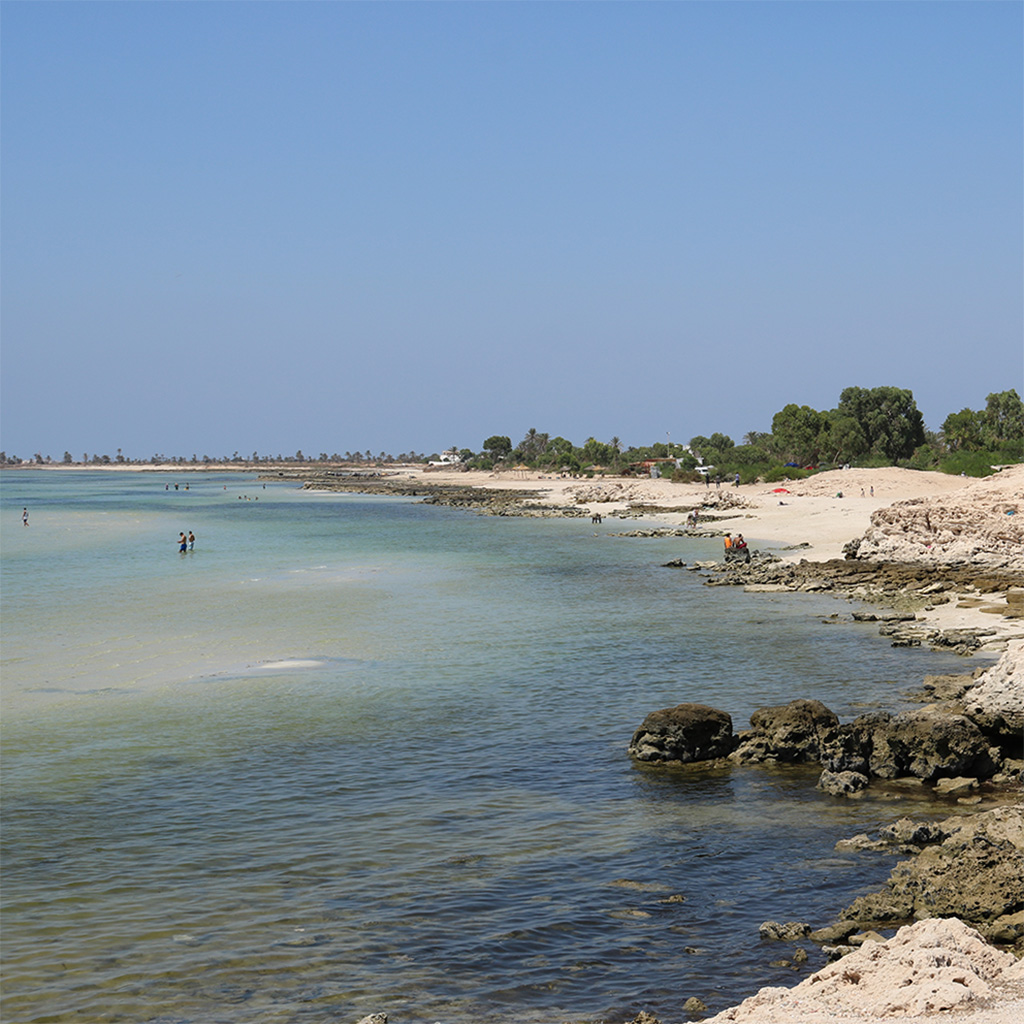 There are 365 mosques on the island of Djerba – as many places of worship as the year has days. But there’s one on the western coast of the island that you shouldn’t miss on your visit to Djerba: the Sidi Jmour Mosque. The best time to visit is in the late afternoon, as the setting sun makes this special place even more endearing. When the domes of the small, white fortress clinging to a rocky outcrop protrude into the glowing horizon, it results in unforgettable images of the Maghreb. 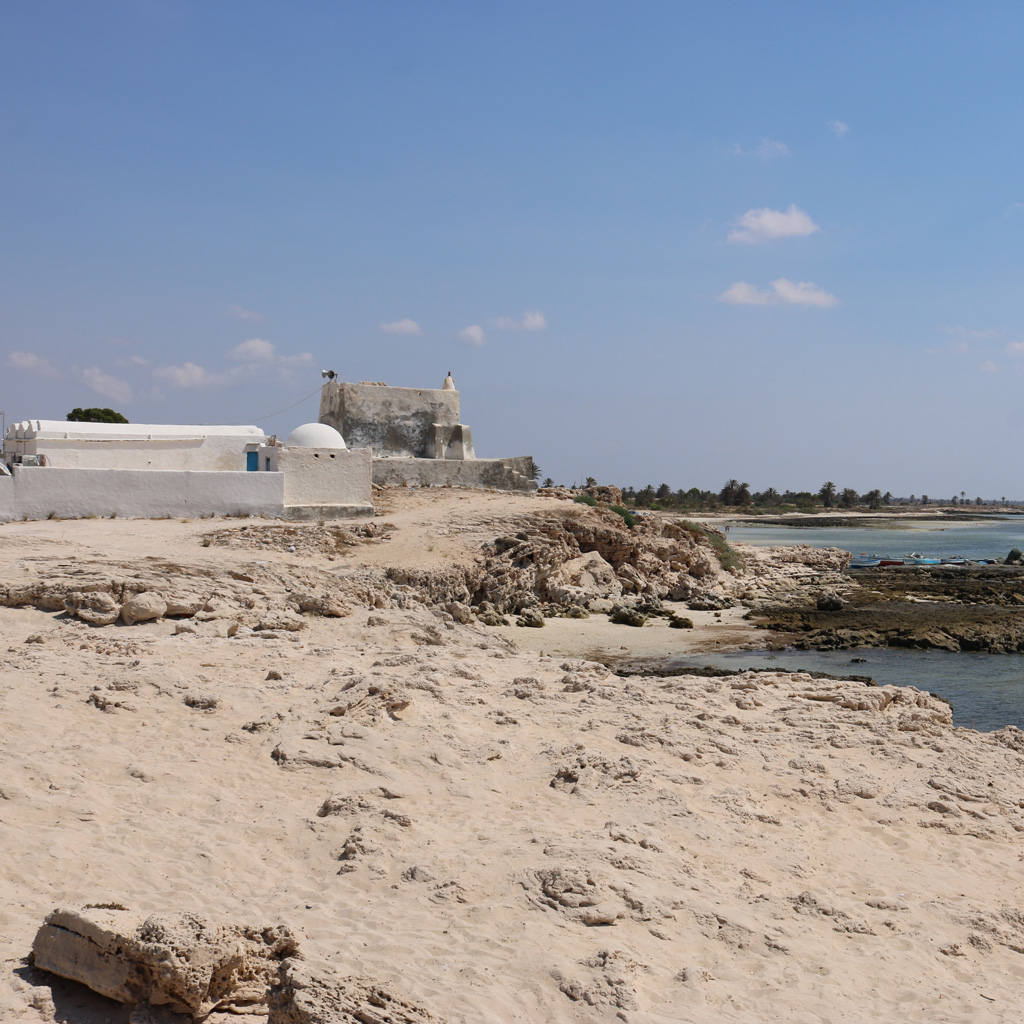 The Mosque of Sidi Jmour

In Islamic culture, a holy man is called a marabout. The first marabouts also played a military role. They lived in buildings on promontories or on the sea and warned their followers in case of enemy attack. After their death, the building became their grave. The mausoleums of the marabouts are pilgrimage sites today, where people come to meditate and pray, as with Sidi Jmour. 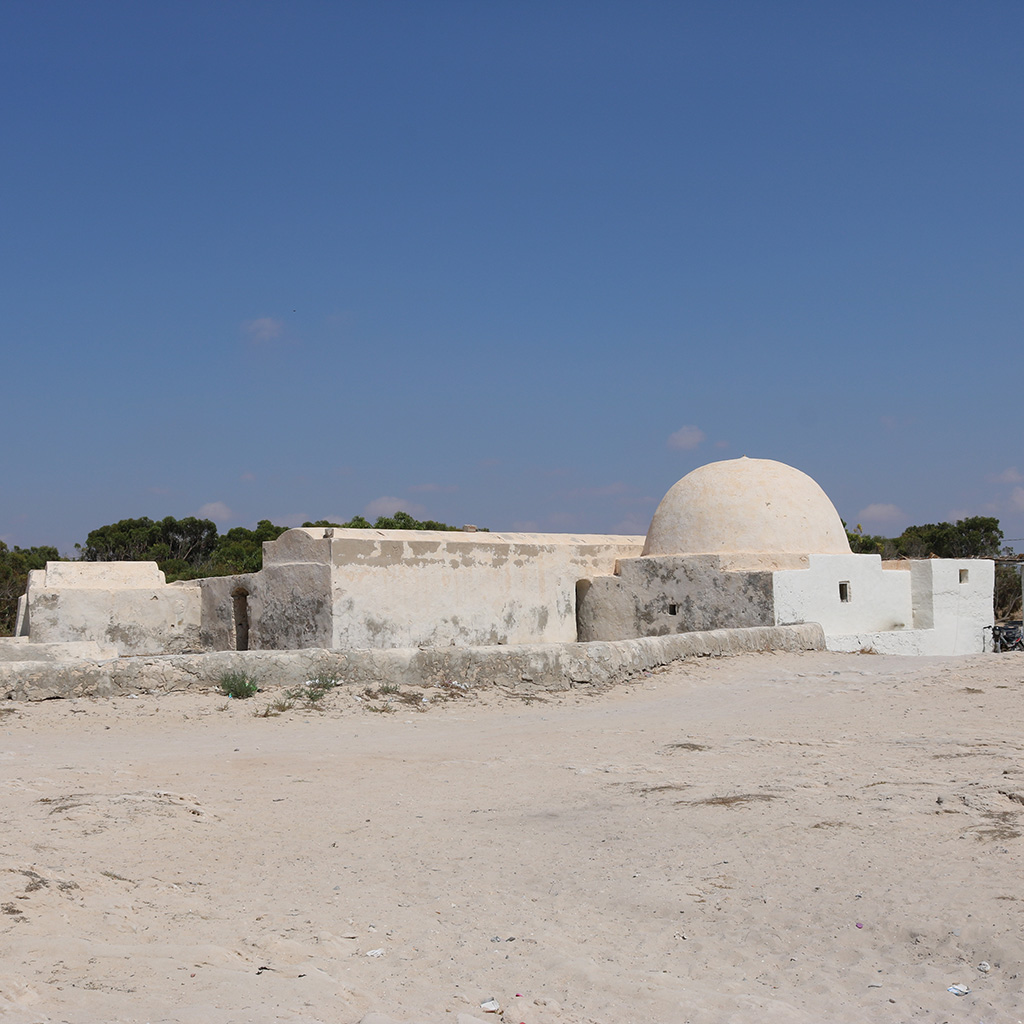 Originally, this event was an annual celebration dedicated to the saint Sidi Jmour, as the name of this annual pilgrimage shows, and a cow was slaughtered as a sacrifice to secure the saint’s favour. This event is called the “Festival Sidi Jmour” today. One of the essential features of this festival is the religious ritual during which the tomb is visited. The believers who come to the “Mquam” light candles and bring offerings. 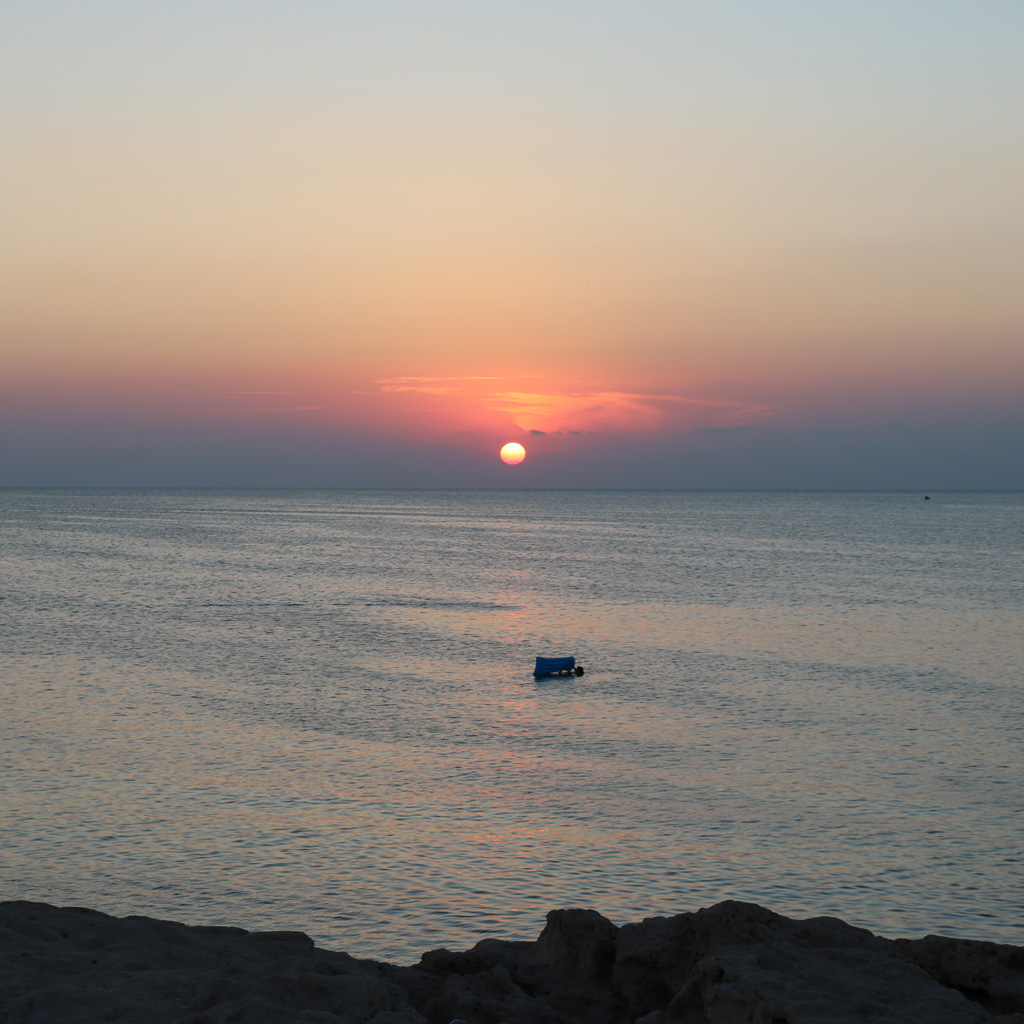 As I walk among the trees of Sidi Jmour, my eyes land on a traditional tent, which in Arabic is called “bit chaâr”. A tent in which a Djerban family camps. 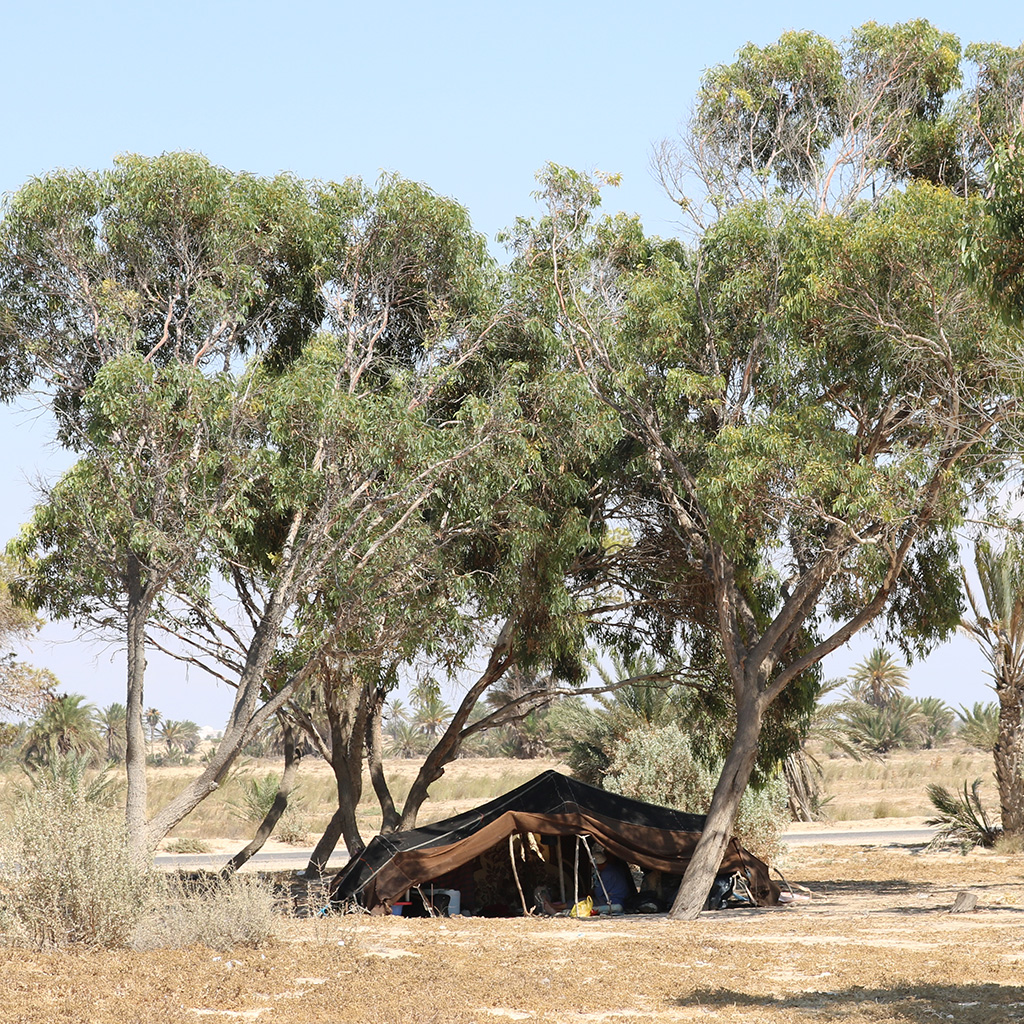 Local families are camped in the shade of the trees.

In July and August, Djerban families travel to Sidi Jmour and camp for up to a month in the shade of eucalyptus trees, on the edge of the turquoise sea, and with their feet in the golden sands.

Nestled near the famous Sidi Jmour is the restaurant “Le Petit Marin“. Here, I enjoy regional specialties when I’m in the area. The local dishes are lovingly prepared by the mother of the owner of this small restaurant using old family recipes. 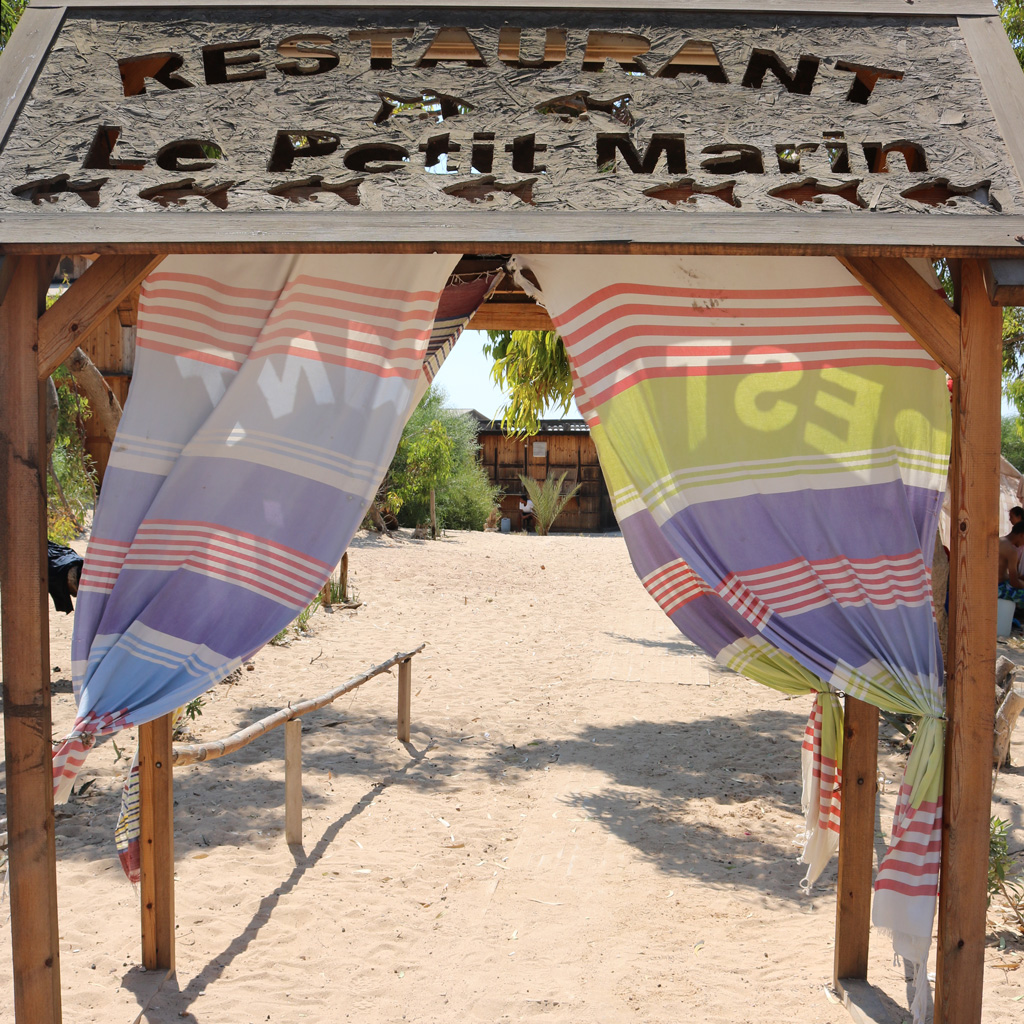 In this romantic restaurant on the beach, which is made of typical, Djerban wood and impresses with its fantastic location right on the beach, I take the opportunity to feast on grilled fish, fresh seafood, and Tunisian specialties. The constant soundtrack of the waves plays in the background while I and the other guests enjoy a sunset like something from One Thousand and One Nights. 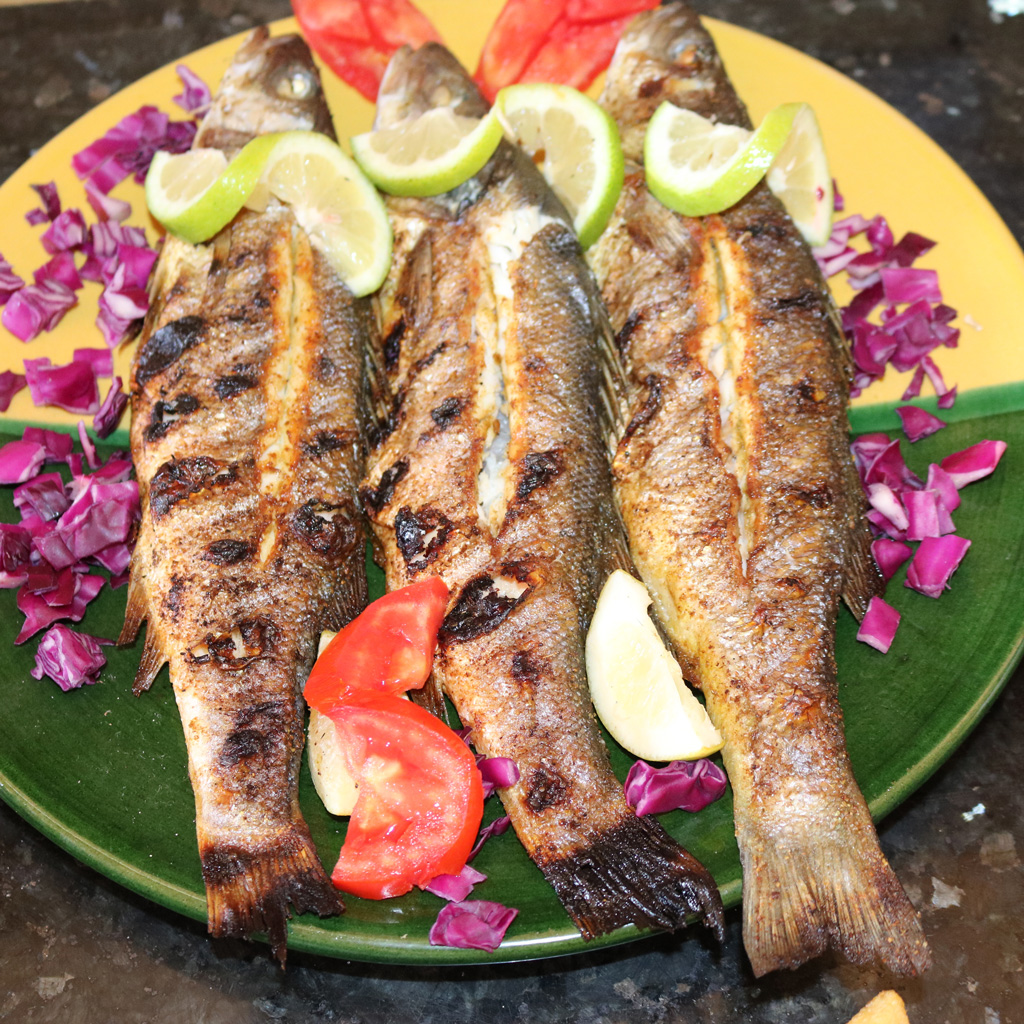 I also brought you a simple recipe from my trip… 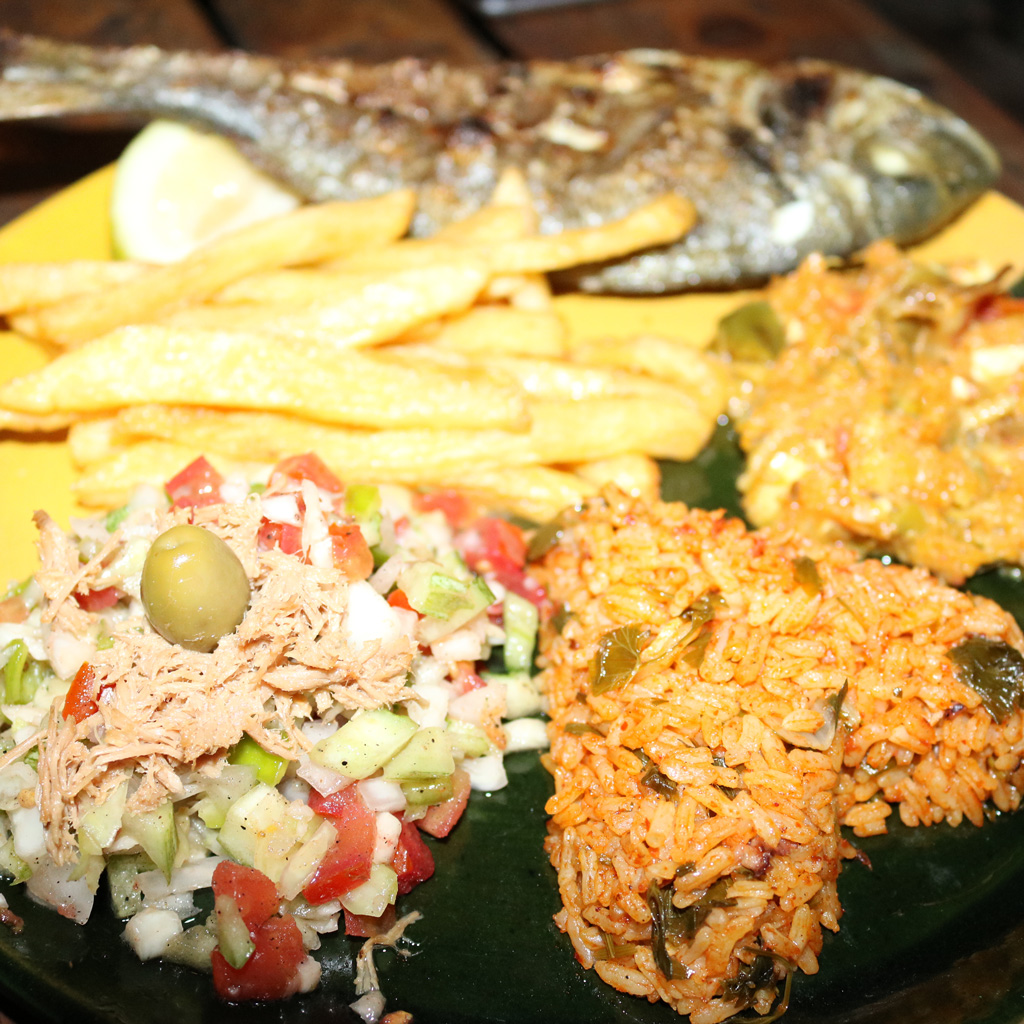 Rice is a typical side dish in Tunisia.

Mix all the ingredients in a large mixing bowl. Put the mixture in a couscous pot and cook for 30 to 40 minutes.

Preheat the rice for five minutes, so that the parsley and the green peas in the upper part of the pot retain their strong colour.

Bon appetit and see you soon on Djerba!

Djerba things to do Djerba Tunisia