Picturesque beaches, whether pebble or sand, meet idyllic and hilly rock landscapes and fishing villages – we’re talking about the sun-drenched islands of Brač and Hvar on the Dalmatian coast. The two beautiful islands can be easily reached on a day trip from the TUI BLUE Jadran.
Discover the highlights that await you on a tour to the islands of Brač and Hvar in this blog post.

If you look from your terrace or from the hotel’s beach to the sea, on the right you will see the island of Brač, and on the left the island of Hvar. The best way to reach the islands – it seems almost silly to say – is by boat. But there is also a road spanning the water to the magical islands. Thus, within 1.5 hours, you can either go from Makarska to Sumartin (Brač), or from Drvenik to Sucuraj (Hvar).
Wondering which of the two Croatian islands you would like to discover during your holiday at the TUI BLUE Jadran? Is the island of Brač or the island of Hvar more worthwhile? Or both? I have the ultimate island check for you. 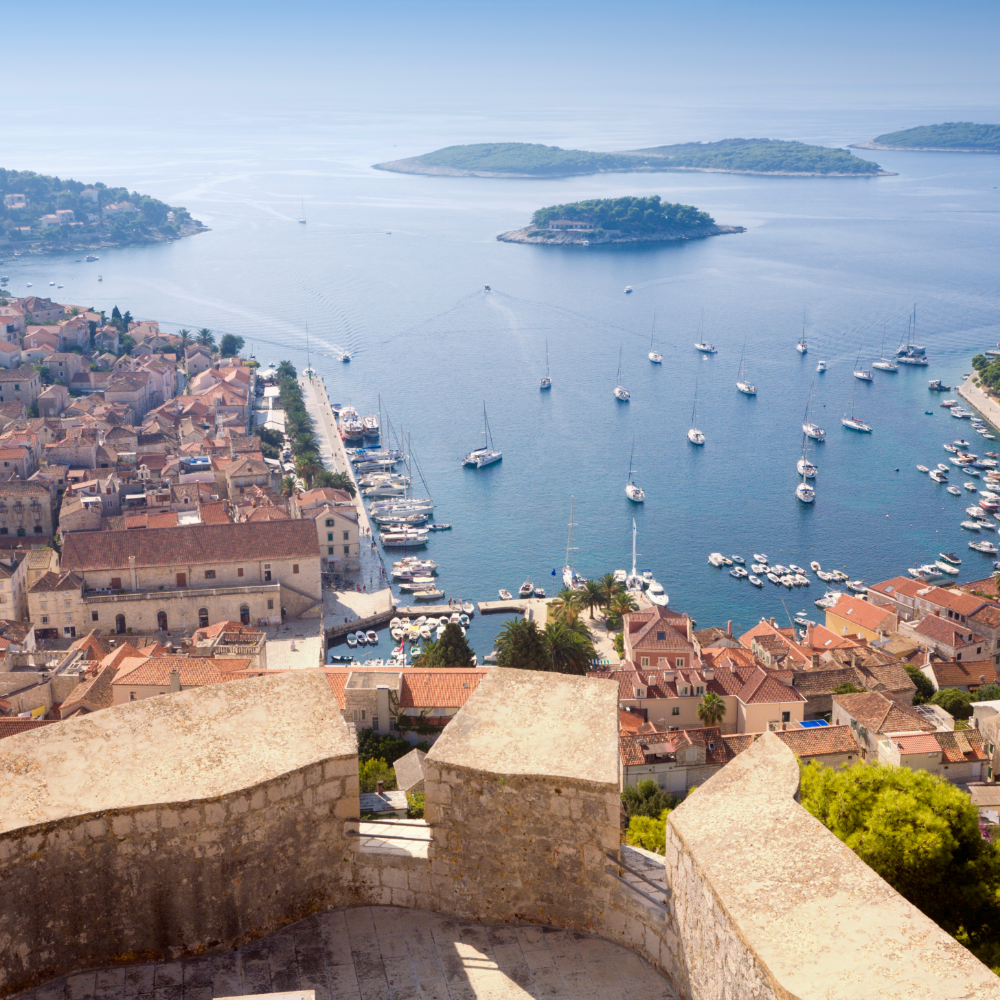 Fantastic view of the port of Hvar City – © canva, alexeys.

With an area of 395 km², the middle Dalmatian island of Brač is the third largest in the Adriatic.
I’d recommend either to drive from Sumartin by car directly to the island capital of Bol, or to take the boat to the port of Bol, because here you can find the hottest spots of the island.

Are you an absolute beach lover? Then you are on the right island on the island of Brač. Depending on the beach, you can expect snow-white gravel or fine sand, each kissed by the turquoise blue sea.
An absolute highlight of the island of Brač is located on the south coast, in the picturesque village of Bol. This is one of the most famous beaches in Croatia – the Golden Horn (Zlatni rat in Croatian). The Zlatni rat peninsula extends a few hundred metres into the sea.

The horn-shaped fine pebble beach makes the place one of the most beautiful sunbathing and swimming paradises in Croatia.
By the way: Depending on the ocean currents, the tip of the horn sometimes tilts in one direction or the other.

The range of leisure activities of surfing, diving, or paragliding is just as high as the offer of restaurants and bars, where you can taste the Mediterranean Croatian cuisine. Especially in the evenings, you can end your day with a delicious cocktail in the cosy beach bars. 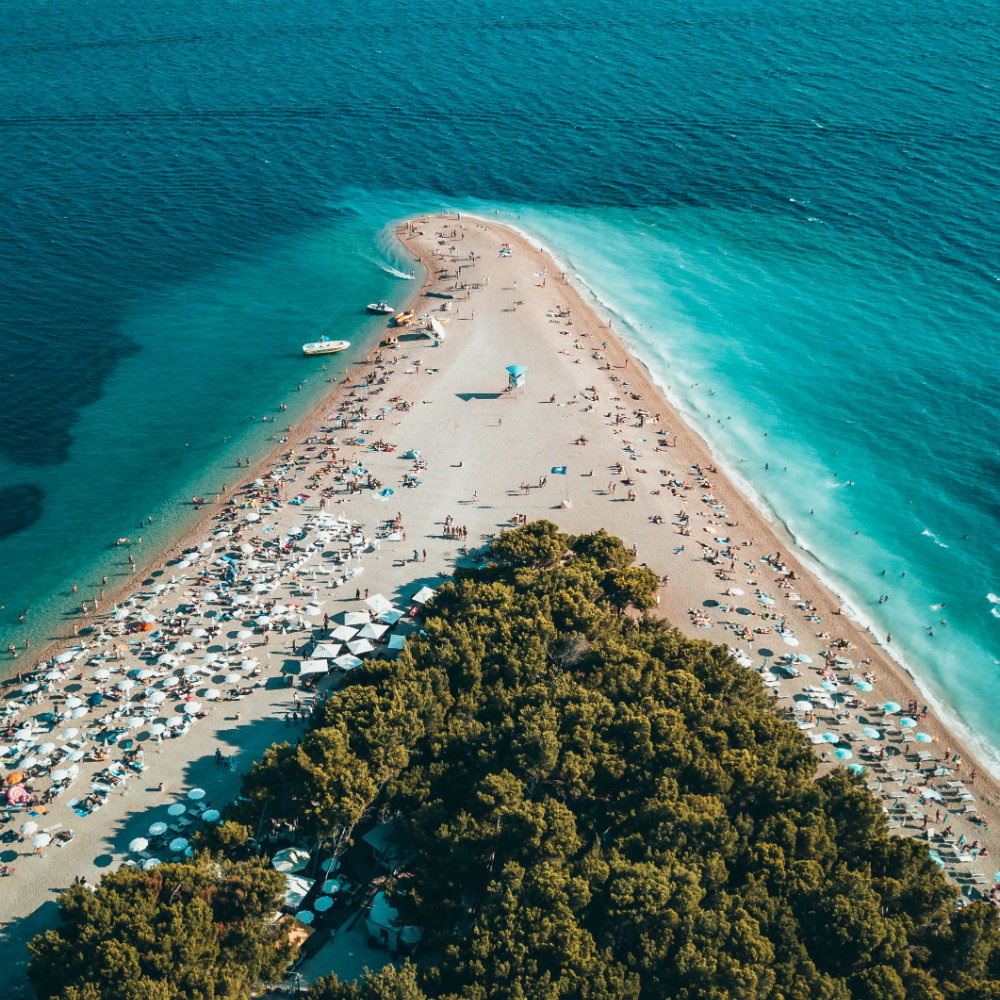 The golden horn on the island of Brač – © canva, Oliver Sjöström.

Furthermore, in fashionable Bol and in other villages, such as Supetar, Milna, Postira, & Pucisca, you can find everything your heart desires.
Enjoy the quiet and serene atmosphere in the charming fishing ports, stroll through the enchanting old town of the city, and visit the historic Roman and early Christian monuments. 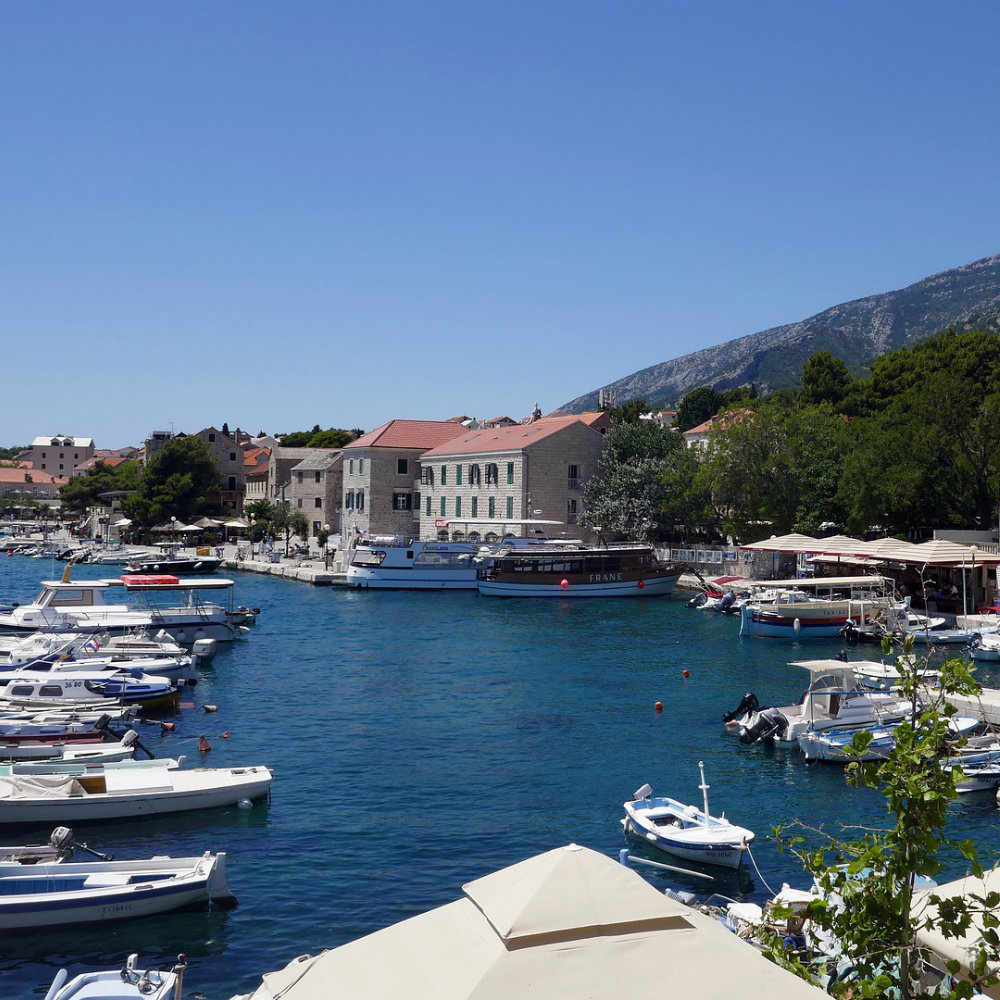 The port of Bol on the island of Brač.

The island of Brač has a lot to offer nature lovers and hikers as well: Above Bol stretches the massive Bolska Kruna mountain range. From here rises the 778-metre-high “Vidova Gora” (778 m), which marks the highest mountain peak on the Adriatic archipelago with the “Kostilko”, the fortress of the castle. 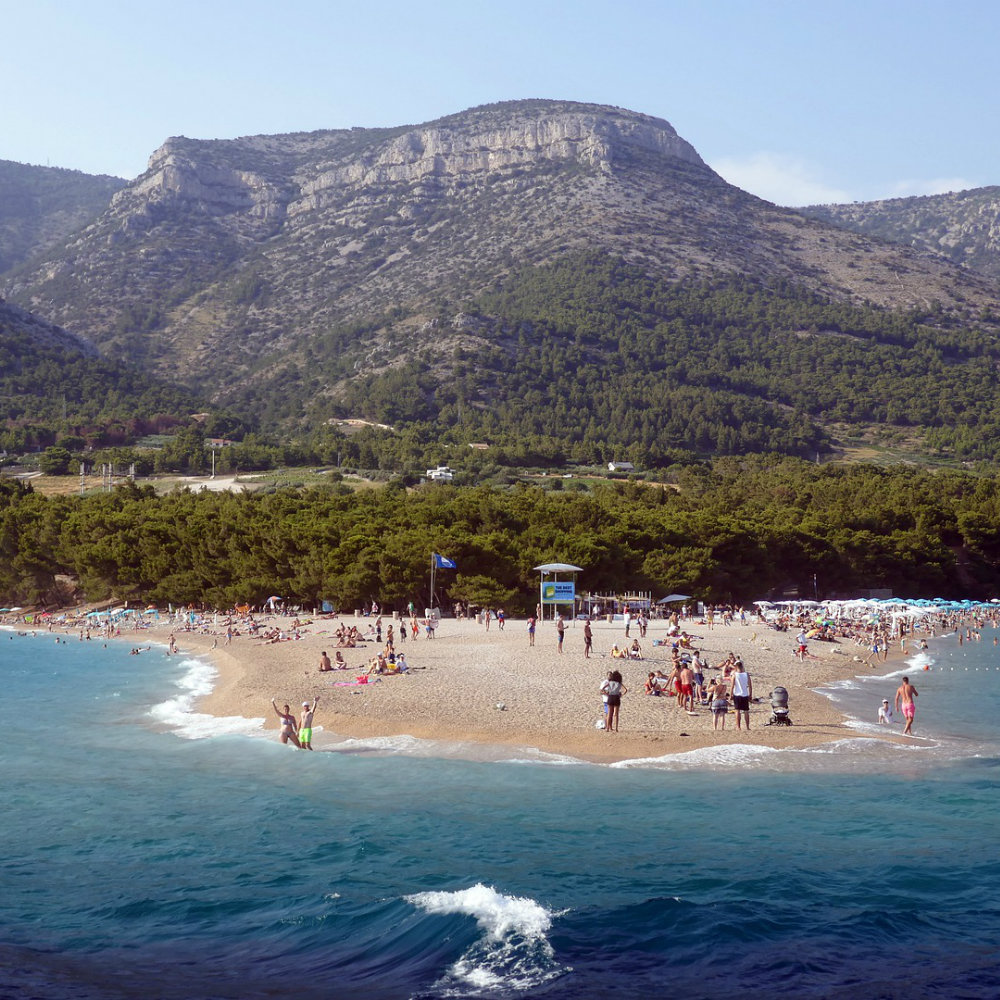 The mountain Vidova Gora behind the golden horn.

The Lavender Island of Hvar

Hvar is slightly smaller than Brač, with an area of 297 km². Upon entering the island of Hvar, the seductive scent of the lavender fields will fill your nose. After all, one of the highlights of Hvar is certainly the breathtaking splendour of the delicate purple and blue plant. Especially in the summer time, the herb begins to bloom and envelops the island in a sea of purple flowers, whose fragrance has a soothing and calming effect on body and soul.

Still looking for a suitable souvenir? In almost every village on Hvar, oil is distilled from the lavender flowers, making it a wonderful gift for home.
As on the island of Brač, Hvar’s capital city (also called Hvar) is well worth a visit.
Here you will find most of the island’s attractions, such as the fortress of Napoleon, the Sveti Sjepana Cathedral, or the harbour with its pretty cafes, restaurants, and souvenir shops. 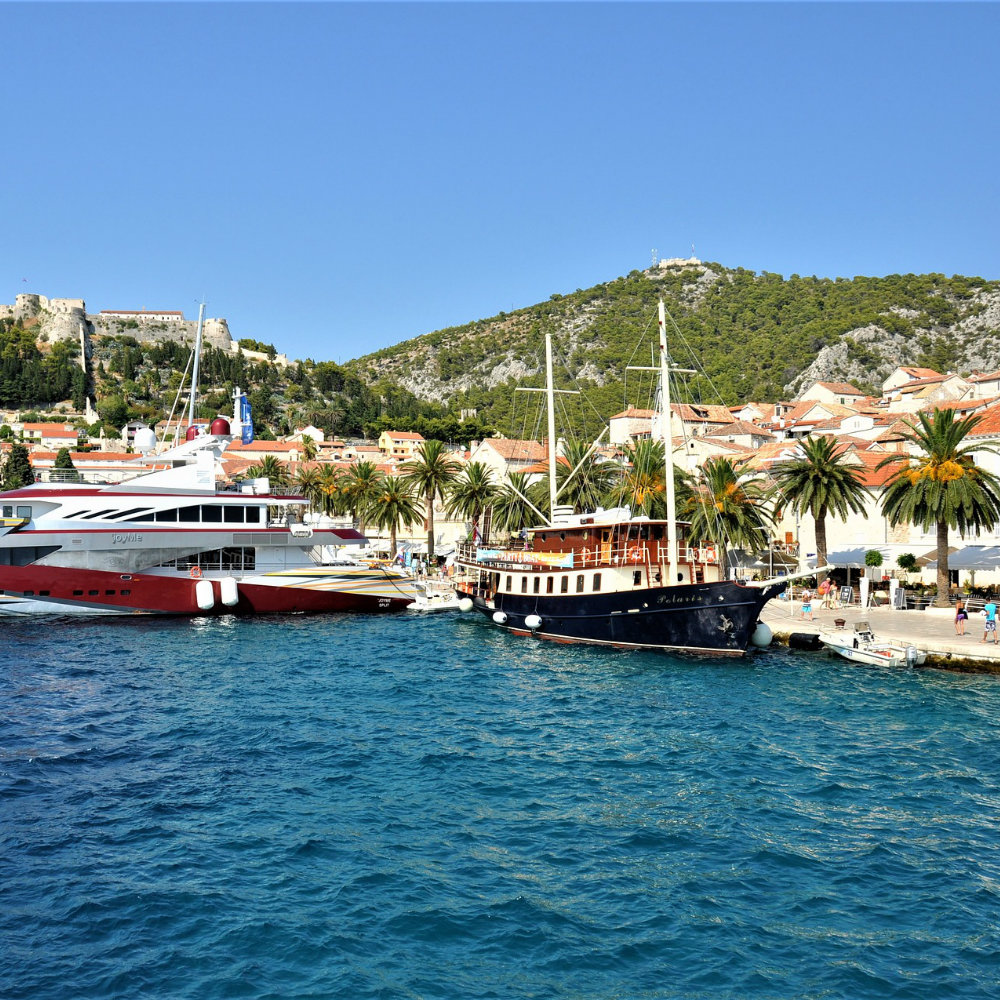 In the island capital Hvar, you can walk along the harbour.

Did you know that Hvar is considered the sunniest island in Croatia? Of course, Hvar is also decorated with beautiful pebble and sandy beaches. The azure sea and the beauty of the forest create an idyllic atmosphere.

Are you particularly interested in historical sights? Then I recommend a trip to the oldest settlement of Hvar, Stari Grad (English: old city). Some of the most impressive sights include the ancient cyclopean wall from Greek times before Christ, and the birthplace of Petar Hektorović, famous poet and universal scholar of the Renaissance. 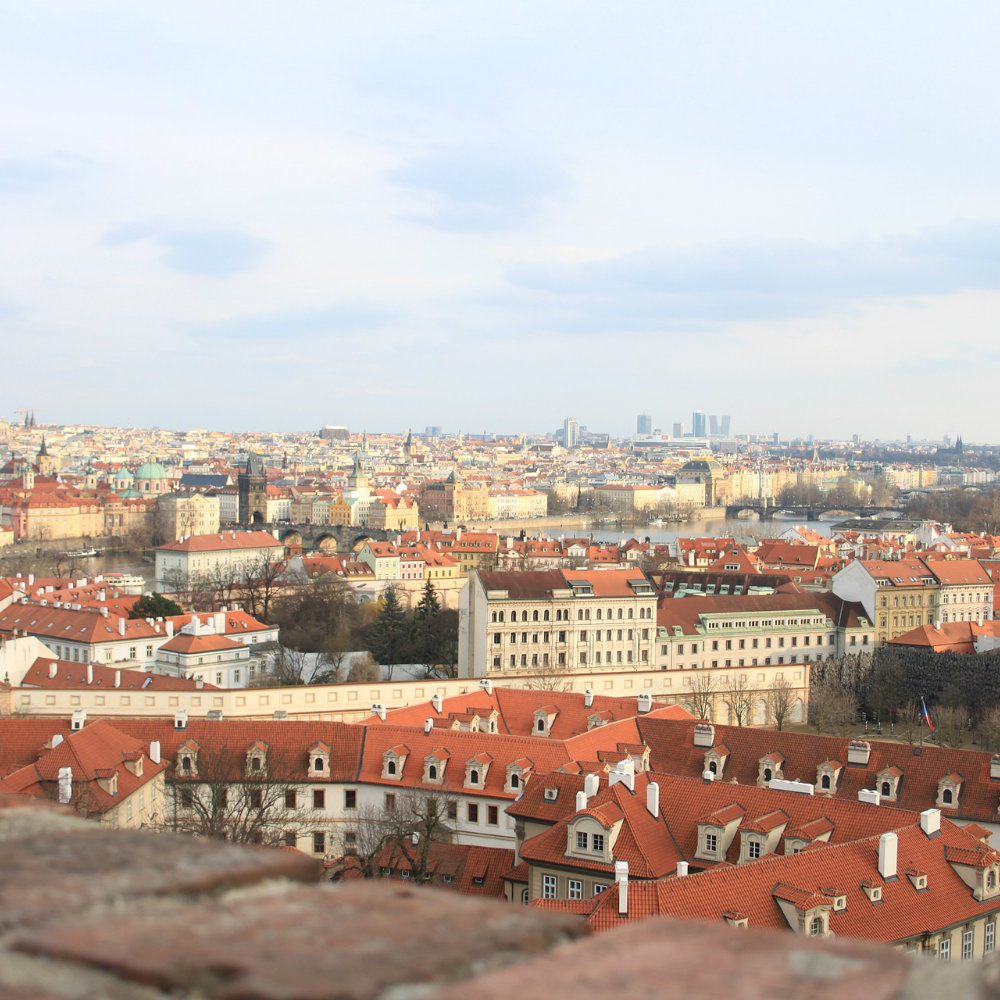 The islands of Brač and Hvar in the island check

I rated the two islands in the following categories and compared them in the ultimate island check:

When it comes to beaches, the island of Brač is clearly ahead of the game. The stunning Zlatni rat beach impresses visitors with its uniqueness, form, and versatility.

The massive mountain range above Bol, which attracts hikers and other active holidaymakers to explore the unique rock landscape, offers a stark contrast to the relaxed and beachy atmosphere below.
Hvar, on the other hand, scores points with other natural wonders. Above all, of course, the fragrant lavender fields, which radiate their powerful purple colour and aroma, especially in summer.
In the category of natural splendour, both get a point.

In terms of culture and history, Hvar has something more to offer. Historical sights abound particularly in Stari Grad, Jelsa, and the capital city of Hvar.

Thus, it is 2: 2 – a tie.
Whether on Brač or on Hvar, both Dalmatian island are simply gorgeous.
Which island is your favourite? Let me know in the comments.
Of course, the best way to visit both islands is to experience a wonderful mix of beach, culture, and nature.