Our hotel – TUI BLUE Grand Azur, is located in the middle of the Turkish city Marmaris. In front of you the sea and the gentle hills of the Turkish Aegean Sea, behind which the golden sun rises. The sun, rising gently behind the hills, drops its light in soft dappled pools on the grass, still moist with morning dew.

Tolga, our guide for the trip, greets us all with a warm welcome, meticulously checks our bikes are working properly and after confirming with a grin that they have the correct number of wheels, off we go at a cracking pace down the country lane on the first leg of our adventure. The road takes us up behind the hotel and it rises sharply for a couple of tough minutes. Even Tolga stops talking as the pace drops and we battle with the hill. The view at the top is worth the brief struggle however and Tolga assures us there’s better still to come. 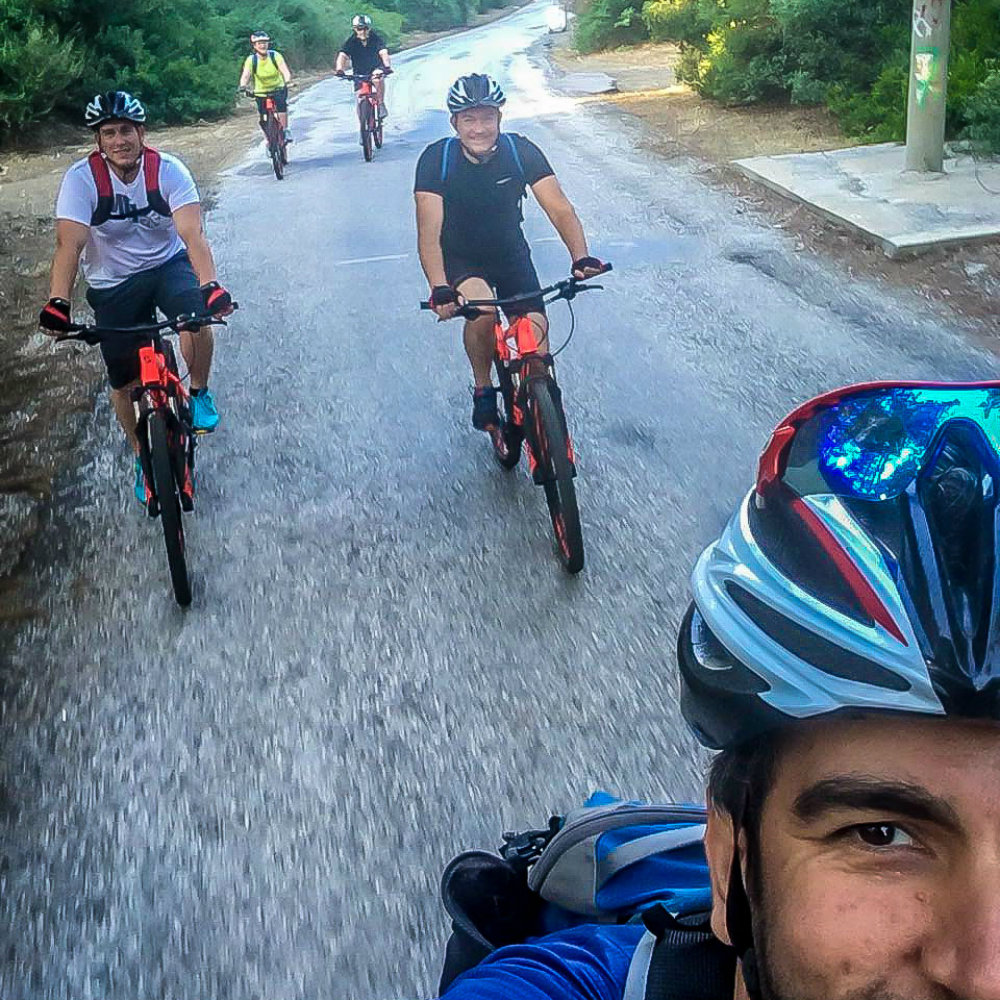 MOUNTAIN BIKING IN AND AROUND MARMARİS

I should tell you a bit about Tolga. He lives for biking. We met last year when I visited his shop to upgrade mine. I proudly boasted to him that I’d once cycled 200km in one day, hoping he’d be impressed and was suitably humbled when he quietly mentioned that he’d just returned from a trip to Egypt. By bike. When you venture out of Marmaris onto the Bozburun peninsula and beyond, you’ll see many red signs pointing you off road and into the hills and mountains that form our breathtaking landscape. It was Tolga and his mates who discovered the tracks and decided to put them on the map so everyone could have the chance to discover the natural treasures offered by this stunning region. 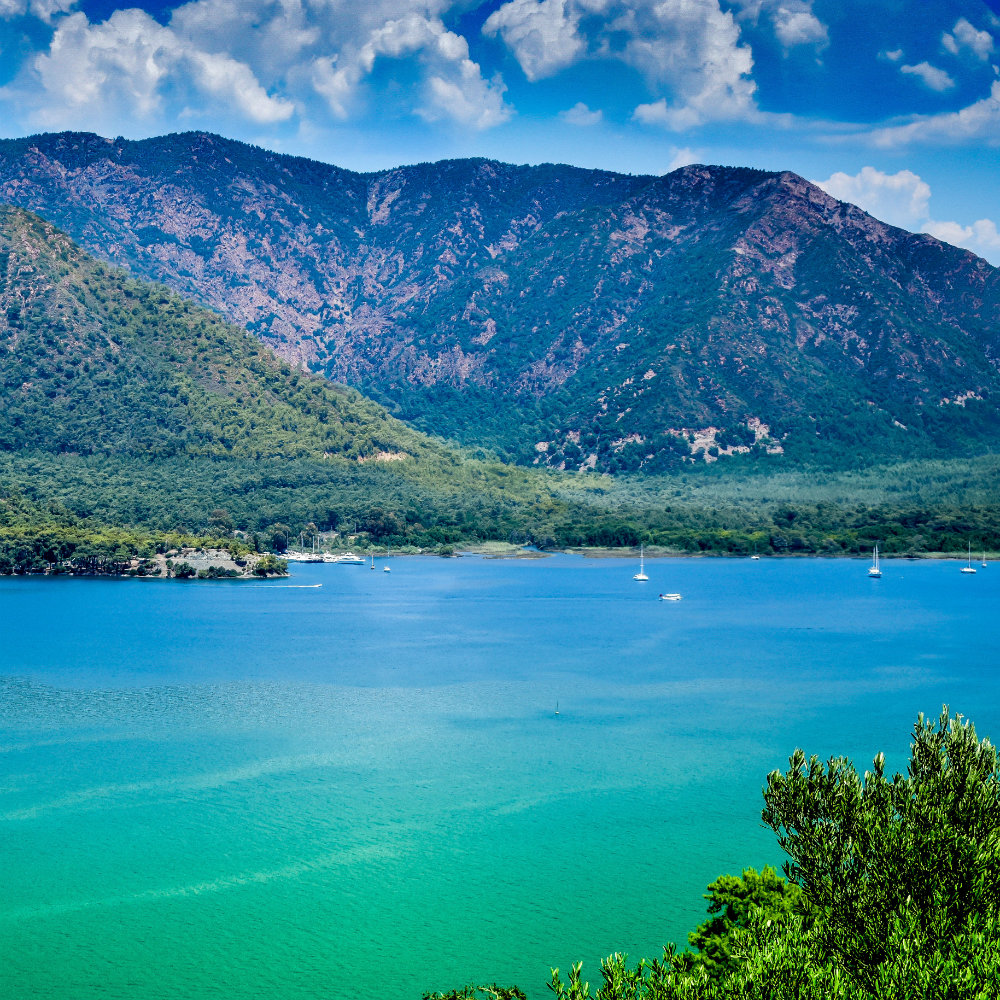 Bozborun Peninsula – the view while biking

After a brief stop to catch our breaths, we whizz along the flat causeway and in a couple of minutes find ourselves on the gently winding uphill track on the island. Paradise Island, it’s called and I can see and hear why. Lush vegetation and dramatic views of the bay are around every corner. The early morning bird song is replaced by a chirp-chirp cacophony which intensifies along with the rising heat of the sun.

‘What’s that noise?’ asks one of the party.

Tolga explains. ‘It’s the Cicadas. Imagine pulling your ribs backwards and forwards towards your spine 400 times a second. This is what the Cicada does to create that sound, the loudest of which has been recorded at over 120 decibels. Cicadas live on every continent on Earth apart from Antarctica and there may be as many as 11 billion of them to each square kilometre’.

THE ANCIENT HISTORY OF NIMARA CAVE 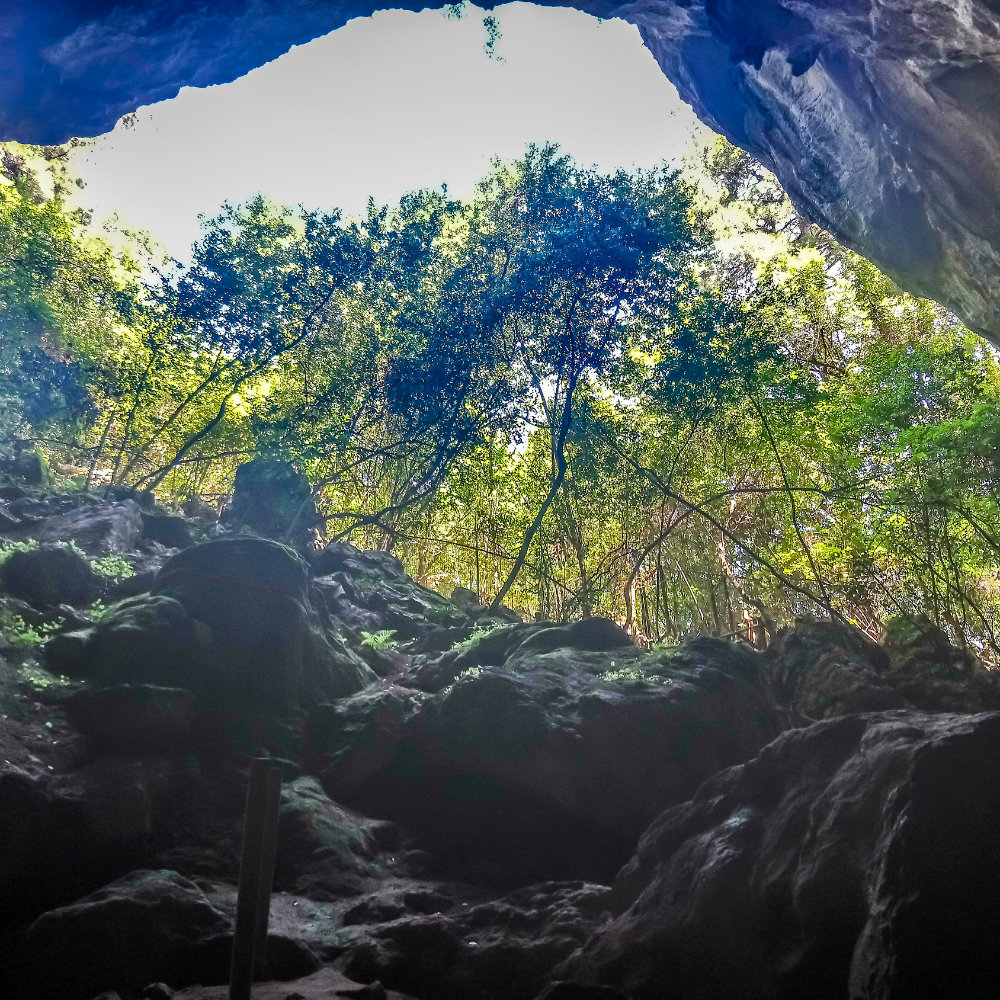 Impressed with his knowledge, we continue along our way and soon turn off the track onto a narrow and rather bumpy path which leads to the cave entrance. Eager to get out of the sun, we leave the bikes and mount the ancient stone steps which lead to the cave. The inside of the cave is refreshingly cool and brings with it a faint smell of damp rock. The more we descend, the wider and bigger the cave becomes. It’s like a giant, benign, yawning mouth which beckons us to venture further until we reach the bottom. Here, we are welcomed by man sized stalagmites, still moist with the drip, drip, drip of water from the cave roof. 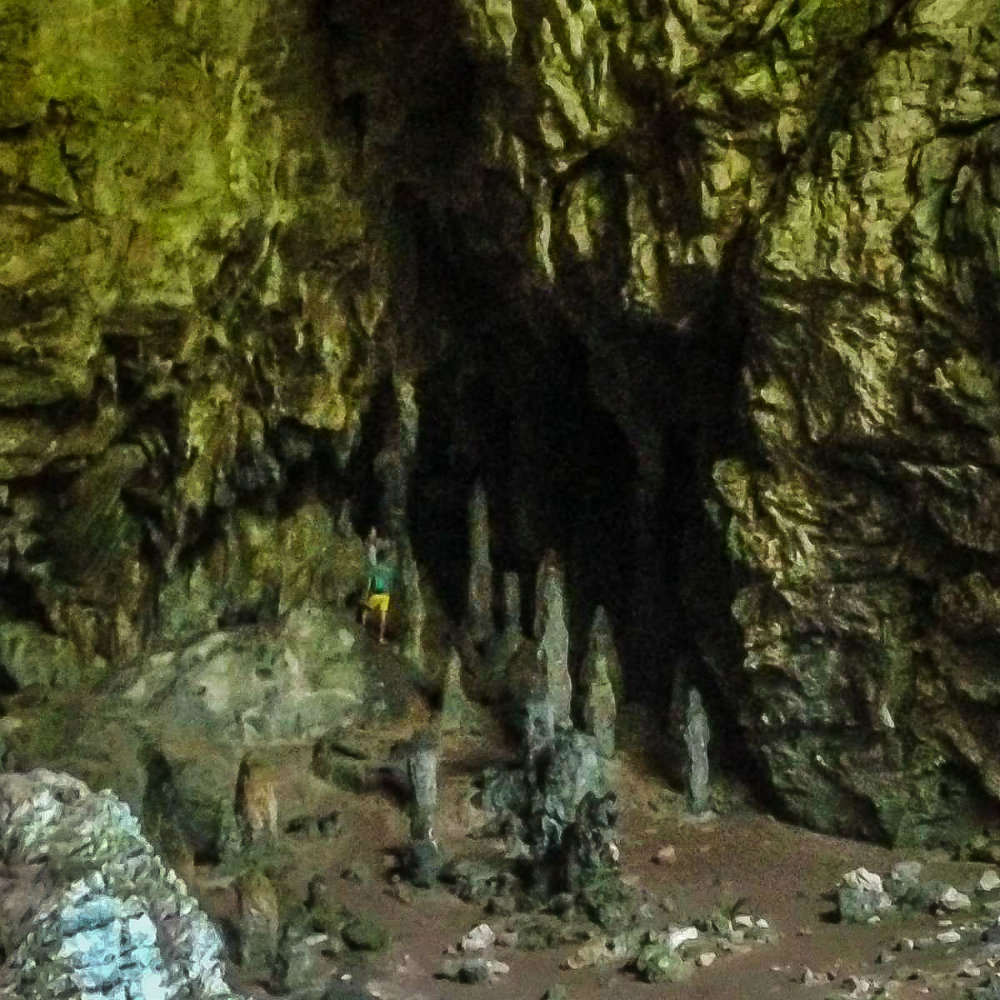 Stalagmite in the cave

Again, Tolga delights us with his wisdom and we learn that Nimara Mağara, as it’s called, fairly recently rediscovered, showed signs of human inhabitation dating back some 12,000 years. Many relics from this period have been found and are now exhibited in the Marmaris castle museum.

We leave the dank, shady haven and after picking up our bikes, continue up the hill, some of us walking this time, to see the promise of a view which would make the toil worthwhile. And it is. From the highest elevation on the island, the vista is unparalleled; across the vast, azure expanse of water, some 12 nautical miles to the south, the next landfall is the Greek Island of Rhodes. 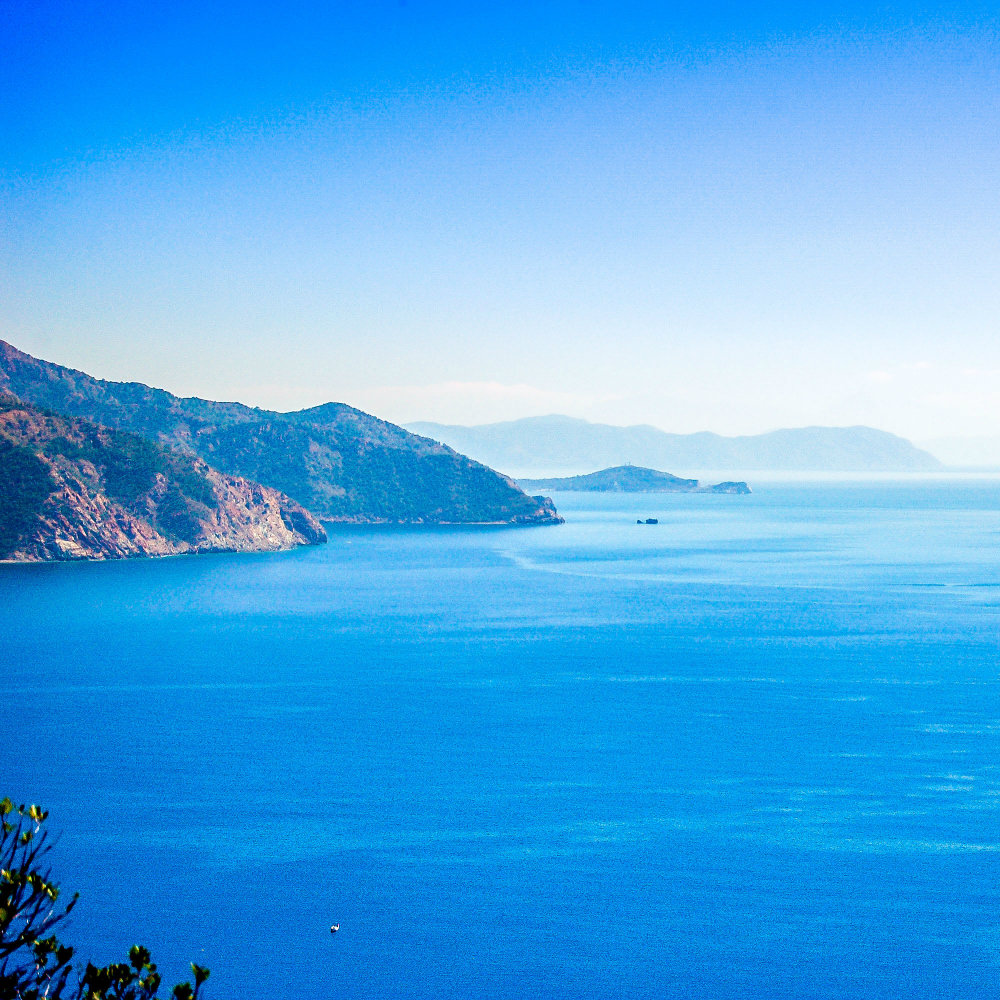 The distant Greek Island of Rhodes

AN ABUNDANCE OF WILDLIFE

With renewed vigour, we start the easy descent back down the hill on our return journey. As if to congratulate us on our adventure, we are met along the way by a curious lizard, who briefly stops to raise his head, nod in deference and then continues to bask idly in the late morning sun. 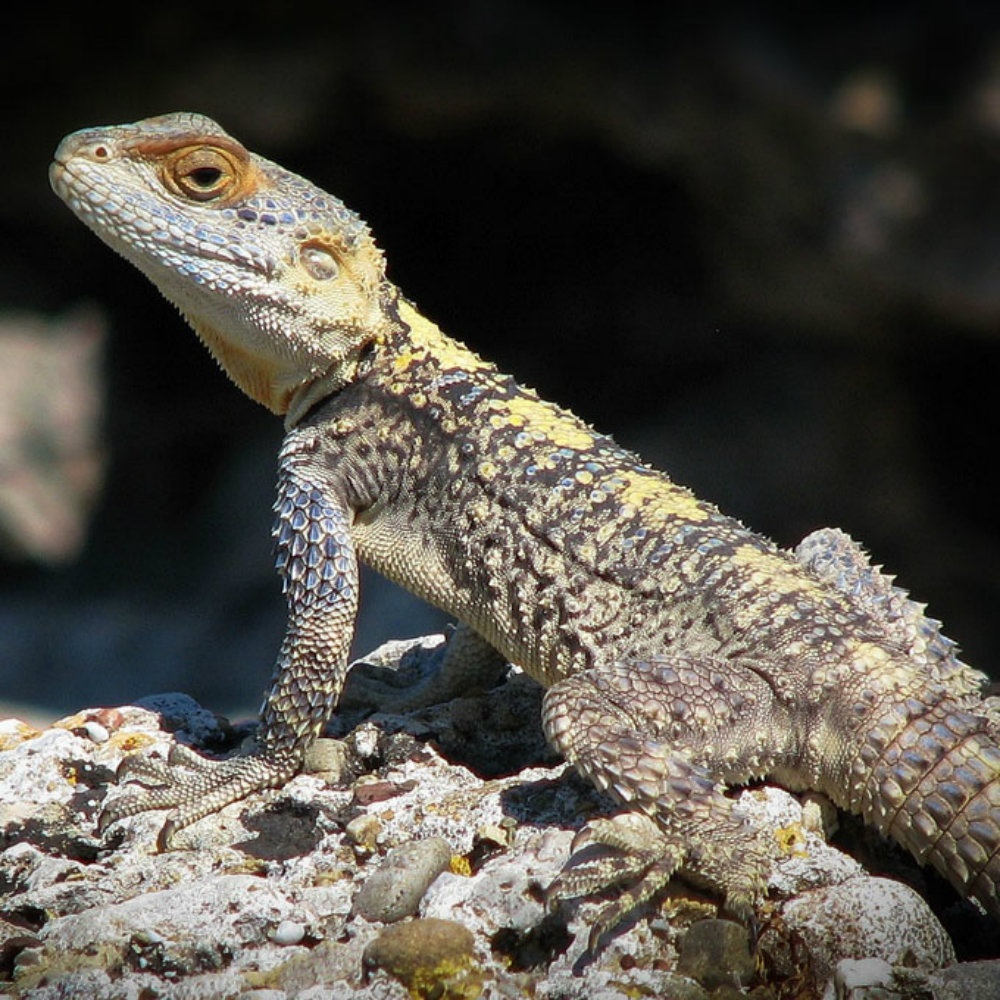 Lizard spotted on our tour

Just a couple of hundred metres further down the track, we all skid to a halt as the most beautiful snake, languorously winds its way across the stones in front of us, its body shimmering iridescent purple, dark blue and black in the light; its head, an almost perfect diamond. It’s almost 2 metres in length and a totally harmless grass snake, Tolga reassures us, as it gains speed and disappears into the rocks and out of sight, far more afraid of us and probably rightly so. 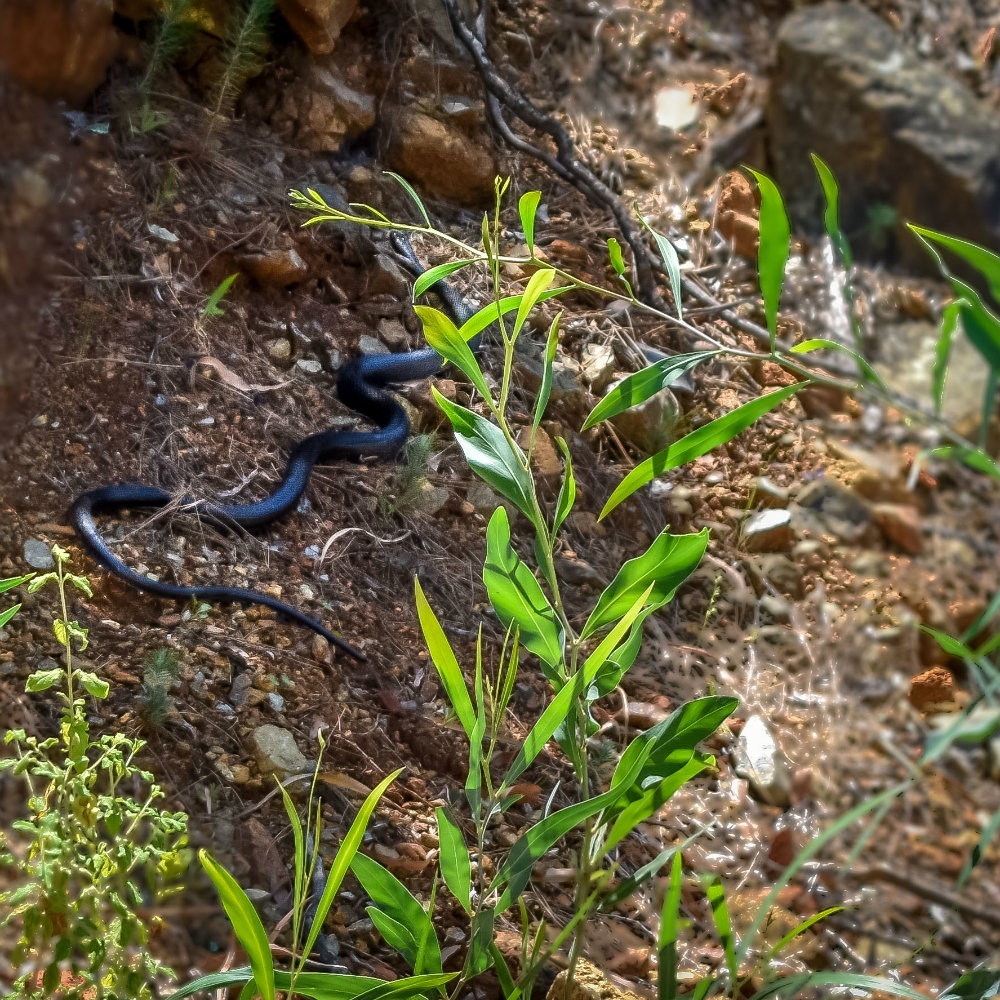 A snake in the wild

As we are winding our way back down towards the marina, we pas cluster upon cluster of rudimentarily made blue and white boxes. Having lived in Marmaris for many years I knew what they were, but I allo Tolga to explain that the province of Muğla is the biggest honey producing area in Turkey with our region accounting for around 90 % of global pine honey. The boxes we pass are beehives, strictly controlled when placed near urban areas and the island we visited has a quota of 300 hives. It’s good to know that whilst bees are on the decline worldwide, posing a tangible threat to global food production, that there is an awareness here of the importance of these essential creatures. The honey museum in nearby Osmaniye provides training courses for would be beekeepers. 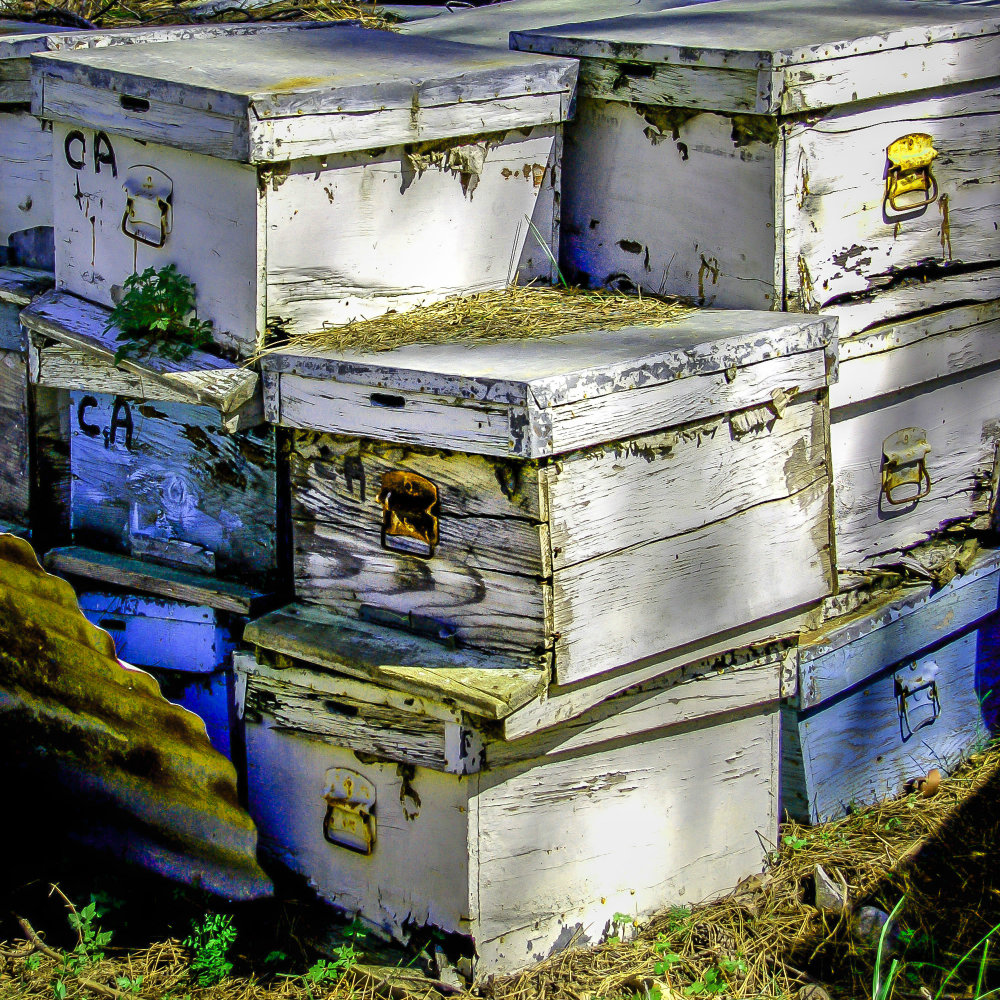 Before we make our final descent, we stop to take in the breathtaking view of the bay which unfolds before us and as if by magic, another islet suddenly reveals itself. From the hotel, it appears to be part of the main island, but from our vantage point, it appears as a vast, sleeping crocodile, with tiny yachts moored in its shadow. 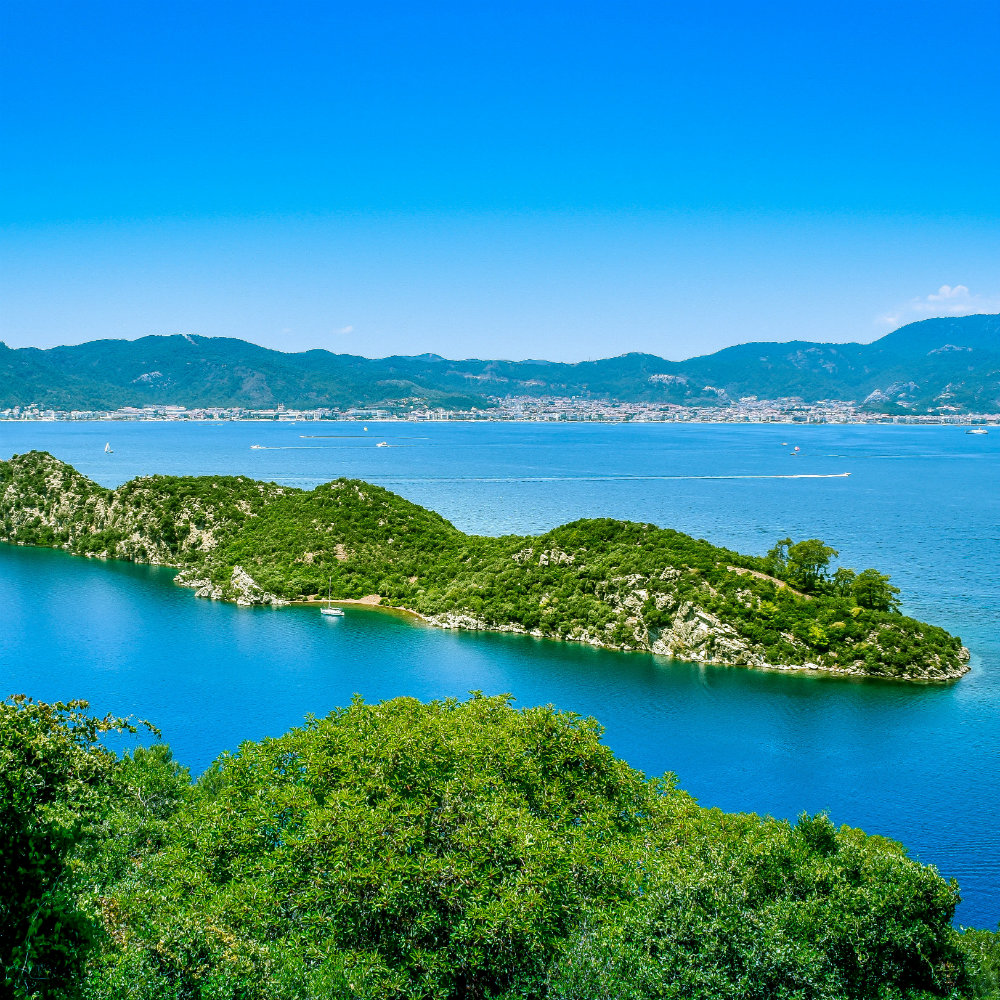 Sleeping crocodile – view of the island

We arrive back at the hotel, tired, thrilled, a little bit wiser and completely ravenous. Final stop, lunch!